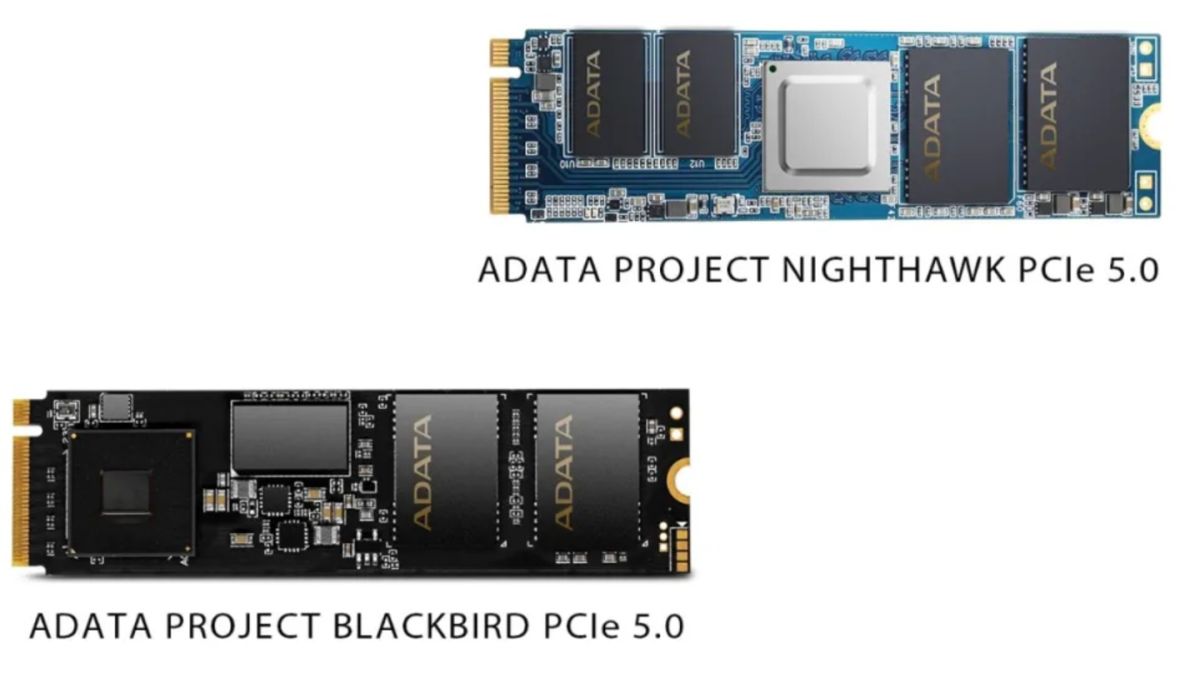 ADATA announced some products that will be displayed at the CES booth early next month.It seems that there are many exhibits, but one that caught our attention A pair of prototype PCIe 5.0 SSD. Don’t they have some amazing specifications!

The prototype PCIe 5.0 drives are named Project Nighthawk and Project Blackbird. They will all support PCIe 5.0 x4 interface and NVMe 2.0 protocol (including mechanical hard disk support!). The capacity of these two drives can reach up to 8TB. I want one. No, I want two.

The Nighthawk hard drive uses the Silicon Motion SM2508 controller, which can provide sequential read/write speeds of up to 14/12 GB/s. This is basically twice the fastest PCIe 4.0 drive. The Blackbird drive uses the InnoGrit IG5666 controller, and the speed can reach 14/10 GB/s.

But there is still a problem. Intel’s 12th generation platform does support PCIe 5.0, but support is limited to PCIe slots. The M.2 slot only supports up to PCIe 4.0. But this does not mean that you cannot take full advantage of PCIe 5.0 SSD. You only need to use an M.2 adapter and have a motherboard that supports at least two PCIe 5.0 slots, such as Asrock Z690 Taichi. This way you can run the GPU in one slot and the PCIe 5.0 SSD expansion card in the other slot.

Of course, the performance of PCIe 5.0 SSD in the real world remains to be seen. Sequential speed dominates the headlines, but what impresses us more is the random performance and IOPS. If they meaningfully surpass the best PCIe 4.0 drives, including the WD SN850 and the excellent Seagate FireCuda 530, then we will love them. As long as they don’t need a few kilograms of radiator for normal cooling.

If Adata is going to showcase these drives, are the big players in the SSD space also ready to make fun of their drives? Companies such as Samsung, Western Digital, Seagate, and Kingston are definitely developing some fast PCIe 5.0 drives. However, if there is no dedicated CPU linking PCIe 5.0 channels, we may have to wait for the 13th generation and Zen 4 CPUs and motherboards to widely adopt these drives.

All we can do is hope that these next-generation drives will not suffer from shortages like almost all other PC components in the past few years.

Please stay tuned for our CES report in the first week of January.