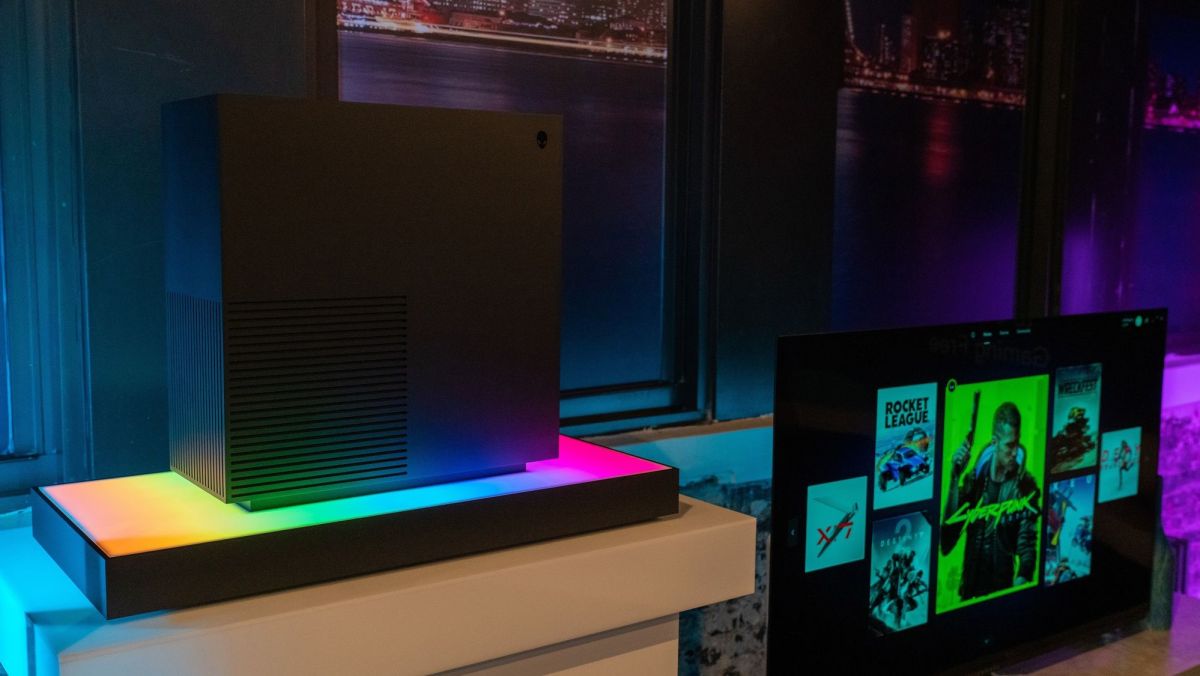 A week ago, Alienware announced and demonstrated its new Concept Nyx game server solution. This is a box designed to allow multiple PC games to be streamed to other devices and played simultaneously.

For now, we’ve only seen some reactions to the hands-on demo, and little information on what’s actually in the box.When contacting Dell, we have some information about Concept New York Answered by David Zavelson of the Corporate Experience Innovation Group. Alienware is tight-lipped about what’s under the hood of Concept Nyx, but we managed to clarify some aspects of the game streaming solution.

Sadly, as mentioned earlier, we still don’t know what the Concept Nyx’s actual specs will be, but that’s mostly because Dell is still experimenting with those aspects. In terms of hardware and software, there are a lot of things that are coming together, Zavelson explained.

“The iteration we’re showing builds on the core expertise of Dell and Alienware gaming platforms, but co-engineered with the Concept Nyx software stack to deliver a game streaming experience unlike anything available today.”

A rough or even approximate price point would be nice, given all the demos out there right now, but it makes sense for Dell to keep this a secret given all the changes and challenges in the current market.

Zavelson also clarified the intent behind Concept Nyx. We’re treating it as one PC instead of four, to a degree, but for those who want an absolutely top-of-the-line gaming PC experience, a dedicated PC is the way to go beyond something like the Concept Nyx. This isn’t designed to give you the best ray traced FPS levels, but to do a good job of streaming multiple games at once to multiple screens of various types.

“We were able to support multiple users playing games simultaneously with the complete concept solution we created, which is a combination of hardware and software – at the heart of which are high-performance edge servers,” explains Zavierson. “We have not shared any details about the internal components, but we are leveraging our extensive skills and expertise in Dell Technologies.”

Again, we’re unlikely to see many details about the Concept Nyx hardware anytime soon, but we did manage to find out more about the software. From the demo, we can’t tell which stores are supported or the software used for streaming. Dell has confirmed that it’s proprietary streaming software that will work on multiple stores like Steam and Epic, and it actually sounds like a lot of fun even without this server box.

“We designed the Concept Nyx user interface to be an aggregated view of all your PC games, no matter where they were purchased. So no matter what device you’re playing on, you’ll have a common view and be able to quickly launch and play Play any of your games. Concept Nyx lets you play in almost any store, and more importantly, run multiple games simultaneously from different devices.”

Aggregate stores for PC aren’t a new concept, where you can add other games to Steam and stream them via Remote Play, and GoG Galaxy has always been around as a way to view all of your games in one space. But this is a bit niche and requires some setup work and expertise from the user. Being able to do this locally and present all games as a streaming option when connected does sound like a promising development. It would be great if this software could be used in other versions. Even a single streaming PC might benefit from this type of software when you want to rest on the couch and play games.

Again, the viability of Concept Nyx will depend on price. Families looking to play games together want to be able to buy one of these for a cheaper price than if everyone had a similar setup, of course, if not, what’s the point? Many households have a screen per person, but not necessarily a PC to use it, which can be a good solution for shared houses and families. Likewise, hardcore PC gamers who want the ultimate experience need to look elsewhere, but with the current chip shortage, one PC must be more readily available than four.