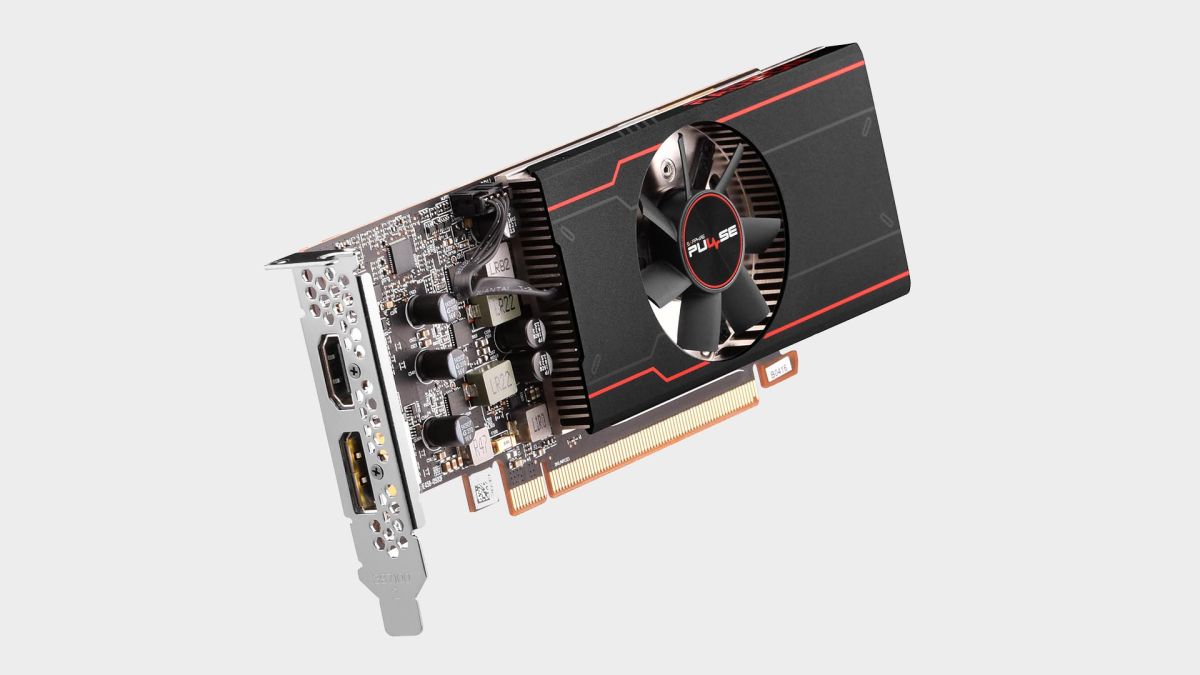 AMD quietly launched the entry-level Radeon RX 6400 graphics card, with a recommended price of $159, making it the most affordable RX 6000 series graphics card to date. The RDNA2-based RX 6400 includes a stripped-down version of the 6nm Navi 24 GPU, the same GPU that powers the RX 6500 XT. It includes 768 shader units with a typical board power of 53W.

This power consumption figure means it can get all its power through the PCIe slot. This is one of the main advantages of the 6400. It can easily be integrated into any of the millions of Dell or HP systems in the world without worrying about the power supply inside.

Many 6400 cards come with single-slot cooling, low-profile PCBs, or both. This is an important feature of small systems.

In terms of performance, AMD touts the RX 6400 as being superior to the GTX 1050 Ti and GTX 1650 while consuming less power. Assuming these numbers hold up in independent testing, and there aren’t any PCIe 4x limitations, this kind of performance will appeal to casual gamers. AMD claims the RX 6400 can maintain 60fps in a range of modern games, though more demanding titles require lower settings and you can forget about things like ray tracing.

If you’re considering buying the RX 6400, it’s important to understand its limitations. It’s limited to a single HDMI 2.1 and DisplayPort 1.4 output. A third would be nice, but it’s a legacy of its mobile origins. And its PCIe x4 limit. Cards at this level shouldn’t face any major bottlenecks in PCIe 4.0 or PCIe 3.0 systems, but it could be related to older PCIe 2.0 systems, which is where I assume many RX 6400s will end up, perhaps as a replacement for freezes or an outdated GPU.

Its lack of full-featured media encoders and decoders will limit its appeal to HTPC users. This will depend on the included CPU, though. APUs may be more attractive to users looking to build media boxes.

If you’re aware of its limitations and don’t expect too much, the RX 6400 could carve a niche for itself, especially since Nvidia doesn’t yet have an Ampere generation card to compete with. I think its $159 price is too high, but this is not a card that has any appeal for miners and it will definitely drop in time. If that happens, the RX 6400 would be a reasonable entry-level gaming card. Load up PUBG or a little CS:GO and it’ll do the job while sipping power and staying cool.