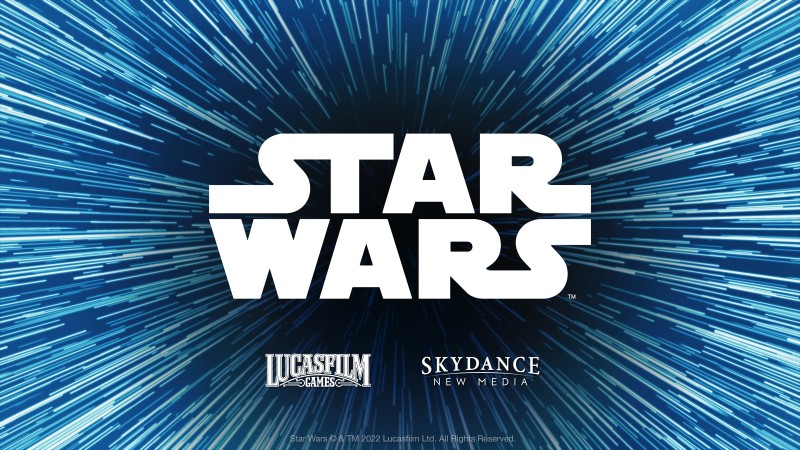 Skydance New Media, the studio at the helm of acclaimed author Amy Hennig, has announced a partnership with Lucasfilm Games on a new Star Wars game.

The upcoming game is described in a press release as a “cinematic action-adventure game” with an original story. That’s all there is in terms of details, as the project appears in the early stages of development.

“I often describe how 1977’s Star Wars fundamentally changed my 12-year-old brain, shaping my creative life and indelible future,” Hennig said in a release. “I’m excited to be working with Lucasfilm Games again to tell interactive stories in the galaxy I love.”

Known as the lead creative on the Uncharted franchise, Hennig is no stranger to Star Wars licensing. Her last foray into the universe was EA’s ill-fated Project Ragtag, the cancelled Star Wars title by the now-defunct Visceral Games.

This is the second major project for Skydance New Media, founded in 2019. Last October, Hennig announced that her team was developing an original story-focused action-adventure Marvel game as its first game. We still don’t know anything about the game, but now having two major Disney properties is a big bonus for the young studio.