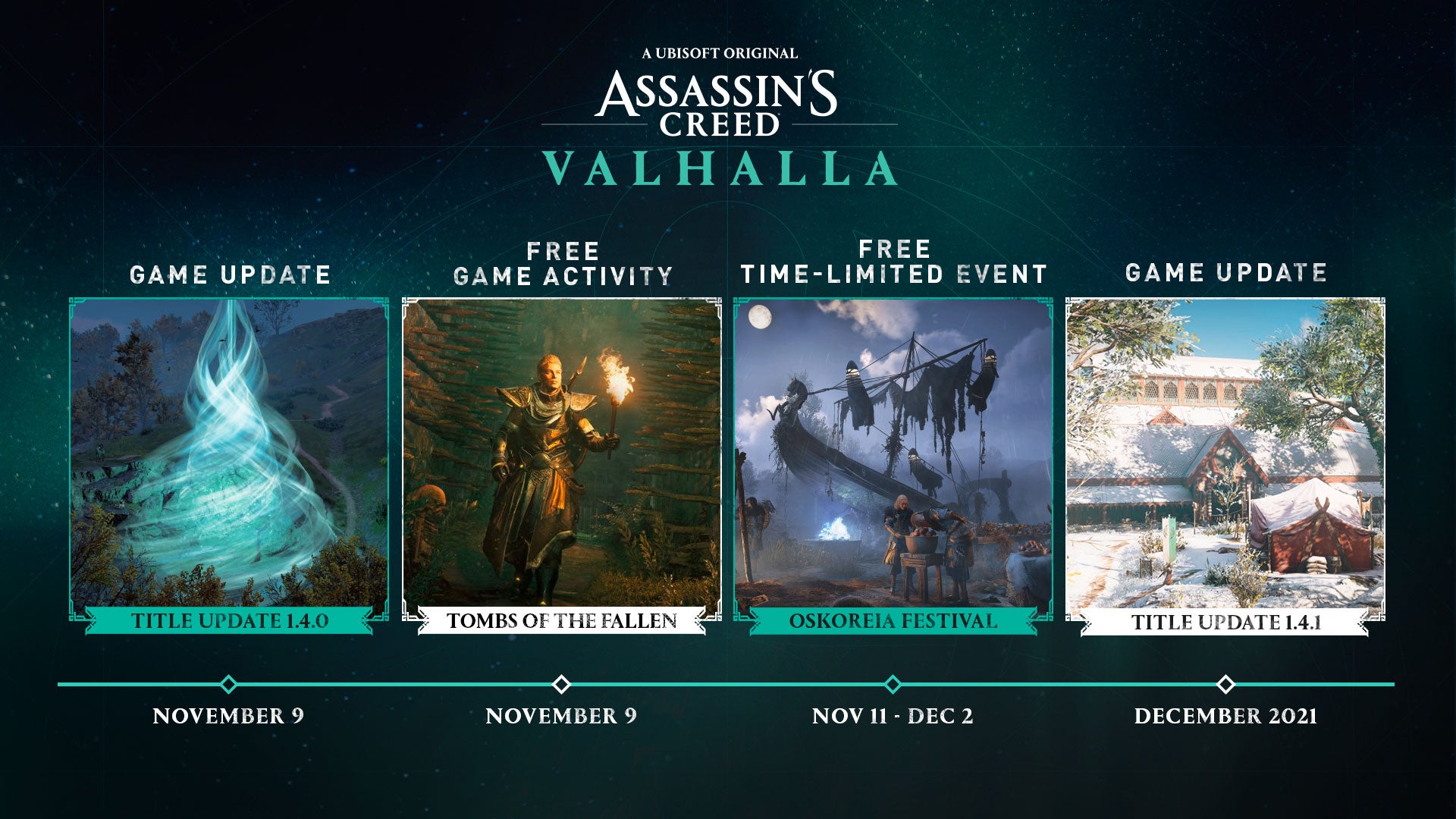 Ubisoft released a new roadmap Assassin’s Creed Valhalla This provides expectations for the rest of the season.

The first new content will be released on November 9th next week. This will come in the form of title update 1.4 and a free Tomb of the Fallen event.

Also starting on the 11th of next week and continuing until December 2 is the Oskoreia Festival, which is the Norwegian version of wild hunting. How this will work in the game remains to be seen, so stay tuned.

Another headline update will drop in December. The title update 1.4.1 is not out of date, so whether it will be released before the end of the fall is currently unknown, but it may also be a winter update because the image looks quite snowy.

The last expansion of the game was in August, and it was the Siege of Paris. It comes with the title update 1.3. Before that, the 1.2 update brought Druid’s Wrath. The third expansion has not yet been announced, it may appear with update 1.4, because this is often a pattern.

There is data indicating that the next extension called Dawn of the Gods Twilight will occur in Svartalfheim. Therefore, Ubisoft may unexpectedly drop the latest extension next week, and then say it again, don’t quote me-when guessing something, I’m only correct 1/10 times. To be honest, this is just wishful thinking, because I have always wanted something to get me back to recent games.

In any case, once the 1.4 update is released on November 9, we will definitely let you know what it contains and provide you with patch notes.