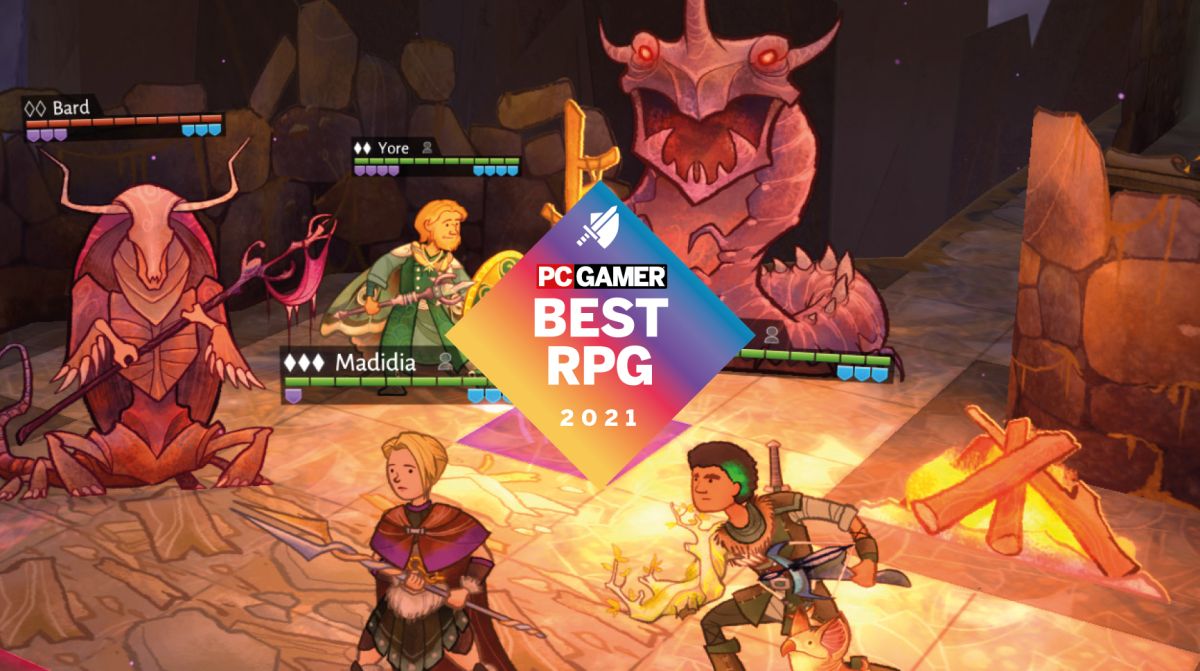 Sit around the table and enjoy the epic story of our favorite RPG this year.For more year-end awards, please go to our GOTY 2021 hub. We will update it in the rest of the month.

Robin Valentine, printing editor: I don’t think any video game can more successfully evoke the feeling of desktop RPG. A few hours in Wildermyth is like a super clip of a year-long Dungeons and Dragons exciting event. With the program system as your dungeon master, you will follow the life and adventures of the entire team of heroes, and each hero will grow and develop organically in various unexpected directions. And they are really unexpected-although it is entirely possible for a warrior to find a magic sword and use it to kill a dragon, it is equally possible that they will be cursed and slowly become living crystals, or they may sign a contract with an ancient tree, or Make a witch who turned her head into a crow upset.

They even grow old, fall in love, and have children; if they survive the life of an adventurer, they will eventually retire. However, they have never really disappeared-your favorite heroes will become traditional heroes, and they can be rejuvenated in subsequent battles, such as taking out your favorite old dog ear character list and going on a trip to the dungeon.

Combine all of this with very interesting tactical battles and a great meta-layer, allowing you to work hard to keep it free from invasion and corruption while traveling through the land, and you’ve got some of the most unforgettable I’ve seen The secret of the non-linear story has been experienced. This is an emotional investment of XCOM Time 100. It’s great to see the actual feel of video games borrowing from desktop role-playing games, not just their mechanics or settings.

Just make sure you increase the difficulty-when the threat of death is everywhere, your hero’s journey and battle tactical challenges are more compelling. Faced with overwhelming possibilities, the campaign turned into a story of desperate resistance. It was just a delicious drama.

Jody Macgregor, Australia/Weekend Editor: I wasn’t sure about Wildermyth at first. I like magic (you “mix” in objects to produce different effects) and paper-cut monsters jumping around like invisible hands are picking them up-although adventurers do resemble the smug in webcomics in the early 2000s main character. They should not fight mythical beasts; they should argue about Xbox games on the couch.

But I have been playing and I am glad I did. In the great battle called Eluna and the Moth, I brought the old character back with the new character. Although reset to the first level, they made progress in other areas. One fire arm spread out to cover the other limbs, and the other changed from being a winged crow to an upright crow. Their relationship deepened, and romance and competition developed, which affected the way they fight together. As Robin said, this is like a tabletop battle that has gone through many years. Players come and go, and all the stories are entangled.

Fraser Brown, online editor: In my first Wildermyth campaign, my party included a little ginger magic kid with a boring background story and a beard. At the end of the battle, he grew the wings of a crow-a gift from a witch-became a mysterious flame guardian, and grew a fox tail. He experienced some shit. In the final battle, he sacrificed himself to save his friend and became a soul. He survived not only because you can start a new battle with your current character, but also because he has a daughter. When they were adventuring together, she could never escape her father’s shadow, but when another group of heroes discovered a magical portal to another world in another battle, she suddenly appeared. She embraced the flame more thoroughly than her old man, until the flame swallowed all her limbs. She led her new friends to victory, earned her fame, and established her own family.

Building these legacy and family is what Wildermyth is all about, bringing desktop RPG fun to characters and nurturing them, and then expanding it to multiple parties and multiple generations. Now I have enough stories to fill a library. The warrior slowly turned into a tree that fell in love with the fire mage. The charming hooligan received an immortal gift, but watched his friend retire and die while he continued to take their children on an adventure. The hunter gave up the life-saving medicine to cure her disease so that the stranger could survive and eventually became a hero himself. At this point, I think I really want to start another story.