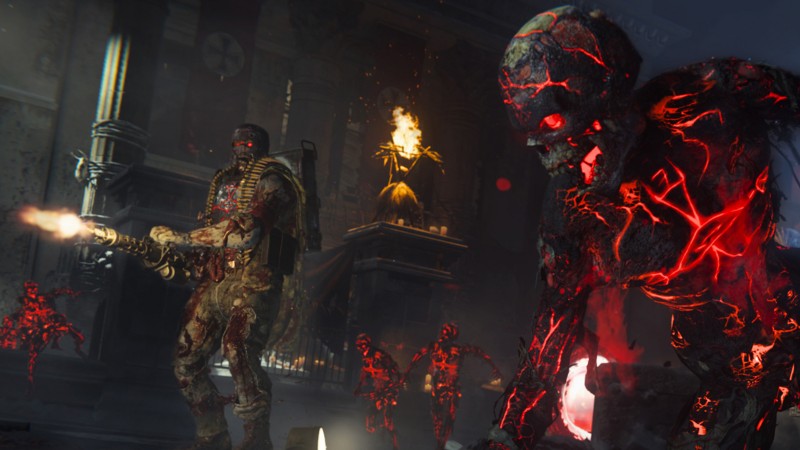 When Call of Duty: Vanguard releases on Friday, the zombies will be played in the game, but don’t expect to continue the Dark Aether narrative after the release.

This is because Zombies’ Main Quest will not be available in Vanguard when it is released, as originally reported IGNMore specifically, it seems that the main mission will not be fully launched until after the first season of Pioneer, which starts on December 2.

“Starting from December 2nd, new zombie content and features will begin to be launched in Vanguard, including a new target, additional covenants, new weapons, zombie season challenges, holiday theme updates, etc.,” a new Blog post Read from Treyarch. “Players will also encounter some other surprise elements later in the first season, which will lay the foundation for our upcoming main mission. This main mission will be related to the arrival of an unexpected ally after the first season, which will be further expanded The narrative of the Dark Ether and reveals more details about the characters and entities the player has encountered so far.”

The previous “Call of Duty” season lasted about two months. If the first season starts on December 2, it will end sometime in February next year. Now only time will prove everything. However, although you will not expand the ongoing Dark Aether storyline when Vanguard is launched on November 5th, the classic wave-based zombie mode will still be waiting for you on the first day.

Call of Duty: Vanguard Will be launched on PlayStation 5, Xbox Series X/S, PlayStation 4, Xbox One and PC on November 5.

For more information about Vanguard, please check All the details we know about zombies so far Then read about how to Its file size may be 50% smaller than the previous version of Call of Duty. Check A new map of the Pacific theater called Caldera will be released in December after that.

When it is released this Friday, will you play Zombies in Vanguard? Please let us know in the comments below!