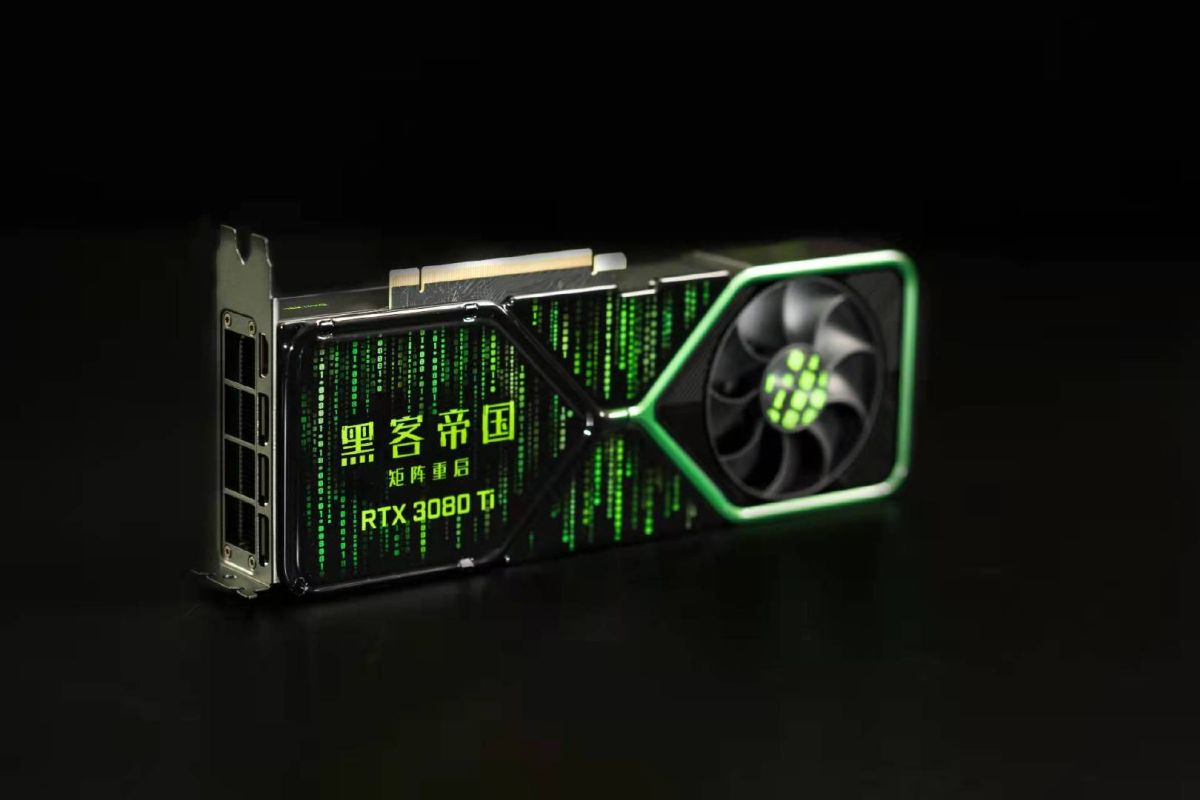 Late last year, Nvidia gave away three great-looking Matrix-themed gaming PCs. They have wicked Green Matrix-themed looks and specs that will make PC gamers drool, with two of the units packing an Nvidia GeForce RTX 3080 Ti card and the third unit rocking the RTX 3090. As someone who didn’t win, the whole thing broke my heart.

As Videocardz reports, Nvidia is back, keeping the disappointment punch alive with this new Matrix-themed RTX 3080 Ti, which is free to win, but only for residents of China.This does give hopefuls a bunch of potential competition, especially when blog posts appear on popular sites Weibo. Not only is it a decent opportunity for a GPU, it’s hard to buy right now, let alone win, but it also looks neat.

Based on the RTX 3080 Ti Founders Edition, this card features a black base with matrix green highlights. These include a Matrix style code printed on the card, as well as a laser-etched LED sign that reads “The War Begins on 1/14” to mark the global release of the new film Matrix Resurrections. The black and green themed version looks great and I can now imagine glowing green liquid cooling.

The highly anticipated sequel to one of the most popular sci-fi series of all time, Matrix Resurrections, was released in other territories last year to mixed reception. The initial trailer ahead of the movie got many fans very excited, even triggering some deja vu for Keanu’s slightly youthful shaved baby face. The movie itself was a little different than some fans expected, but without spoilers, it’s also a good critique of video game culture.

Interestingly, this card probably won’t let you play the new Matrix Awakens demo, which was also released around the same time as the movie, but only on consoles. It’s a shame because it’s so cool that I spent some time hanging out in the open city, driving one of the 38,146 drivable cars, and was a little taken aback by the PS5.