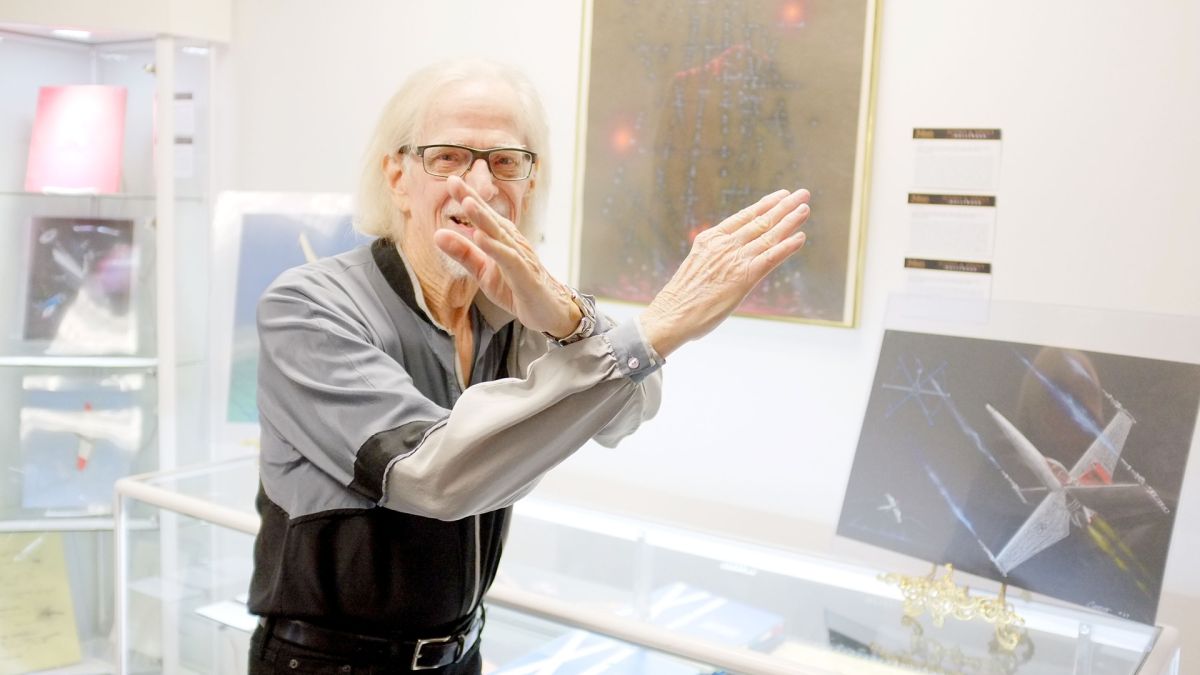 Cantwell also worked on 2001: A Space Odyssey, Buck Rogers in the 25th Century, Close Encounters of the Third Kind, and WarGames, for which he created computer graphics, dramatized nuclear launches, and later inspired DEFCON.

Before moving to Hollywood, Cantwell worked on educational programs at NASA and Jet Propulsion Laboratory, which is why he eventually became the lead analyst for CBS’s lunar broadcast. Cantwell’s job was to handle communications between NASA and news anchor Walter Cronkite.

in a Reddit AMA Beginning in 2016, Cantwell recalled the birth of the Death Star. “I didn’t initially plan to have the Death Star have a groove,” he wrote, “but when I used the mold, I noticed that the two halves had shrunk where they met in the middle. It would take a week to fill and sand and refill this depression. So, to save me labor, I went to George and suggested a trench. He loved the idea so much that it became one of the most iconic moments of the movie!”