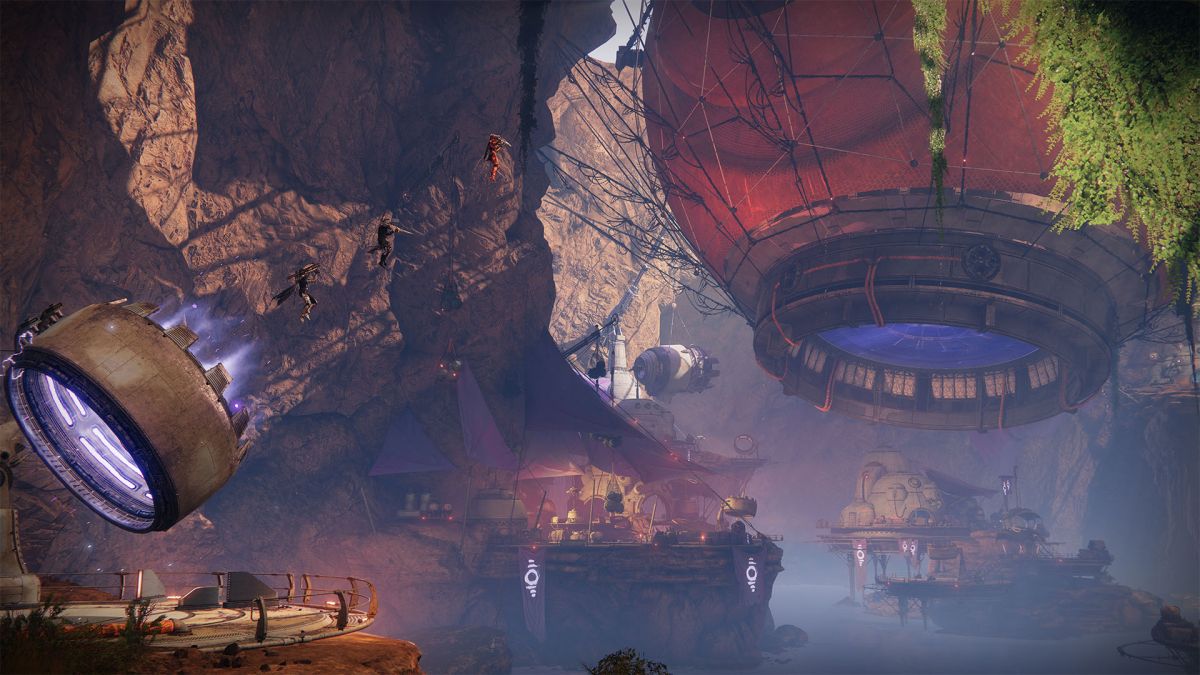 Destiny 2 The grasp of the greedy dungeon, along with Gjallarhorn, Forerunner, etc., became the headlines of Bungie’s 30th anniversary. Pirate-themed tours are full of fun, explosions and wealth. There are many secrets in its depths, as well as loot to be earned and bosses to be conquered.

If you want to know how to make the most of it, here is your guide to learn more about the new event.

The first part of the dungeon is the return to the notorious cave of loot in the original destiny. Landing on the space launch site, you will approach a cave where endless honeycombs will be generated. Once you start shooting, you will soon discover what is wrong. Each dead enemy will drop a mark, which looks like an exotic at first, but will soon turn red. If left long enough, they will explode.

Picking up one will give you a debuff “burden of wealth” for 30 seconds. If you pick up another one, it will refresh the charger and generate another stack. Manage your timer carefully: if it reaches zero, you will die.

There are crystals in the cave. If you keep going, you will notice that your timer freezes and your stack will decrease. This is a deposition mechanism. To open the cave and continue through the dungeon, deposit 50 wealth burden.

Travel to the first encounter

Go through the cave and defeat any hive that hinders you. Eventually, you will come to an open space outside, where you will find several doors. There are traps everywhere in the dungeon, and opening the wrong door or not paying attention to your footsteps will cause you to be pierced by spikes. Finding out the route is fun, and watching your friend die because of a wrong guess.

Once you laugh, the solution is this:

Phry’zhia is a big ogre, but if you have been paying attention to all the mechanics so far, it is not difficult to put together what you need to do. First, jump over the crack and you will see a crystal, just like the one in the loot cave. Continue to pass it while avoiding the ogre’s beam.

At the back of the room there will be some corrupted killing saboteurs, who will get scorched cannons. Avoid the ogres behind the small wall. Then (if you are at the ogre) look to the left and you will see another terminal above the door. Use the coke gun to turn it on.

Once opened, jump up and kill. The hive inside will drop traces of the burden of wealth. Choose as many as you can (14 of them should be available at a time, but you might miss one or two). Put them on the crystal while trying to avoid the ogre flame again. Then ran back to the back of the room. If you need another Scorch Cannon, kill the destroyer again. Then use it to open the correct terminal. Once again, kill all the hives and collect as many prints as possible.

In general, you and your team need to deposit 25 Burdened by Riches to start the damage phase. Once you do this, you will hear a lot of noise. Run from the crystal to a safer place (the last open garage is a good choice), once you see the ogres perform an animation and they form a ball on their heads, it is very vulnerable. Release everything you have until it falls down or becomes immune again. If they do, reset and repeat until it closes.

Take your chest out from the middle of the room, and leave the arena through a new opening, where the charred cannon, Vandal, is located.

Eventually, you will enter a large room with two terminals. Use the terminal on the left. Then a door will open and you will have to ride a sparrow to speed through the battlefield. This encounter is easy to explain mechanically, but it almost certainly requires multiple learning.

Reach the countdown mine before the explosion. You don’t need to stop to dissolve them: just drive over. The path forward is more or less straight, but you may need more time to get to the end. That’s among the switches scattered around these areas. If you drive past or approach them, the mine timer will add more time. For example, there are three open areas. Try to keep an eye on them as you drive and learn routes. Eventually, you will use the cannon to launch into a skull-shaped cave, where you will dismantle the last bomb.

When you are done, continue through the crystal cave until you descend into a large open area. This is the next encounter.

This encounter is fairly easy to understand, but it may take a while. Seven “zones” are scattered in the huge room. First, enter the hut on your left and kill the vandal to get his coking cannon. Then board the platform under the cannon. You also need to use Scorch Cannon to shoot another terminal to activate it. Then it will take you to another platform.

After landing, look around the arena. Try to find a servant with a white shield around. After you find it, head to the cannon in your area. Rotate it until it points to the next island closest to Servitor. Shoot the terminal and shoot yourself.

Once you reach the servant, you will find a large group of enemies around him. Kill them and they will drop the mark of the burden of wealth. Pick up as many as you can and bring them to the central building in the area. There will be crystals inside. Deposit them. Once 15 are deposited, the shield of the Servant will be lowered and you can kill it. this way.

Once dead, the Servant’s body will fall. However, you are not done yet. Push its robot corpse toward the cannon, and then rotate it so that it faces the structure in the middle of the room. Then… well, you guessed it, fired at the building like a cannonball.

You need to do this four times. Once you have damaged the structure, just look around the room to find the next minion, and then use the cannon to pass through. When you are done, fire on the middle platform, pick up your chest, and fire yourself directly into the structure where you have been shooting. Then head to the last room of the dungeon.

This final Boss brings together all the mechanisms used throughout the dungeon, so it is actually about systematically cleaning the room and preparing for the damage phase.

One thing to note at the beginning: There are four main areas. When you enter the room, one is on the left, a lower dirt island, and one on the right, then the larger area in the middle that the boss and his cronies will occupy. That’s where the crystal that meets is located. Let one of your team occupy one of the areas (not including the area where the boss is located).

Run to a platform, where a mark will be placed. Once you get close, it will shut down and the boss will run out. Return to your area. You need to keep your area away from enemies, because there will be a steady stream of dross. Stay at the top of your area, away from enemies, everything will become much easier.

The boss will be in the middle, but there are two deputy bosses around him. One is a sniper, and the other is a periodically stealth predator. Your first goal is to kill these two people, because they will become a constant threat from the center. If they are alive during the damage stage, they will tear you apart. There is no special mechanism to kill these two; they just have a lot of health. You need to try to get in and do as much damage as possible to defeat them as safely as possible. However, please pay attention to your ammunition situation. You still have to maintain the largest share of the main DPS stage, so even if it takes a while, it’s best to use special or even primary ammunition to slowly reduce their damage bit by bit.

Once they are dispatched, the arena should become more manageable. Now try to find the saboteurs in the arena that will drop the coking cannon. Kill him and take it away. On each side of the intermediate structure, there will be a terminal. Make sure everyone on the team is in place, then shoot. This will cause the wealth imprint to fall from the pods above you. Take the imprint-there should be ten on each side. Then jump to the middle and place them on the crystal. Use it as a cover to avoid the boss’s fire. You need to deposit 50 to start the damage phase, so once you finish depositing to the stack, you are ready to collect more. However, this time you need to shoot a different terminal.

Once you deposit 50, the damage phase will begin. Avarokk will spawn in front of the pod and make the same loud noise as the ogre encounter. Give him everything you get. Once he becomes immune, go back and retrieve your position and do it again.

Keep going until he falls. Once he does this, you will own your wealth. Congratulations, you have defeated the Grip of Greed.