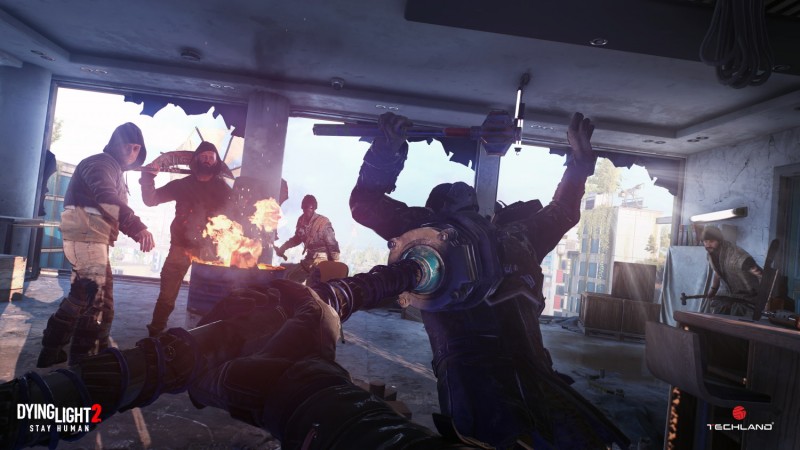 The long-awaited Dying Light 2 has finally reached its release date. After nearly a year of silence since the game was postponed early last year, developer Techland slowly began publishing more information about the long-awaited sequel. In today’s Dying 2 Know stream, Techland not only confirmed that the game will be released on December 7, but also announced that it will be given a brand new name, Dying Light 2 Stay Human.

Dying Light 2 Stay Human is years after the story of the first game. You will no longer play as Kyle Crane, the main character in the first game. Instead, you control Aiden Caldwell in the story that shapes your choice. This game was a sight to see at E3 2019. In that demo, we witnessed parkour upgrades, new combat mechanics, stunning visuals, and an impressive system of choices and results. These mechanisms were further investigated during today’s stream. Learn more about how selection works.

If you miss your boat on the first Dying Light, Techland has also announced a platinum edition of the original Dying Light. Dying Light: Platinum Edition is a collection of base games and all DLC, including an enhanced version titled “The Following” and a large number of cosmetic bundles. The original Dying Light was a big twist on the open-world zombie genre when it was launched in 2015. You can read the reviews here.

Dying Light 2 Stay Human will be released on PlayStation 5, Xbox Series X / S, PlayStation 4, Xbox One, and PC on December 7th. Players can choose from six different editions. There are 3 digital editions and 3 retail editions. Learn more about these editions.

Did you enjoy the first Dying Light? Looking forward to Dying Light 2 Stay Human? In the comments section below, let us know your thoughts on whether to pick this up at release.