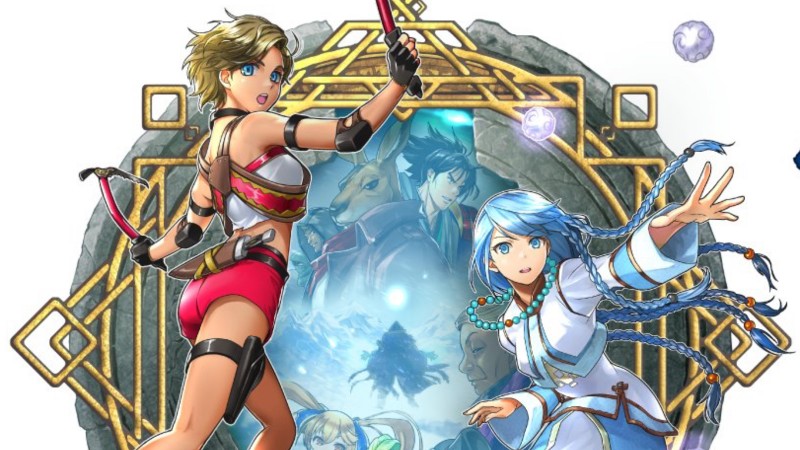 Publishers 505 Games, Rabbit & Bear Studios, and NatsumeAtari have announced the release date for Eiyuden Chronicle: Rising, which will be coming to PlayStation 5, Xbox Series X/S, PlayStation 4, Xbox One, Switch and PC via Steam, the Epic Games Store GOG, next month.

More specifically, the Eiyuden Chronicle: Hundred Hereos prequel is coming to consoles and PC on May 10 for $14.99. However, Rising is coming to PC and Xbox Game Pass on launch day, so if you’re a subscriber there, you can check out the game for free through the service.

“Following a major earthquake, rune arrows were found deep in a town on the remote frontier of Allraan called New Nevaeh, where wealth-seeking adventurers and merchants from all over the world arrived,” reads a release. road. “Three ill-fated heroes come together on a treasure hunt. CJ the scavenger and the orc mercenary Garu hope to unearth the hidden source of magic, the Rune Lens. Young Deputy Mayor Isa wants to rebuild her small town.”

As mentioned, Rising is a “fast-paced 2.5D action RPG with elements of town upgrades,” a prequel to Hundred Heroes and is expected to launch in 2023 as the spiritual successor to Suikoden. In fact, the head of Rabbit & Bear Studios is Murayama Yoshitaka, one of the creators behind the Suikoden series.

As for what happens in battle, CJ uses a climbing axe for quick attacks. Isa, on the other hand, uses magic and magic to fight from a distance, while Garou uses his greatsword to slash enemies anywhere on the battlefield. You can freely switch between characters to unleash chained attacks that combine each hero’s expertise to deal devastating damage.

“Clear dungeons and earn materials to restore New Nivia to its former glory, with benefits available for Hundred Heroes when it launches in 2023,” reads a release. “Crossover content includes special cosmetics, valuable equipment, and trade goods. Leave a personal stamp on the world of Eiyuden Chronicle by naming certain weapons and delicacies in Rising, which will carry over to Hundred Heroes next year.

“Hidden within Rune Arrow is a deep-rooted conspiracy with shocking effects on the alien universe. Get ready for the intricate plot and global adventure of Hundred Heroes by playing through the exciting events of Rising. ”

Eiyuden Chronicle: Rising is coming to PlayStation 5, Xbox Series X/S, PlayStation 4, Xbox One, Switch, and PC on May 10. Priced at $14.99. While you wait for its release, read about its final appearance during the Xbox Tokyo Game Show 2021.

Are you excited about Eiyuden Chronicle: Rising? Let us know in the comments below!