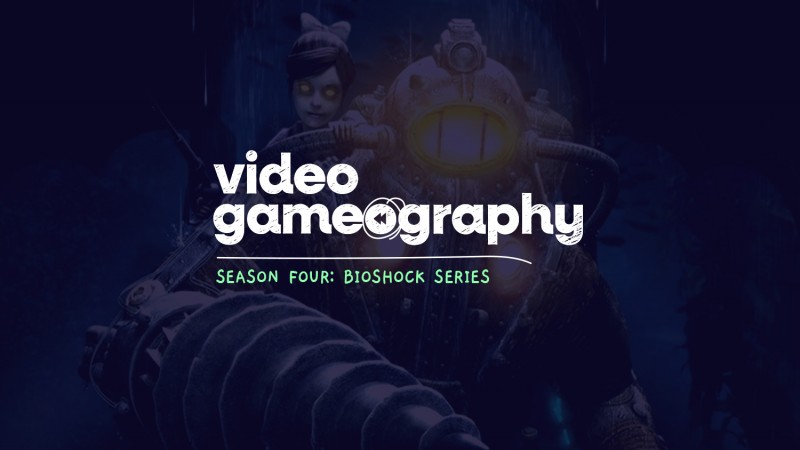 Now that Season 3 of Video Gameography is complete, and the Uncharted series has, and… charted, we’re diving deep and soaring above the clouds to focus on the Bioshock series in Season 4. This week we’ll put on a wetsuit and explore Bioshock 2.

Bioshock 2 launched with developer 2K Marin in February 2010 and is led by former Irrational employees who left the studio after Bioshock 1’s release, taking only two years to follow up with the best ever one of the games. Bioshock level designer Jordan Thomas sat in the creative director’s chair for the sequel, a major promotion that proved to be both artistically and mentally challenging for the rookie leader. We discuss Big Sister’s original premise, the game’s more action-focused approach, and how its acclaimed Minerva’s Den expansion led to the founding of indie studio Fullbright.