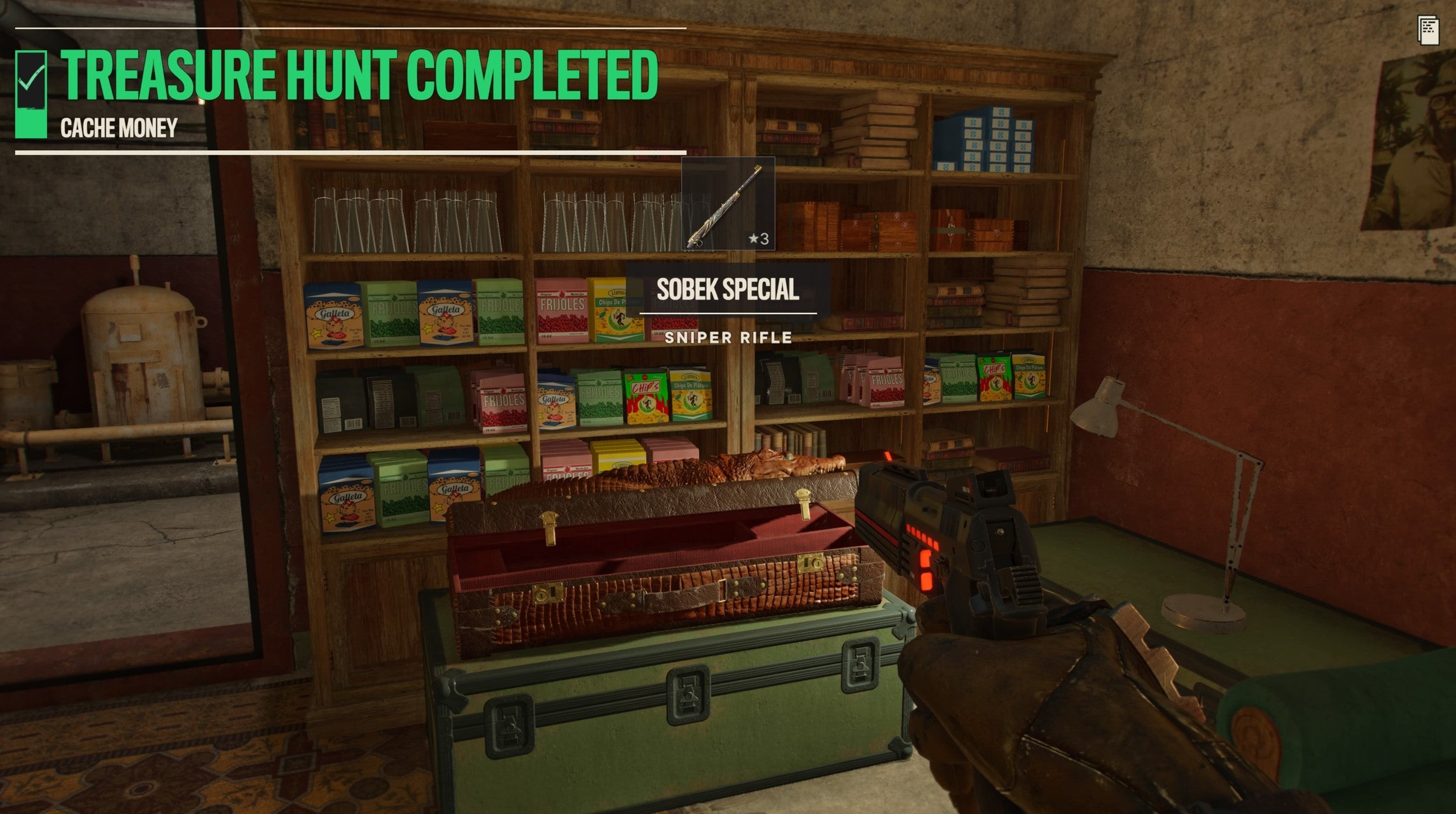 Far Cry 6 Cache Money is one of many scavenger hunts you will find scattered all over Yara.

This is one of the most difficult treasure hunts to complete because of where Castillo’s army stores its trophies. However, it is worth it. Your reward is a special rifle that is very suitable for guerrilla warfare.

After reaching the Aguas Lindas FND base in Madrugada, Yara, Cache Money will be triggered. Search the loot boxes in the base and you will find the documents to start the hunt.

This document will direct you to Bunker 2. The location is nearby and is also marked on your map. As the bunker is still in the restricted area, strong opposition is expected.

Follow the wires until you reach the shelter, then climb up to the roof. Your goal is to destroy everything inside, but there is a problem. The only way to enter the bunker is through the front door. Although there is a generator that supplies power to the roof door, the switch to open the bunker door provides you with a window of opportunity that is too short to enter.

The bunker happened to be full of fuel tanks — and some Easter egg contraband — so the easiest way to get inside is to open the door and throw the grenade in.

Once the flame goes out, go inside, unlock the gate, and enter the fenced area. Grab the key to the officer’s room and activate the switch under their desk. This finally allows you to enter the treasure room.

The cache itself contains a three-star sniper rifle, Sobek Special. Like other special weapons, this weapon has a predetermined load capacity and you cannot modify it on the workbench.

If you are confident in your new rifle, head to some other large bases in Far Cry 6 to find rare materials, including uranium and waste materials used to upgrade camp facilities. However, obtaining the ultimate weapon requires some extra time and training. If you are really determined to track down all the secrets of Yara, be sure to find all 15 Criptograma treasure chests at the same time.