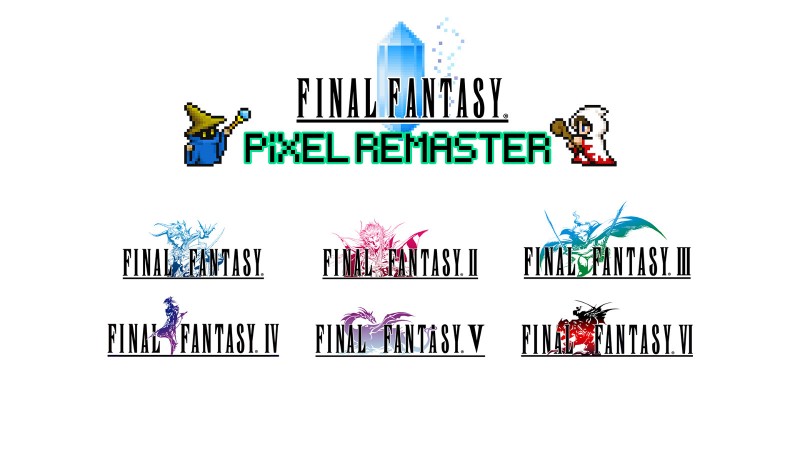 Pixel Remasters of the first six Final Fantasy games announced today during the Square Enix E3 presentation will be available on Steam and mobile platforms. The date is not given, but the presentation said “coming soon”.

Old-fashioned Final Fantasy games have been available on Steam and mobile platforms for years, but many players, including myself, have a new graphic style, UI in these versions compared to the look of classic pixels. I hated the interface. In fact, this announcement may be one of the coolest things coming out of E3 in a subtle way. I love classic FINAL FANTASY games, but tracking the hardware and playing old games in their original pixelated incarnations is absolutely painful. These remasters need to provide players like me with exactly what we are looking for. It’s also great for streamers who want to showcase their games in stylized presentations, even if they’re simple.

With the exception of Saga’s game FINAL FANTASY II, the original lineup of FINAL FANTASY titles is impressive, and most of them face the amazing movie presentations and turn-based combat alternatives the series has. Is holding up, I hugged you today.

FINAL FANTASY 1 was original and landed when the RPG was an incredibly simple event like Dragon Quest, giving players the opportunity to choose their own team of characters from the classic archetype. FINAL FANTASY 2 is a weird duck in this bunch, but players may want to engage it as a unique game that doesn’t play like any other bunch. FINAL FANTASY III introduced a subsequent job system to define some of the best titles in the franchise, and I think it’s pretty slow and peaceful, but it’s a solid title. FINAL FANTASY IV is my favorite game throughout the catalog, a classic story of good and evil with heartwarming characters and bigger enemies. FINAL FANTASY 5 brings the job system to life and makes it a staple for all kinds of unique classes, from geomancers to rangers summoning squirrels. And I’m sure you don’t have to talk about 6 which is widely regarded as the best title in the whole series. It features a huge cast of memorable characters and a cheerful and maniac villain.

Are you excited to see these pixel remasters bring back the classic FINAL FANTASY title? Let us know in the comments!