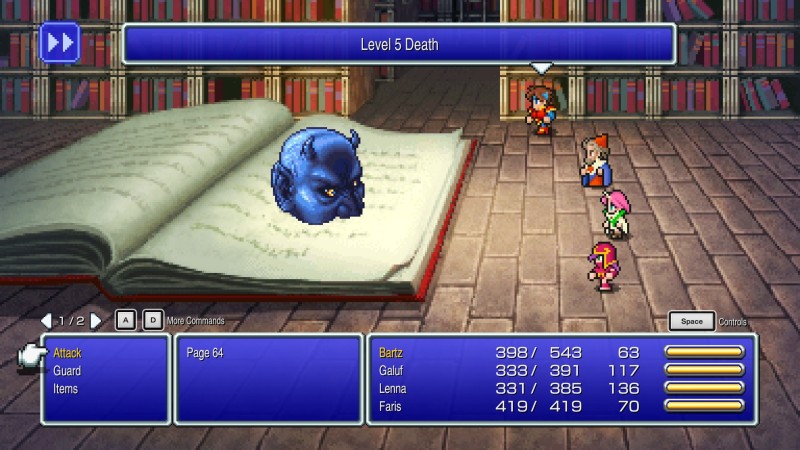 “Final Fantasy V Pixel Remake” will be launched on Steam and mobile devices on November 10. Like the previous game, it has updated pixel art, modern gameplay and menus, a re-arranged soundtrack by the original composer Nobuo Uematsu, and good things such as animal fables and illustration galleries. Final Fantasy V was originally launched in Japan in 1992, but it wasn’t until 1999 that the PlayStation 1 Final Fantasy anthology arrived in the United States. The game’s most famous is the introduction of an extended working system that allows for greater party customization, which has been adopted and expanded in later Final Fantasy entries.

FFV Pixel Remaster usually sells for $17.99, but you can enjoy a 20% discount ($14.39). Pre-orders will receive a delayed mix of two wallpapers and three game songs: “Theme”, “Battle of the Bridge” and “New World”. If you prefer to buy all six games at once, the current discounted price for this bundle is $74.82.

Looking at the release rhythm of “Final Fantasy IV” and “Final Fantasy V”, it is certain that the legendary “Final Fantasy VI” may be released sometime in late December or January. Have you played the Final Fantasy Pixel Remake? Thanks to this remake, will you jump into FFV for the first time? Let us know in the comments!