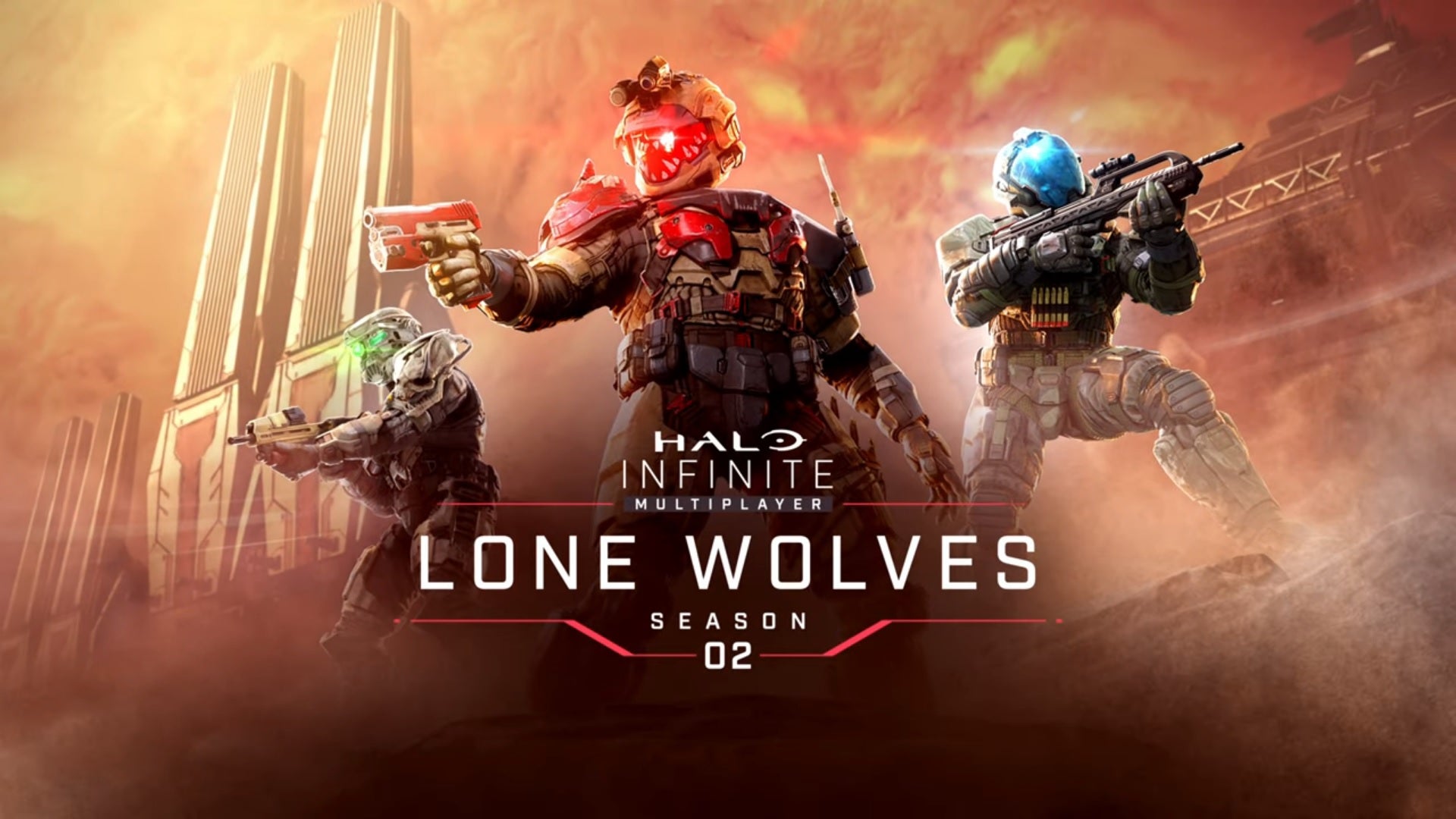 While we lack exact expected details, the main new map we’ve seen appears to be in some kind of sandy industrial outpost, with a grand canyon where you can jump warthogs over deadly lava lakes.

The main artwork for the season is three unique Spartans wearing the new armor we see throughout the trailer. We see a bright blue visor on a Spartan paired with a unique new breastplate with extra ammo strapped to the front. We also see a character wearing a green tactical helmet somewhat, although this is by far the least outfit we’ve seen.

The main attraction comes from the central Spartan in the art, and the one we see the most in the trailer. Equipped with a red and brown armored core, the character has a bright red mask with small teeth painted on the front. Anyone who’s played Halo multiplayer can guarantee that these helmets have always been popular. Who knows, maybe it can knock out Emil’s helmet for a while in season 1?

Five months have passed since the release of Season 1, which came along with the game and endured a lot of controversy early on. While it will inevitably lead to new events and will appeal to the Halo Infinite crowd that enjoys the excellent core gameplay out there, it remains to be seen whether this season will retain many of the questions in the community compared to the previous one.

Still, Halo Infinite is a great game that we wholeheartedly recommended in our review last year. If you’ve been looking for a great opportunity to rejoin, May 3rd may be the perfect opportunity to do so.