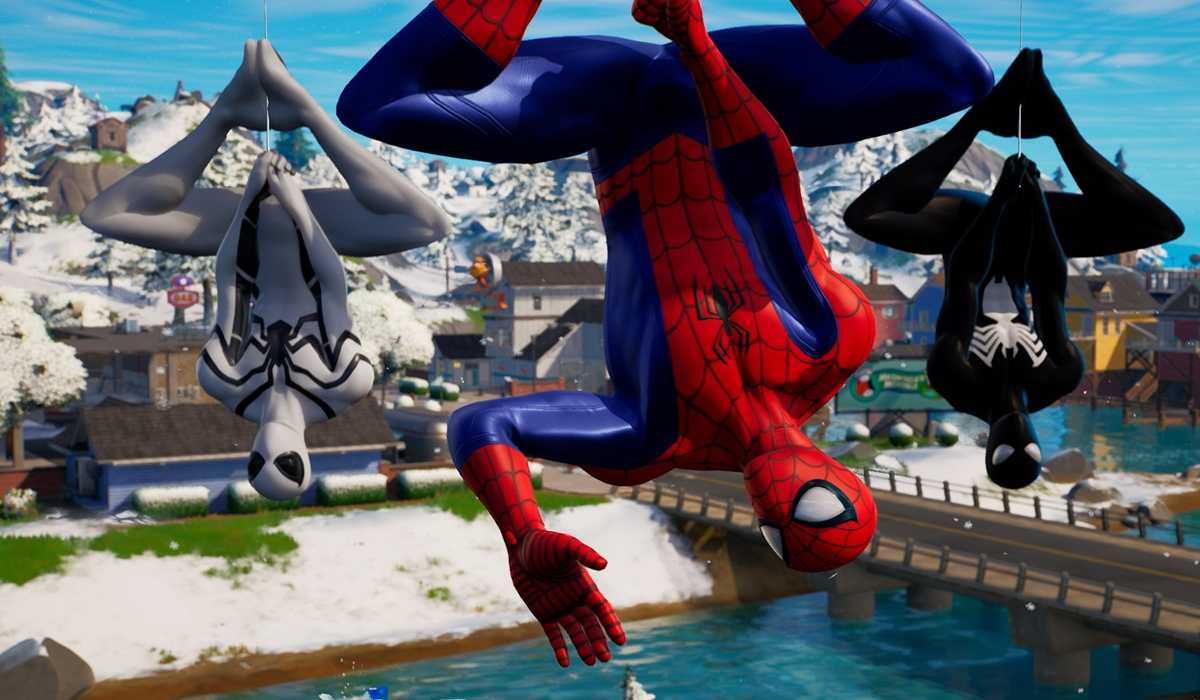 The biggest problem with Fortnite is that, in a way, it’s the fastest-changing game in history. A game that started as a co-op tower defense game and rose to stardom with a battle royale mode is still those two things, now with substantial additions over the years, and every once in a while, the setting changes radically. Saying you’re still playing the same game isn’t even accurate: how would you categorize something like an amazing custom concert in Fortnite, a movie sidekick, or an interactive Martin Luther King Jr. exhibit? When Epic calls this thing a platform, you have to admit it makes sense.

One of the principles of Fortnite is partnership. Epic was quick to intuit that when your business model is selling battle passes and cosmetics, you can’t have too many brands crossovers. It really can’t be overstated how attractive Fortnite is, with a seemingly endless rotation of already famous characters appearing, often at moments tied to other things (like the recent Spider-Man pairing with the latest movie).

Here are some thoughts on the scale of Fortnite’s operations in this regard. There are characters like this in the game in 2021 (I grouped together some similar types to save on this stretch):

Here’s Epic’s creative lead yesterday teasing the “Back to the Future” collaboration. It will go on and on.

The list is far from complete. It doesn’t even include non-character pairings: For example, the new season of Cobra Kai comes with a bunch of Fortnite Cobra Kai karate gis, and that’s only on the surface. Fortnite has a wide range of branded merchandise and themed aspects, from Ferrari deals that saw cars appear in the game, to having Air Jordan cosmetics, to a collaboration with luxury fashion house Balenciaga. The Radiohead interactive exhibit KidAmnesiac occupies the loading screen when it launches. There’s a Monopoly pairing with the new Fortnite-themed board game.

I can go on and on. It’s easy to pick out a few themes that Epic is after, and why they make sense. Fortnite’s audience tends to be on the younger side, so superheroes and popular Netflix shows, as well as other classic video game series, top the charts. Superheroes deserve a brief linger because it goes both ways: Part of Fortnite’s appeal has always been that no matter what Epic does in-game, plenty of celebrities play it outside of the game. In the case of Avengers, the Russo brothers (directors of Infinity War and Endgame) loved the game and suggested a Thanos crossover in 2020 before co-directing the opening film for Chapter 2 Season 6 in March 2021.

I’m sorry to talk so much about brand synergies, but what we might call “aspiring” brands is also a big part of appeal. To my old-fashioned mind, it has to do with a lot of influential cultures and the desire to be in touch or associated with luxury.

monopoly? OK, you got me right: maybe that was a real metaverse moment.

I thought, after bringing up the word “m”, it’s worth pausing for a moment whether Fortnite fits into this ill-defined label. And it probably is: definitely better than anything called a metaverse. What gives Fortnite’s claims on this front some credibility is that the core of the game, which is why so many players log in regularly, wasn’t part of its big story. They tend to be limited-time special modes where players either watch a spectacle (with the ability to walk around), or a one-off space like a king exhibit: you watch Ariana Grande or visit that museum in Fortnite, but in those moments, Fortnite Just a vehicle for something else, something different.

How far this all goes is the big question. It’s one thing to have a virtual concert with a famous artist. Even building a whole new game mode for one-off events would be nice. But Fortnite as any kind of metaverse will always be relevant to how Fortnite audiences react, and the broader way that companies like Meta-nee-Facebook market metaverses seems very different.

A huge credit to Fortnite, however, is that it’s definitely at the forefront of something big: even if it’s just showing others how to build and support a live service game. There are many blips in the gaming industry, but Fortnite and its massive success are now almost part of the landscape: In a way, we almost feel like Fortnite’s ambitions are taken for granted.

Yes, of course Epic has the money to do whatever it likes. The fact remains that it chooses to make bold decisions about the game and has the ability to be amazed at how far the game has grown. The Spider-Man tie-in, for example, might have been predictable, but the fact that Epic has introduced a web-swinging mechanic throughout the game along with a new map that better suits it shows that the developers are determined to go the extra mile and do more of it well.

I haven’t talked about the ongoing in-game story, and while it’s naturally goofy, it also allows the game to do things like a mothership hovering over the map, or the introduction of corrupt block hunts, and establishing these climactic season-ending events, again Thanks to due credit, the results feel important. The climax of Season 2 takes place on December 5, 2021, during an event called The End, where players go through a quest for about half an hour, and along the way, the island the game is on begins to flip. You’ll see it all from a distance, it’s incredible, and by the end, the island has been turned upside down to see the brand new Season 3 map.

It’s hard to tell how many people are playing Fortnite in 2022, as Epic only really talks about numbers when there are headlines. It had 350 million registered players in 2020, a number that hasn’t been updated since, but it’s a staggering and unimaginable number. Given the sheer volume of Fortnite merchandise, 170,000 people are watching it on Twitch as I write, and it’s still the 10th most discussed game on social media last year, things seem to be moving forward.

The big question for Fortnite in 2022 is whether Epic will continue to push the envelope with its live service model. Over time, the developers have become more ambitious in what they’re preparing to do, and while another massive lineup of celebrity cameos and character skins is the last thing fans expect, the game has now proven capable of refreshing the core experience form while adding increasingly spectacular one-offs around it.

You might be surprised to learn that after writing all of this, Fortnite isn’t really my game. But there is one strange thing. I’ve never played another game that kept me coming back so often, even for an hour, just to see some of the things I heard on the news. In that sense, Fortnite now feels like a piece of furniture, an example of any other game that has ambitions to keep large audiences interested at all times.