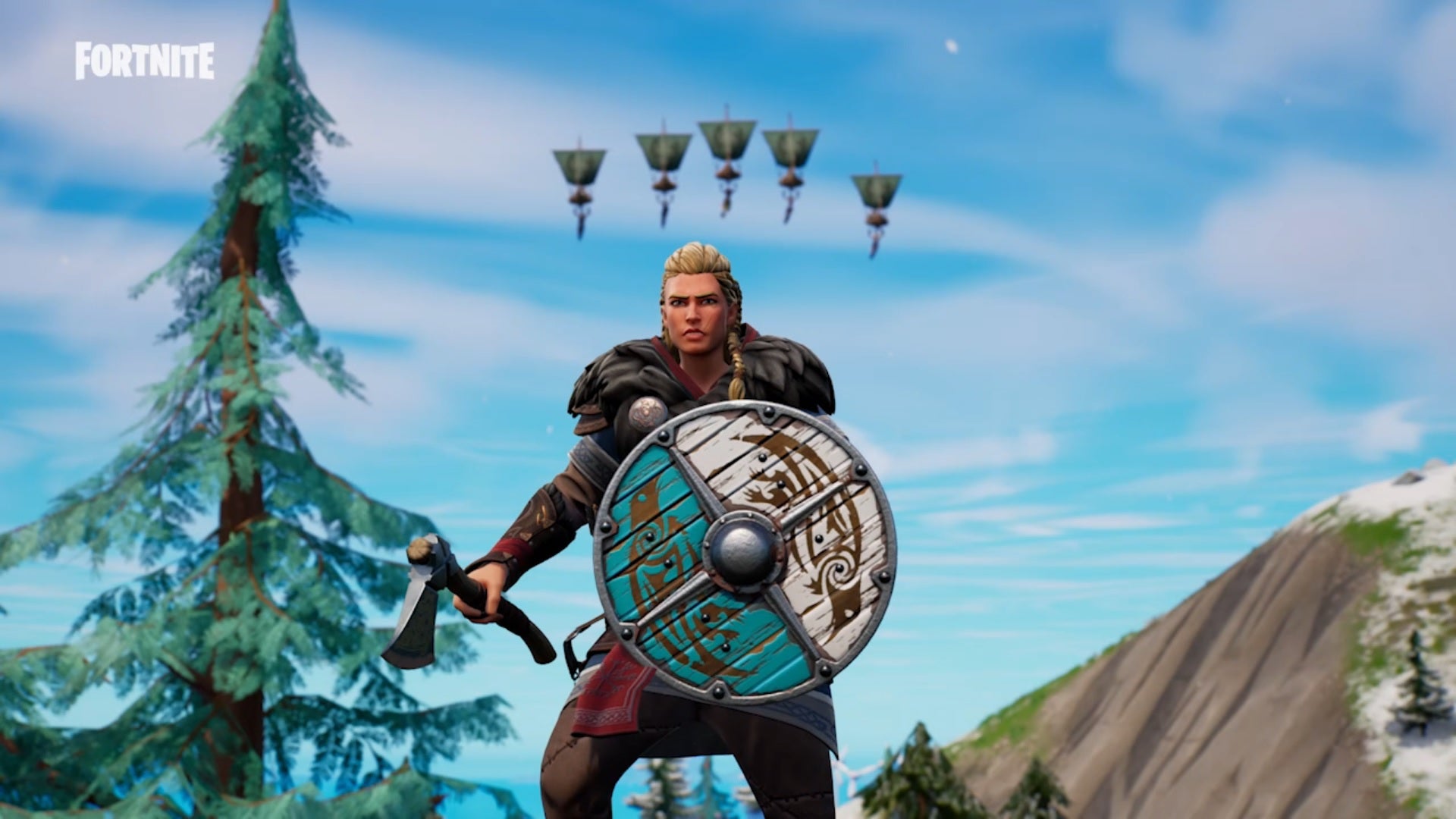 Two new characters sneak in Fortnite Starting April 7th.from Assassin’s Creed For the series, we have Italian stallions Ezio Auditore and Eivor Varinsdottir appearing in the game in the form of character costumes. Plus, Assassin’s Creed fans can pick up new pickaxes, sprays, emotes, gliders, and more themed around Ubisoft’s beloved action games.

Those eager to catch Ezio can start doing so April 7, 8pm ET/5pm PT/April 8 at 1am GMT. The Assassin’s Pickaxe is also available with the purchase of the Ezio outfit, which is only available to players with the Ezio skin.

On the other hand, if you’re in the market for a more modern Assassin’s Creed character outfit, Eivor Varinsdottir will be hitting stores at the same time and date mentioned above. However, while you won’t get a hidden blade with Eivor, you will be able to secure Eivor’s shield back bling and axe with the Raven Clan Pickaxe. If you want to take the Viking look to the next level, you can also buy the Wolf-Kissed Longboat Glider separately from the store.

An extra special addition to the Eivor kit is the Viking War Cry emote, which can only be used if you have the Raven Clan Pickaxe and/or Shield Bling equipped. For those of you who use Eagle Vision to browse their wallets and think they can afford it, you can get all of this and more from Tales in the Animus bundle. It’s this bundle that adds some extra spray paint and banners to complete the assassin’s look.

If you’re keen to pick up these skins, but have fallen out of love with Fortnite over the years, now is a great time to jump back in thanks to the zero-build mode recently added to the game. In other Fortnite news, Epic Games recently raised $144 million for Ukraine – good stuff!