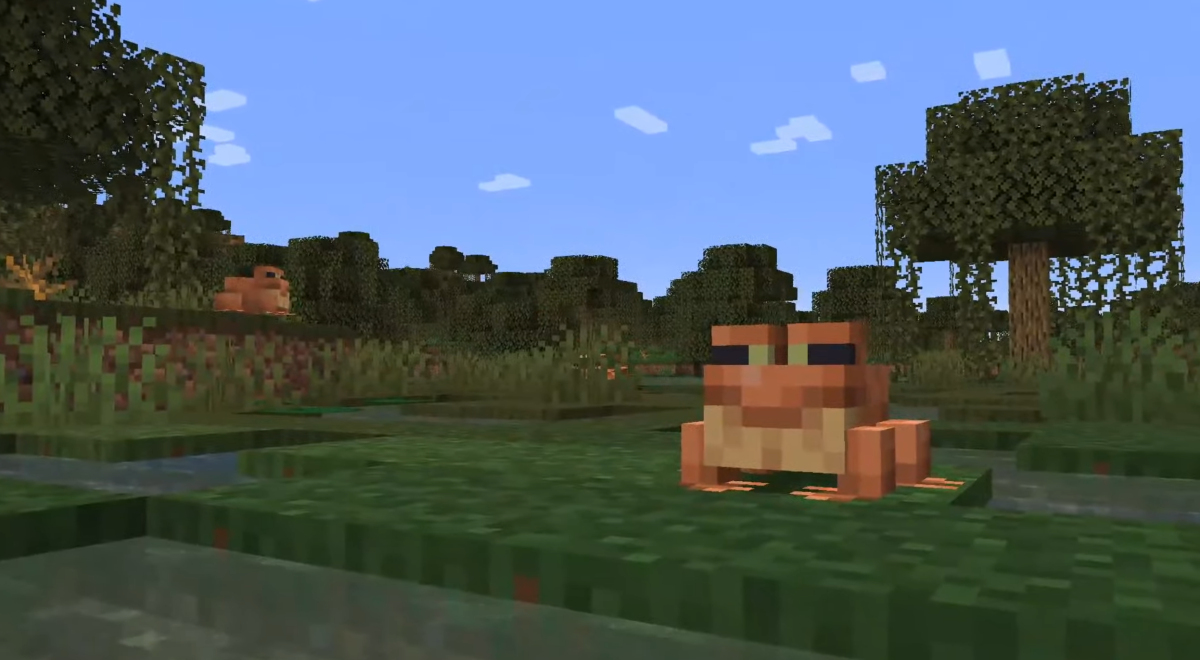 In this year’s Minecraft Live, Mojang announced that the next major update of Minecraft will be “The Wilds” to be released sometime in 2022. The humble Minecraft frog.

The frog in Minecraft will become a peaceful mob, and will become the first cold-blooded creature in the history of the block sandbox. Growing up from tadpoles, frogs will choose a variety of different colors according to the temperature of the biome in which it grows. Each color of frog will do some unique things, but these characteristics are not yet determined by Mojang.

Our amphibian friends can be found in the newly announced mangrove swamp biome, where they can jump on water lilies and chew on fireflies. The frog looks very cute, but I still think that the cute crown will stay firmly on the newt’s head for the time being.

As important as this news, Mojang made more announcements on Minecraft Live this year. The next major update of Minecraft is the aforementioned Wilds update, which will focus on fine-tuning some biomes of the sandbox. The studio also revealed that in November this year, Xbox Game Pass will provide both Java and Bedrock Edition Minecraft.