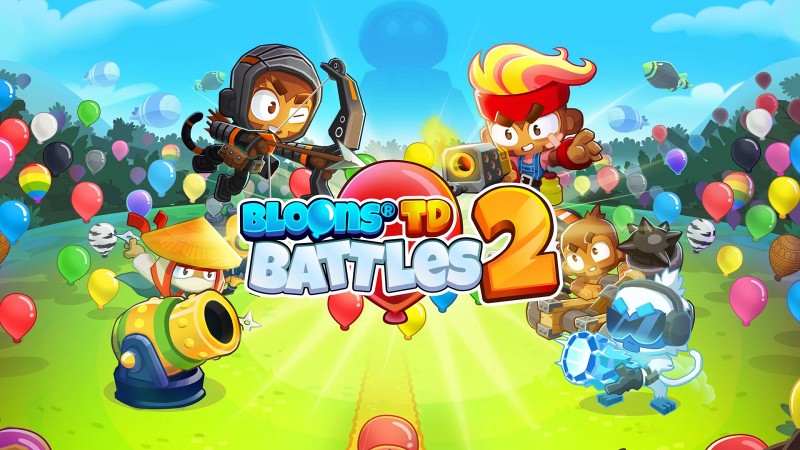 If you have played a tower defense game in your game adventure, you may have already encountered a bloons game by Ninja Kiwi. The direction of development in 2021 is different from the popular Bloons 6. The game has a clear tendency to compete because two players compete in tower defense operations. Tower defense games are everywhere, but after a very popular era of map modules, the Bloons franchise really took off. These modules include this genre, many of which started with Warcraft 3 or StarCraft. Dedicated tower defense games also exist and are especially common on mobile platforms. Among them, the Kingdom Rush franchise games are known. Anyway, this time it’s all about balloons!

In Bloons TD Battles 2, this is a head-to-head experience, because you try to use a tower to support your side to pop bloons (for those who don’t know yet, bloons are balloons. Popping is very satisfying) They) also send balloons to try to break through the opponent’s defense. You have to use the same resource pool to do any of them, but sending attacks on your opponents will increase your income value, so you will get more cash each round. Of course, there are other ways to increase your resources with various cute monkeys and/or banana boosters, such as snipers calling for supplies or building banana stands. There is always money in the banana stand. Some of the more powerful attacks you can launch against your opponent will also reduce your income instead of increasing it, so an alpha attack with a bunch of huge airship balloons may be an all-or-nothing game because you will be executing it After bankruptcy. The game is over when a bunch of small balloons or a huge airship-class balloon breaks through the opponent’s defense.

A variety of strategies are available, including hero-level monkey defenders. You can bring one hero and three tower types into any given game. However, even in such a small category, the upgrade tree provides you with many options. If you bring tack sprayers into the competition, you can theoretically build each sprayer in different ways with multiple privileges, abilities, and expertise. You can make one shot very fast, one time to put down the fire, another time to produce rotating blades-all from the same base tower!

Competitive TD is a niche market in tower defense games, but it’s great to see it still offering products in 2021. If you are looking for tower defense battles, check out Bloons TD Battles 2 for some great time!