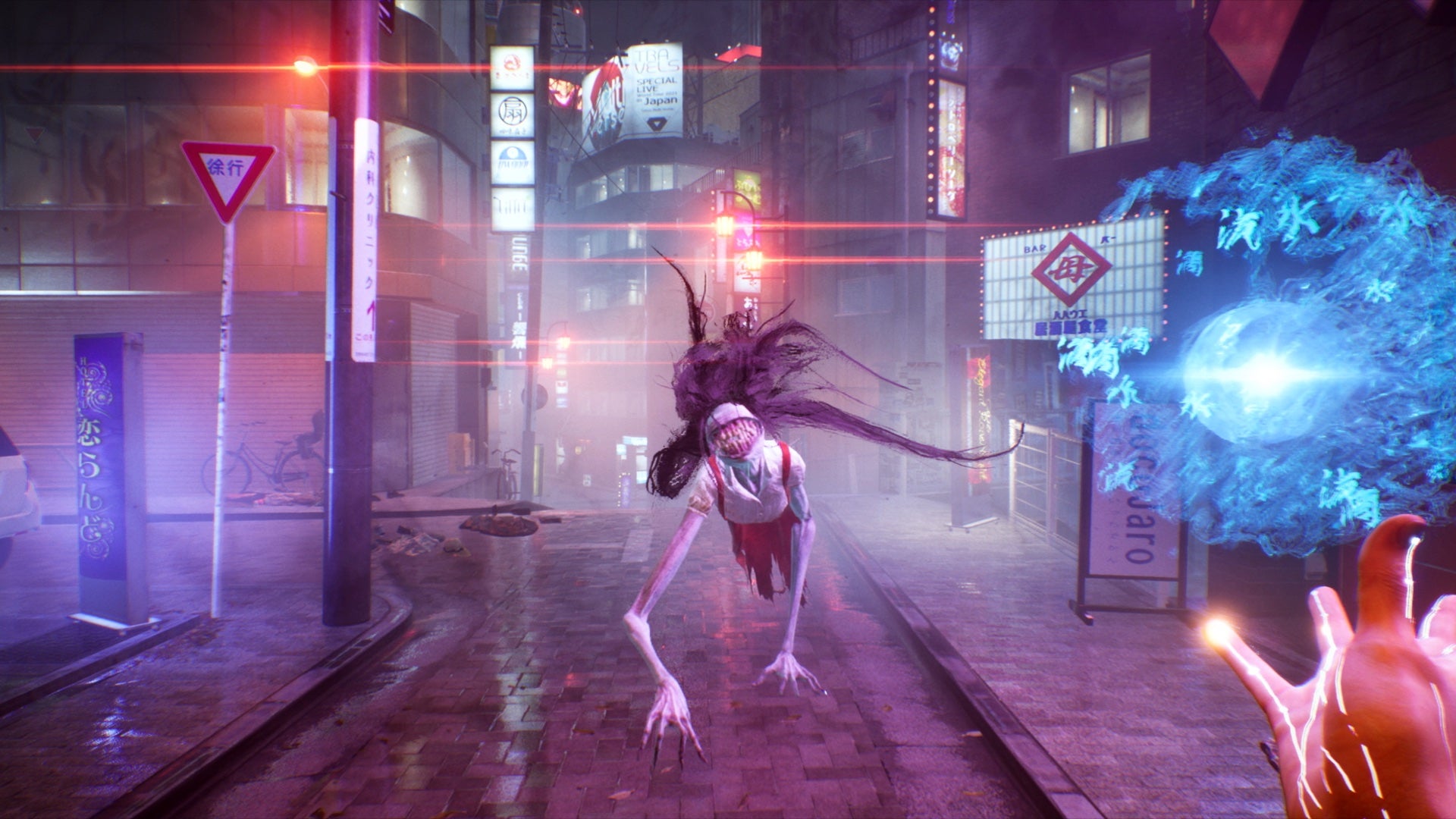 Ghostwire: Tokyo’s Discovery Loop is a brilliant conceptual pun. It is the game’s version of the “Tower Unfogs Map” mechanic popularized by Assassin’s Creed. Here, you don’t crawl things and check your watch while the camera takes an unlikely pose on the Bastille (or anywhere else), but rather clean up the demonic effects of the torii gates, which is quite useful Cleared the real fog. I’m not sure if it’s meant to be hilarious, but either way, it’s a giggle meta twist on the now-ubiquitous gaming trope, found everywhere from Zelda to Mad Max.

It has become a sort of lightning rod for complaints online about the predictability of open-world design. Terrible Ubisoft; their presence means any game they follow, usually in stark contrast to pre-release marketing, is another bloated Icon Janitor sim. Another Assassin’s Creed.

So, the blockbuster game market is saturated, spin-off Ubisoft open-world games, er, spin-offs. Everyone is tired of them. Except, they obviously aren’t. The last Assassin’s Creed game made over $1 billion. Not Canadian either, which is still a ridiculous amount of money. America’s. This means that once you factor in grown-up things like publisher fees and corporate taxes, you’re still left with a ridiculous amount of money.

For such a despised formula, it was a very successful one, and not just for its family stables. People who moan whenever they announce a new Assassin’s Creed will happily devour the next Spider-Man or Ghost of Tsushima. Even the all-important darling, Breath of the Wild, we’re all still obsessed with for its unapologetic Nintendo-style and polished interaction system, and it’s a Ubisoft-style opening whether you want to admit it or not World game with icons of taco climb and janit. So, what exactly is Ubisoft’s approach that has caused so much backlash? At least as far as their game design goes.

On the surface, Tango’s Ghostwire: Tokyo and Ubisoft’s Watch Dogs: Legion seem very different. One is a lonely supernatural thriller set in the abandoned streets of Shibuya, with a tight first-person perspective for tense up-close encounters with terrifying monsters that draw heavily on contemporary Japanese horror. The other, as the name suggests, has a plethora of potential player characters in a near-future London that is vibrant and not abandoned, using a third-person camera to pull back grandly to capture the sights and sounds of a city with more recognizable landmarks each. The square mile is arguably higher than any other major metropolis. Ghostwire Tokyo wants you to worry about what might be around the next corner. Watchdog lets you look around and manipulate the world from the shadows. Essentially, one game is about being haunted and the other is about being a ghost.

But there’s a ton of crossover beneath the surface. Both are Ubisoft-style open-world games set in a contemporary real-world city with a massive to-do list, and players are tasked with freeing the city’s population from oppressive forces. Ray-traced watering holes are also highlighted, though this is just evidence of the striking resemblance between Britain and Japan as nations (a maritime nation with constitutional monarchies, bad weather, and a culture of weaponized politeness).

Mechanically, they are as close as all other games of their kind. Same basic principle, lots of mixing. Detective Vision. Do X to reveal Y. RPG-lite player progression. Interestingly, Legion is configured in such a way that no part of it sticks to the landing spot, and Ghostwire Tokyo is a very satisfying package that, despite its many shortcomings, shares a lot with the Legion , it does a couple of things really well, and a bunch of other stuff that’s just barely passable, but certainly enough to put Legion in the dust for Metacritic averages (unless you hate pedantic about the platforms you’re comparing).

Legion is a large and complex mess with little personality, it designed itself through a USP of “play any NPC”, and the kindest thing I can say about it is that it seems like a clever idea on paper. It also seriously misunderstands the location it portrays: London is not a driving city by any means. This is a place that lives on a train line. Its grand railway station is a cathedral of commerce: a bustling hub full of the hustle and bustle of urban life. By contrast, the Watch Dogs version shut down and boarded all the iconic stations and relegated the subway to a loading screen. It has no sense of place. It’s not realistic. This is a strange version of the London that North Americans imagine. Like the Thameslink project, it’s a bunch of ill-conceived crap that baffles anyone who actually lives there. Although they did turn Vauxhall tube station into a stunt ramp, satisfying every idle fantasy of anyone who walks past it.

By comparison, Ghostwire Tokyo’s authenticity seems far more real. It definitely captures the ambience of wandering around Japanese cities in the early hours – street furniture, hot and cold Boss Coffee and Onigiri’s convenience store shelves, precise color and diffusion of light – and it’s all flawless (except for demonic incursions and the pervasive lethality of Sense of fear). The world feels like it was carefully created by someone familiar with the source (Tango Gameworks is actually located near Shibuya, not on a different continent, which might help). That’s not to say that games should only be set in places that are familiar to developers, just that their settings should be tangible.

Best of all, Ghostwire is a shorter, more curated experience. Clearing the Torii Gate will reveal single-digit side quests, not dozens. Collectibles tend to have tangible gameplay and story advantages. In general, the focus is much tighter. It’s lean and snappy compared to bloated behemoths like AC: Valhalla, and despite being — if you’ll allow me to simplify — the same bloody game, it’s not well-received.

The precious little we know about the upcoming Assassin’s Creed Infinite does suggest that if you squint, Ubisoft is correcting the bloated line. We’re told it’s going to be a platform for blockbuster vignettes — big stories told through small experiences. In theory, the same amount of AssCreed that Valhalla offers, but with more variety, and has been available to us in bite-sized form over the years. Sounds too good to be true; a way to eat a few cakes and eat them all. It’s an experiment that I hope will pay off, but perhaps the most popular is rumors of an upcoming Valhalla spin-off that will take players on a completely linear, stealth-focused adventure like Bassam.


Without being a businessman, it’s easy to think that Ubisoft really doesn’t need a trial-and-error next step. Almost every other developer of its playstyle has done a gift wrap feasibility study for Ubisoft, revealing that if it cuts the content count of its flagship game, narrows its focus on the basics, and works to avoid personalized longevity, it might What will happen. They all said it would be fine, probably?

If all else fails, just make sure you pinpoint the location. Nobody cares about Ghostwire Slough.