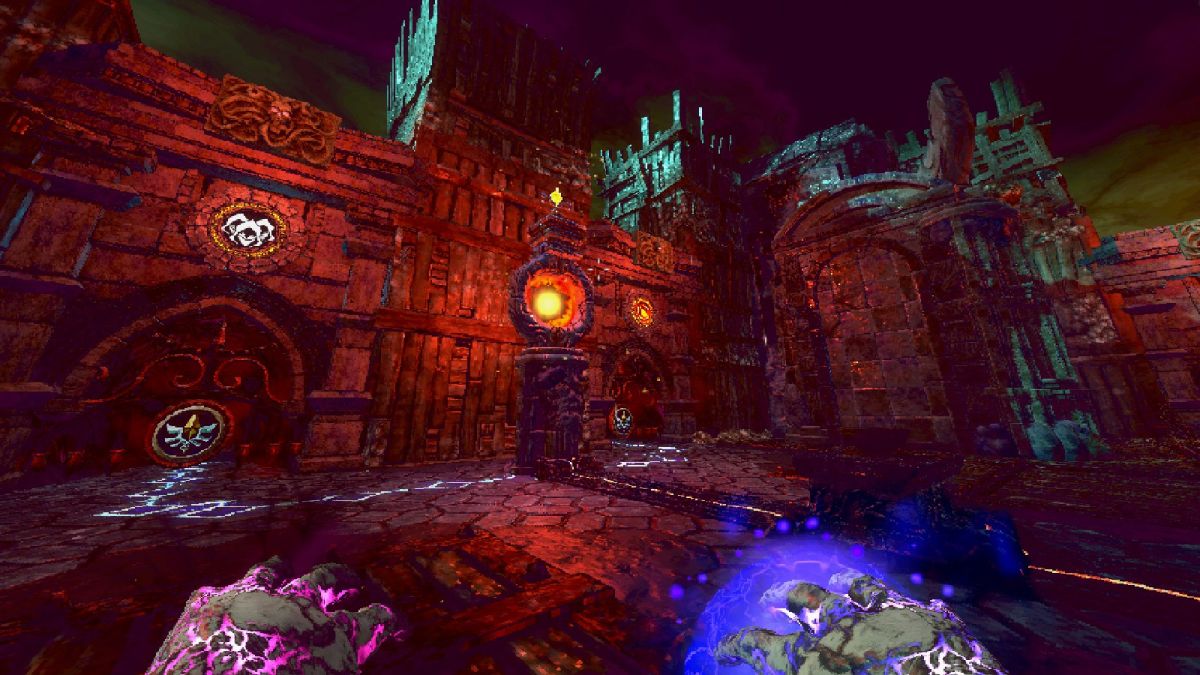 I just want to say: Magic is only cool when it is out of your hands. Every moment I was forced to use a magic wand while pretending to be a great and powerful wizard was an insult. As an unscrupulous arcane power, I don’t want to wield a stupid stick. I want to point at something and leave it unmanufactured, preferably through some kind of energy bolt or an unfathomable beam of light. Thank goodness, Into the pit Is a baby boomer shooter roguelite who knows me. When I sprinted through the ever-changing landscape of hell in the fog of the demon massacre at Olympic speed, I believed there were only two magics, and I firmly believed that I could kill any god of darkness waiting several stories downstairs, without waves. The branches are required. This is what respect looks like.

You followed your cousin’s letter and came to a village. In previous generations, the village shuddered at the yawning demon pit in the middle. Unfortunately, its newest city councilman lacked “Let’s close the abyss quietly”, and more “I actually want a demon army”, and quickly plunged the town into evil ruins. In order to save your cousin and prevent the terrible doomsday, you must run repeatedly in random areas of the pit, releasing villagers and enhancing your magic through old-school, fast-paced FPS battles.

The break-in pits all follow the same structure: four random floors, with four rooms on each floor, and then boss fights. You first choose a set of support runes that provide passive rewards and let you adjust the probability of some random elements. Then you choose which domain you want to drop to. There is an ingenious mix and match element here: you can choose an area, or you can let Pit mix the two areas you have visited before, combining their aesthetics and enemy pools. You can introduce the crab demon that corrupts the dock into the ash skeleton of the Obsidian Fortress by fusing their home plane into the Obsidian dock. This is an interesting cross-border drama, but in hell.

When the run starts, you equip each hand with a spell from the random pool. In the Pit’s selection of short-range spark showers, medium-range shotguns, long-range witchcraft bolts and explosive balls have magical similarities with standard FPS rifles, shotguns and rocket launcher arsenals.

They are all very suitable for the fast regressive rhythm of combat. In most cases, your best strategy is to keep moving (and compulsively jumping rabbits) constantly and forever. The only restriction on your spell casting is the very short recharge speed, even for the slowest spell types. Don’t worry about the ammo count, but the only visual indicator that your spell is ready is how bright your hands are. When I focus on flying kites around the enemy, I find this glow is difficult to judge, and when I have enough time to fire my spells, I will appreciate the proper instrumentation.

It plays like a shooting game of the past, but Into the Pit shares a lot of DNA with contemporary roguelike. Just like in the Hades, you have to choose the next room to enter based on the rewards it provides. In this case, this usually means selecting the various particles you will find in the front room-collectibles that act as currency in the village, or provide on-the-fly benefits such as deception of death opportunities. Clearing each room allows you to choose between three stats or spell upgrades. These can be as simple as a fixed damage boost, or they may give your spells a chance to plant a cursed seed on the enemy, which will explode after death.

So far, there is enough interaction to develop some interesting combinations. With my favorite one, the shotgun spell in my left hand will mark a bunch of enemies with a curse at the same time. Whenever they attack me, they will cause extra damage. I will use the remote burst spell in my right hand to clean up the painful or low health. The hand of the enemy inflicting additional damage.

Compared with modern hardcore roguelike games like Spelunky 2 or Enter the Gungeon, Into the Pit is not complicated or in-depth in mechanics, and it’s not as difficult as you might expect from the old-fashioned demo. This may be annoying for some people, but I find it refreshing to run a few laps without wanting to pull out my hair. When you continue to worry about your best build, it is good to avoid the kind of decision fatigue that roguelikes can produce. You won’t get into trouble with a bad upgrade choice, it’s easy to decide which particles to prioritize. And because the rooms without combat encounters will still provide you with new privileges or attribute upgrades, you can choose to take a break in the healing temple without feeling that you missed the upgrade.

From a visual point of view, Into the Pit style is great, with a proper dark color palette, you can still manage a lot of colors. The pixelated downsampling filter adds a lot of flavor to the retro vibe, but for the settings that are enabled by default, it can mess up the readability of the game-if you insist on using pixels, I suggest you turn off bloom. Although I like fast-paced battles, I hope that my spells can have more visual talent. The enemy will splash some blood and debris after death, but a single hit does not have enough impact to distract you, that is, you are actually just reducing the health bar.

I enjoy my time in the pit, and I plan to sneak in again, at least until I can bully the city councillor, because every time he shows up and publishes a nerd monologue after you kill the boss. I think my chance is good. This man uses a stick to do magic. It is absolutely unforgivable.