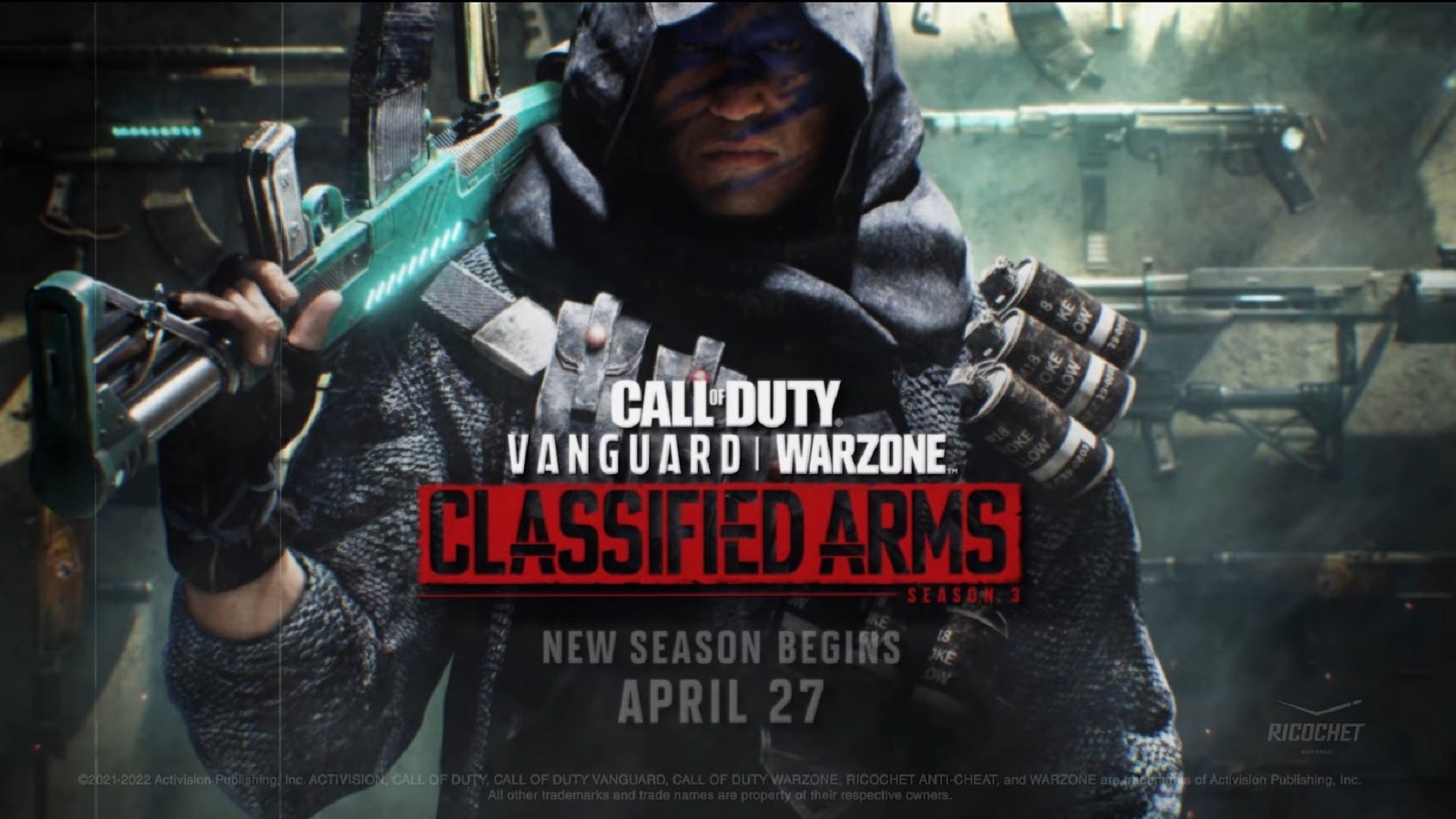 New trailers for Call of Duty Warzone and Vanguard season 3 have been released, showing what to expect in the coming months. The trailer is entirely cinematic without any actual gameplay, moving along the story of the Warzone Pacific, where events in the crater get worse.

While we did see three new operators in this trailer, and they’re likely to appear at the start of Season 3, the main reveal appears to be the introduction of Godzilla into the game.

We don’t get to see the monster itself, but a set of radio equipment playing its roar is the climax of the trailer, with the narration saying “the Nazis unknowingly shook something awake”. So it’s almost certain that we’ll see the King of the Monsters in some form.

there are more! The Call of Duty Twitter account posted a small audio clip (embedded below) that also features Godzilla’s roar. However, if you run the sound through Spectogram, you can see the “Monsters Are Real” text. It’s all fun, right?

We found a device broadcasting a mysterious frequency from the cache. Further spectral analysis is required to decipher the signal. Are there any soldiers who can help? 🤔🔊 pic.twitter.com/NxN4hrylOA


It would be nice to go back to the crater, especially since most of the fun in recent weeks has been spent on Respawn Island, thanks to the Respawn Revival update. Caldera feels a little lacking in comparison, so extra tweaks or even drastic changes to the map can only be a good thing, right?

We’ll find out when Season 3 airs later this month on April 27th. Are you excited for the next season of Warzone and Vanguard, especially after the awesome Season 2 Reload update? Let us know below!

For more Warzone articles, check out our best Armaguerra $43 loadouts for Warzone Pacific.