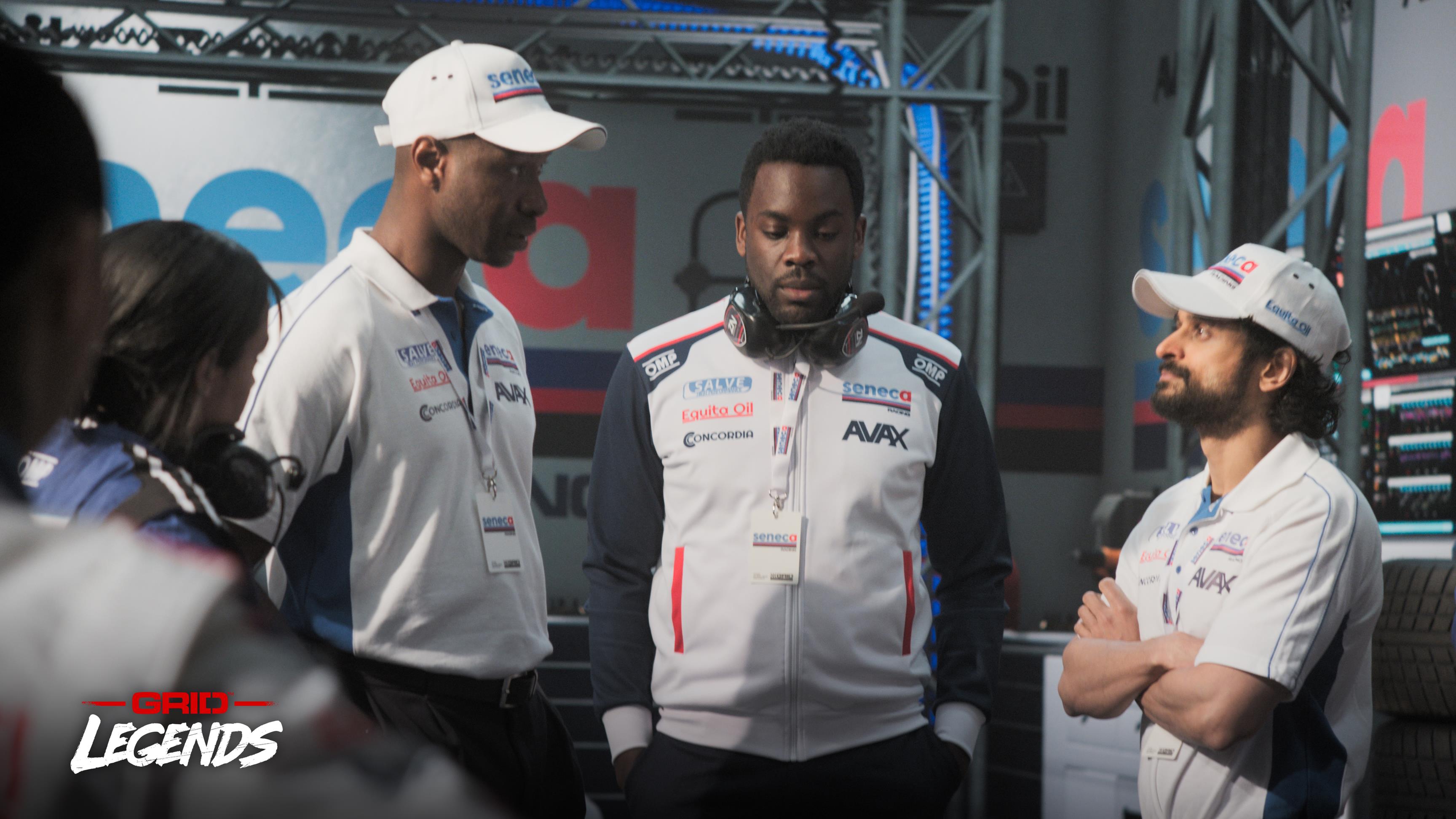 It’s been a particularly tough time for a racing game that isn’t Forza or Gran Turismo. Old-school closed-circuit racing with lots of looping content, static progression, some light customization, and standard multiplayer feels lost and outdated in today’s world.

I’ve been worried that this kind of mid-range racing game will disappear someday, and grid legend Certainly won’t help me give up on this idea.

Grid Legends is Codemasters’ latest attempt to find a place for the genre in a world where Forza Horizon has dragged the genre into the mainstream. Traditionally, grid games have been run on modest budgets – sufficient for handling mechanics and the usual categorization of content found in most known circuits. Other than that, you really can’t expect much.

Grid Legends is in a similar situation, with the main event this time being an FMV story that includes a new career mode. You’ll still find traditional and custom events — although we’ve turned them off in our preview build — but the main attraction here is the Driven to Glory story mode.

The story, presented as a faux-documentary, follows Seneca Racing, an up-and-coming team on a tight budget looking to make some progress in the fictional Grid championship. You are its unproven rookie driver, selected to help the team get there.

Codemasters places a lot of emphasis on creating believable performance environments for actors using well-known batch shooting techniques (as seen in The Mandalorian and other Disney+ shows). It gets the job done here and gives the game the ultra-glossy look you’d expect from an expensive TV show (though there’s no words to back it up).

Another disappointing aspect is that the story is a series of events and doesn’t reflect your success or failure in any way. It doesn’t matter if you win every game handily – no, that’s what happens if the narrative is about you barely getting points. I know it’s much harder to create a fluid narrative that reacts to your performance, but this disconnect makes it easy to not care about the action on the track or the story that’s formed in those scenes.

You could say it’s primarily designed to attract new players, many of which fall within the range of “finish fifth or higher” and other ultra-feasible goals. Sure, that’s fine, but the gameplay never makes you feel like the story likes to paint you as a loser.

The sequences also fail to impress in their own way. They’re not stupid enough to be FMV-level savages or dramatic enough to be “survival.” The rivalry teased in the trailer makes me think it’s leaning toward the former, but I haven’t gotten to that point in the story, nor have I seen what I’ve seen so far reflect that.

The action on the track remains largely unchanged. Legends looks as good as 2019’s Grid reboot, which is to say: nowhere near as impressive or detailed as Forza or Gran Turismo. You’ll still see puddles with standard reflections and minimal interaction with the body, slight interaction physics with tire barriers, and more. Even though the car damage removed many steps from the original 2008 Grid, it’s still fun to run into a corner at high speed and watch the bits fly away.

The result of what’s fair to call it dated visuals is that you get very high frame rates with absolutely everything maxed out. On my i7 9700K and 3080 Ti PC it went as high as 120fps at 4K and as low as 80.

The handling, while still maintaining its slippery origins, is now decidedly maddening — almost a homage to the Forza. This makes it easier to drive the car on the track, but removes many of the challenges that past games have relied on to make them stand out from racing packs. The event will take you through a range of different tracks and racing disciplines, but it’s all the same to me.

The Nemesis system in the 2019 game is also back, but somehow it’s less important; your nemesis will often play rude, like they did in that game, but that’s about it. You can ask your engineer for updates on your teammates and opponents, but this is rarely useful.

It’s hard for me to get excited about Grid Legends, even though Codemasters really seems to want to make it fun. But without Forza’s budget and production value, it needs more than FMV and simplified processing to appeal to casual players.