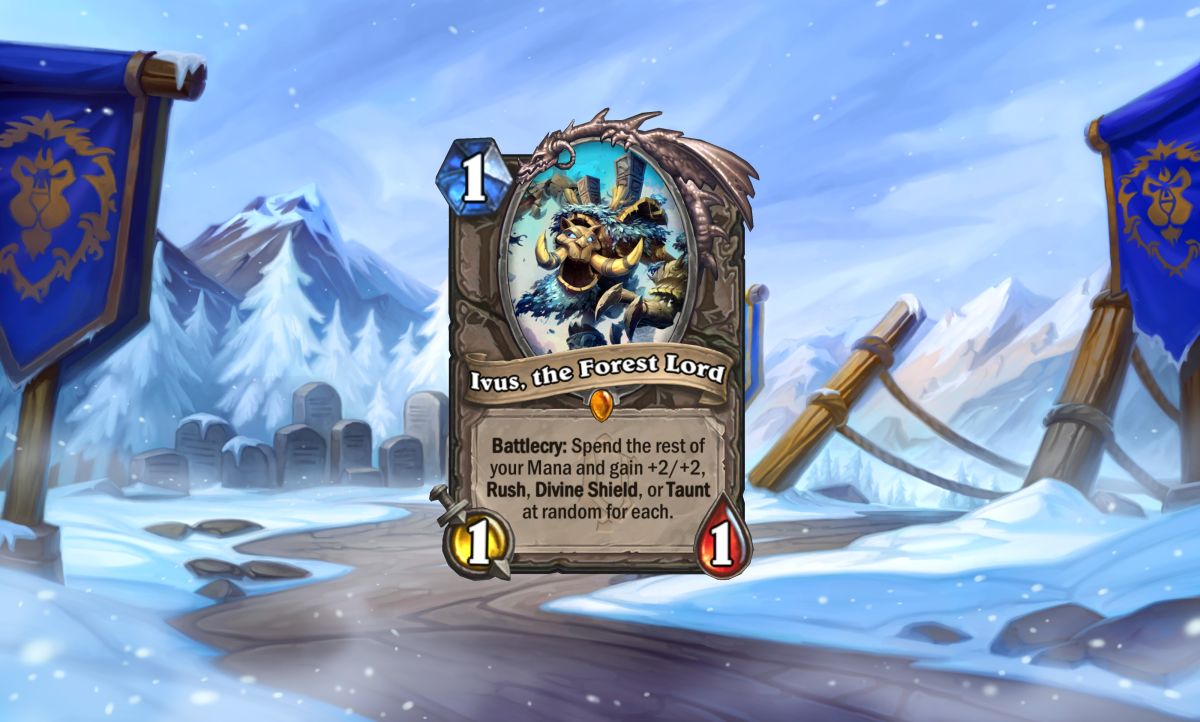 The recently announced Hearthstone expansion data broke in Alterac Valley, causing the Alliance and the Horde to fight against each other again, this time on the snowy battlefield where the Frostwolf clan and the Stormpike guard competed. World of Warcraft players may remember that this is where they used to plant 200 storm crystals, so they can summon the ancient war tree called Ivers, the king of the forest, to the Land of Discord-and now Ivers is back , Appeared in the form of Hearthstone.

“Frostwolf pushed us back!” Blizzard said. “Quickly, you must collect crystals from the fallen enemy and bring them to Archdruid Renferal. She can use them to summon Ivus, Lord of the Forest! The more crystals you collect, the stronger his power will be, so don’t delay The tide of war is coming to our advantage. For the alliance!”

What this means in the game is that if you spend 1 point of mana, you will get a 1/1 follower, whose battle cry will blow away all your remaining mana, and every point spent will give +2/+2, raid, and saint. Shield or taunt random. There is a clear synergy with another card in the series that has been made public: Wildheart Guff, a 5-cost legendary Druid hero that can increase your maximum mana to 20. Once you have 20 mana points, play Ivus, you may annoy your opponent to go to hell.

In addition to bringing back the old partner Ivus, the new expansion will require players to choose between the Alliance and the Horde. The choice will determine which tasks you accept, and you can earn honor points for completing these tasks. The faction with the most honor points at the end of the launch event will decide which of the two golden legends will be distributed for free: Drek’tal of the Horde; Fandral Spear of the Alliance. However, no matter whether your team wins or loses, everyone can get free gifts.

The rift in Alterac Valley will end on December 7, and the battle for honor points will continue until January 11.