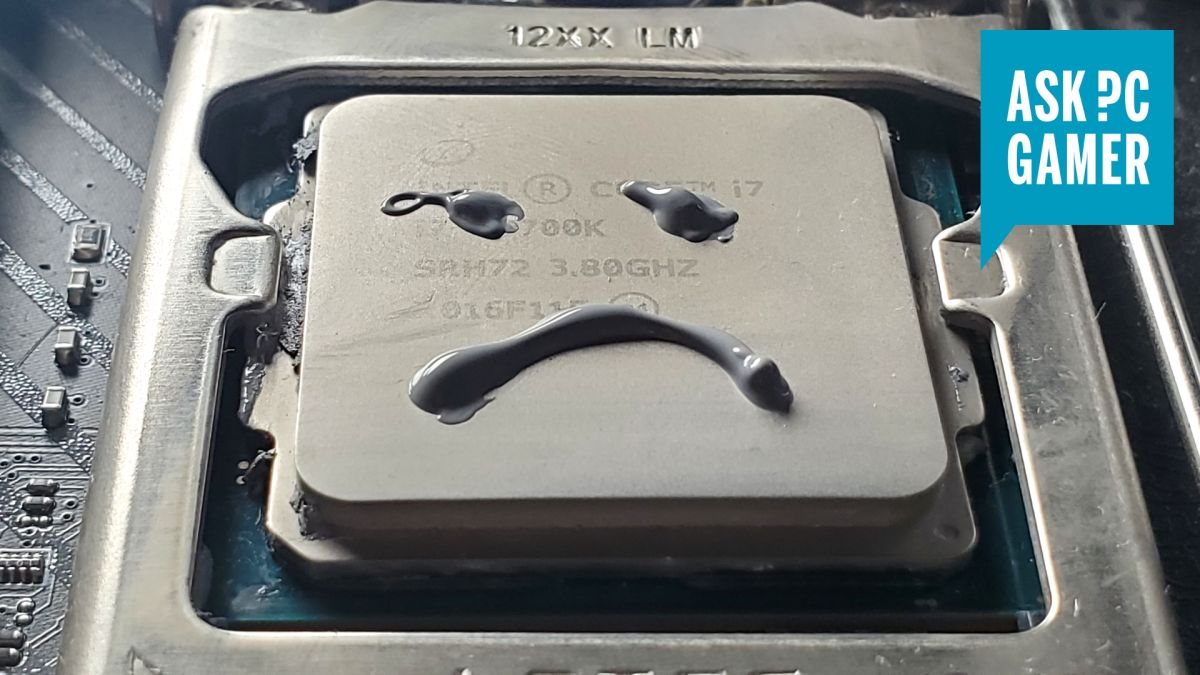 There are many ways to apply thermal paste, which is why it has become a sensitive topic for some enthusiasts. Everyone has their own way of applying to get the best results, but in my experience the best temperature comes from the simplest and often minimalist method of application – just one point. This is also known as the “grain of rice” method.

There is an updated caveat to this, larger CPUs may require more paste to cover a larger surface area, or to hit specific hot spots under the heatsink, but basically the advice remains the same: a small amount of paste will Long way to go.

Before reviewing my preferred application process, it would be helpful to understand some of the issues that can arise with different application methods. One of the most commonly used methods is often referred to as the “line method”. It does sound so. Apply a thin line of thermal paste directly to the center of the IHS (Integrated Heat Sink), then allow the pressure of the CPU cooler to spread the thermal paste away as you secure.

The problem with this method is that the paste is not evenly distributed. When trying to make sure you have enough paste to cover the entire area of ​​the CPU, you will most likely end up with too much paste. This can negatively impact performance as too much solder paste will eventually hinder effective heat transfer.

If you don’t leave enough clearance between the edge of the CPU and the end of the line, you may also run the risk of squeezing the slurry out the sides once you’ve secured the cooler. Not only does this create unnecessary clutter, but if you happen to use conductive paste, any contact with the PCB could cause a short that could damage your motherboard and other connected components.

Remember: The purpose of thermal paste is to fill in the tiny gaps on the surface of the CPU and heatsink, not to sit on top of the processor like gray cake frosting.

It is difficult to ensure that the thermal paste is evenly distributed. Some people (wrongly) recommend using a flat hard surface like a credit card to manually apply thermal paste to the CPU. While this does provide nice initial results and makes it easier to control the amount of thermal paste, it has one major flaw that greatly affects performance: applying thermal paste manually creates small air bubbles. Since air doesn’t conduct heat like thermal paste, temperature can be greatly affected.

If you install the cooler correctly, the simplicity of this method eliminates the problems of other application methods and guarantees excellent performance and even the spread of thermal paste every time. Before you start squeezing the plungers, it’s a good idea to make sure the cooler and CPU surfaces are clean. A quick wipe with a lint-free towel and some isopropyl alcohol will do.

Squeeze a small amount of thermal paste into the center of the CPU. All you need is a small dot a few millimeters in diameter. Don’t overdo it or you’ll sacrifice performance. No more than one or two grains of rice.

Before installing the cooler, make sure all required hardware is in place. If you put a cooler and then realize you forgot the stand or backplate, you’ll have to wipe it down and start over. Ideally, applying thermal paste would be the last step before installing the heatsink.

Make sure to place the cooler as straight as possible the first time. If you have to turn it to align the holes after it’s already placed, the thermal paste won’t spread properly.

It’s worth noting that with larger processors, such as Intel’s 12th Gen Alder Lake CPUs or AMD’s Threadripper chips, you’ll need more than one spot of thermal paste. No longer square means you can no longer rely on one application being evenly spread across the surface of the heatsink, so I recommend placing two small dots on either end of the processor.

As long as the paste spreads across the width of the chip, you’re good to go. This is important for things like chiplet-based Ryzen processors, which have three separate chips that require efficient cooling. If your application leaves bare spots on the CPU that can lead to overheating and slow performance.

After removing the cooler, you can see that this method provides an even distribution of thermal paste. There is enough paste to cover the chip area without causing it to overflow or form a thick layer that inhibits heat transfer.Sometimes less is more, in the case of thermal paste, less is more really more.