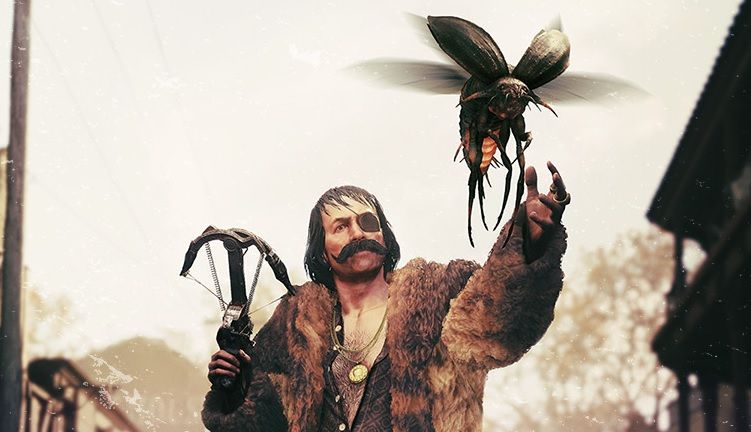 Two teases over the past two days on Hunt: Showdown’s Twitter account lead me to believe that the next feature and mobs added to the game will be an in-flight surveillance bug that players can use to spy on opponents. And I think it might arrive next month.

The above image shared yesterday is actually promoting the return of Skin Billy’s story, which is a lovely homage to the character of Daniel Day-Lewis in Gangs of New York. But attentive observers (that is, those with at least one eye) can learn more from the flickering silhouette unleashed from Billy’s hands, a flying beetle we’ve never seen before. Of course, this terrifying scarab isn’t just for decoration – it would be unprecedented for Crytek to show such detail without backing it up with something concrete.

Soon, it did. Exactly 24 hours and 1 minute later, the Crytek team shared this clip:

Since the current findings are relatively new, the scientists have not yet concluded their research, and we can only assume that more information about the species and its origins will be revealed in the near future. pic.twitter.com/OfRPlCSZiNSeptember 22, 2022

It shows a hovering first-person camera patrolling a prison compound in Hunter. Eerie, disturbing exoskeleton sounds can be heard. Intense vignetting vision — darkened like a modern security camera — pulsates with the rhythm of the heartbeat. This must be our mistake.

The lore propaganda that accompanies the video even hints at a newly discovered creature: “Since the current findings are relatively new and the scientists have not concluded their studies, we can only assume that further information about this species and its origin will be revealed in the near future.”

To be clear, the Crytek and Hunt: Showdown teams have not explicitly announced a bug project or feature. But several facts support this educated guess:

Hunter community members had previously been speculating that some sort of beetle monster would be Hunter’s next, unannounced boss. Hunt YouTuber HomeReel posted a video on September 9 stating that the patch notes and bug fixes reduce the “performance overhead of idle AI,” which HomeReel believes could indicate that Crytek is laying the groundwork for bugs or group-themed bosses consisting of many .

Of course, Hunter already has a bug-based boss: Assassins, a swarm of flying crawlers that move in and out of human form, splinter into copies of themselves, and occasionally cover the player’s screen with insects.

Hunt is just days away from the end of its 60-day Serpent Moon event, and Halloween is the perfect themed match for the game’s creepy horror atmosphere, releasing a new creature to accompany a Twitch-exclusive Billy Story character sale (scheduled for 10 12) would be a great way to start the season.