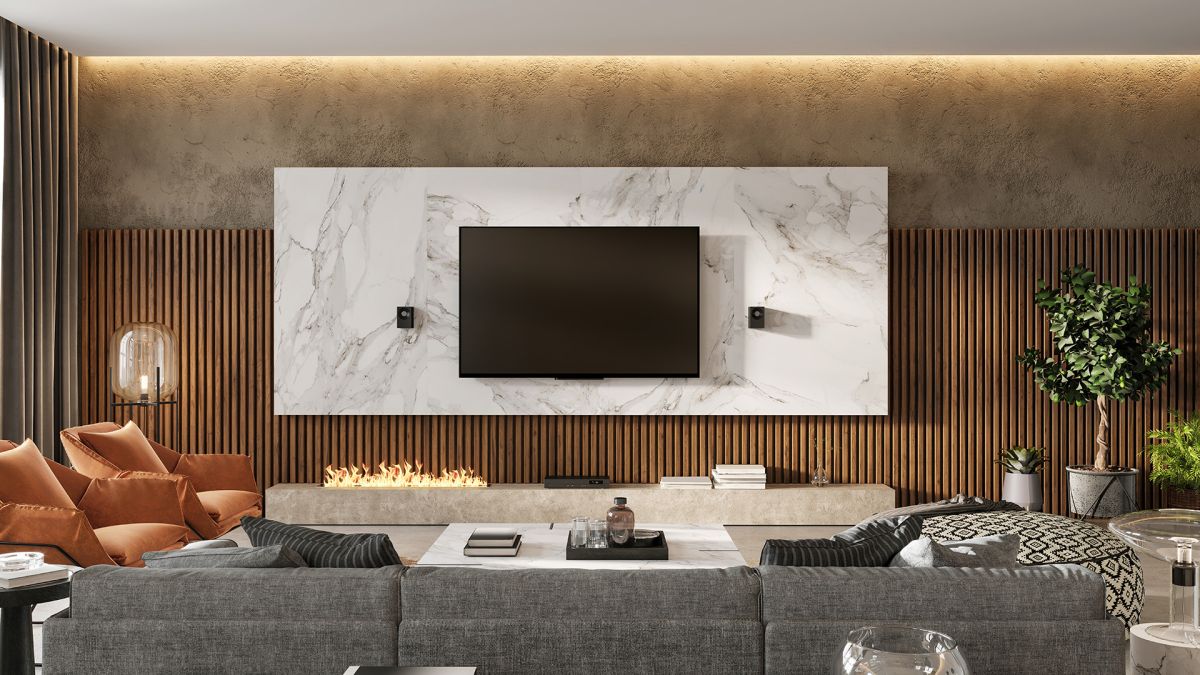 Have you ever been forced to crane your neck just to watch TV? Have a friend or family member made you think your TV is the wrong height? Have you ever installed a TV on the roof of a hotel room? There is a subreddit that can help.

This r/TVTooHigh (opens in new tab) The subreddit is a group of over 80,000 dedicated academics, or perhaps academically adjacent, who answered the question themselves: Is this TV too high?

The answer is almost always yes; as you scroll through the subreddit, you’ll notice repeated images of the TV towering above the sofa and hidden above the wardrobe. The most common infraction is to install the TV high above the fireplace mantle, which is where the TV is installed, which is very common in the UK. Not a pretty sight.

The worst offender would have to be a corner mounted TV – the type of TV you’ll find in a cheap hotel room. A screen that’s too small, the burn-in is severe, and one remote seems to have been designed by someone who’s never seen the other, mounted in an awkward location, downwind of the bed, but in such a place, you have to move slightly to your side to see it.

The best bit by far is the cable draping softly from the wall to a plug integrated into the desk unit, next to an aging and rarely used hotel phone.

Yes, I hate those.

Some people try to go beyond reliance on intuition and try to Create a math formula (opens in new tab) Whether the TV is at the correct height or at the correct angle. Sadly, these academics are not well-received by others on the subreddit, arguing that judging the relative height of TV is more of an art than a science.

However, the height of the TV isn’t the only problem with many of the photos on the r/TVTooHigh subreddit. As you scroll through images of room after room, you start to notice the tendency of the sofa to move away from the TV, so that not only do you have to look up to watch TV in those rooms, but you’ll have to look to the side as well. Enough to make you embarrassed.

Sadly, however, there’s nothing any of us can do to change the hateful trend of installing TVs in horrific places. We can only spread the good news as much as we can, and hope that one day we won’t be shamed on this subreddit too.