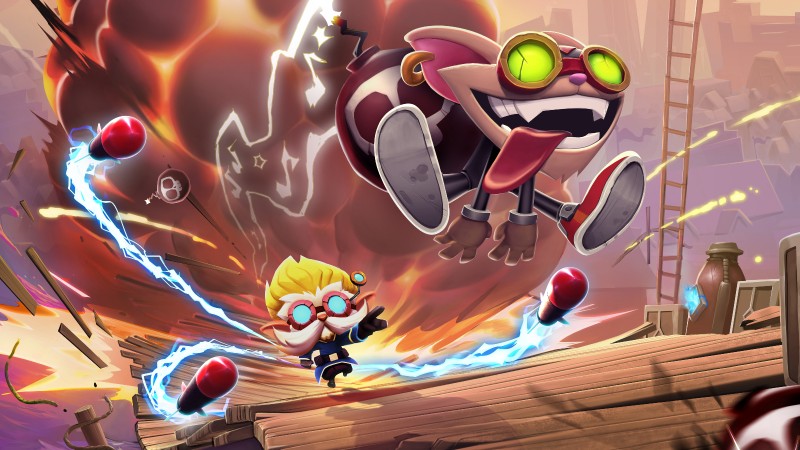 Earlier this month, Riot Games announced Hextech Mayhem: A League of Legends Story, a beat-matching game with some serious side-scrolling/platform games. Riot calls it a “fast-paced tempo runner,” which was reflected in Hextech Mayhem’s explosive (literally) release trailer, which premiered on the Riot Forge Showcase with Nintendo Switch today. You can watch the game screen below.

Piltoff is the cultural center of Valoran, with a gorgeous steampunk aesthetic, and is the main background of Hextech Mayhem. You play as Ziggs, a funny yodel (a spirit that appears in the form of a mammal) with a deep love and appreciation for big bombs. This time, instead of using his explosives to defeat the other champions in the arena, Giggs embarked on a journey of building a bomb to rule everyone, while avoiding his harsh and rigid nemesis Hemerdinger .

As Ziggs, you will “bomb on the beat”, running floating icons that change your direction on Piltwolf’s horizontal map (for example, launching you into the air, putting you back on the ground, etc.), while reducing waves and waves A wave of enemies and large-scale bosses are accompanied by fiery explosions. Heimerdinger is the poop at the permanent party, his armed soldiers and weaponized conspiracy stand between you and your musical.

Hextech Mayhem’s challenge seems to stem from its use of sensory overload. You will move with the music, but fireballs emitted after hitting enemies and objects with bombs will fill the screen, making navigation a disorienting activity. You must pay attention and do your best to ignore the colorful carnage to survive.

If this game loop excites you, then you are lucky. Hextech Mayhem: A League of Legends Story is launched today on Nintendo Switch and PC.

Sprinting through the streets of Piltover, wasting everything and everyone you meet, are you excited?