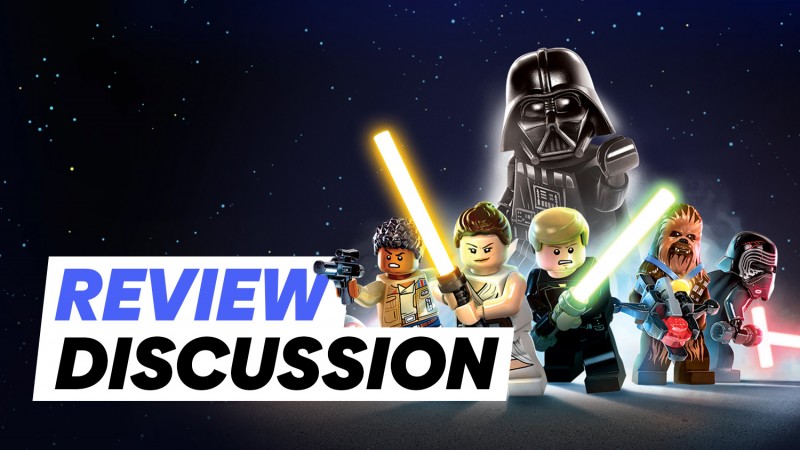 Since 2005, LEGO has teamed up with Star Wars to create some hilarious fun for fans of far-flung galaxies, and that collaboration is finally continuing in 2022. LEGO Star Wars: The Skywalker Saga is just around the corner, and we’re showing off some new gameplay and discussing our review thoughts on developer TT Games’ latest wacky adventure.

Join game reviewer Andrew Reiner, and host Alex Stadnik as they take you on the game’s opening tour.We travel to the first moment The Phantom Menace, new Hopeand The Force Awakens Gives you an idea of ​​how the game will play out across the different trilogy entries. Combat gets an upgrade in The Skywalker Saga, from Obi-Wan’s lightsaber throw that feels great to Leia’s blaster that feels fluid as you zoom in on the stormtroopers that are about to be doomed. Combat aside, we discussed the sheer number of characters, how the puzzles are implemented and whether this is the LEGO Star Wars game you’ve been waiting for!

Want to learn more about LEGO Star Wars: The Skywalker Saga? Be sure to check out Reiner’s full review, where he says:

“Developer TT Games has long been making Lego games, and this ambitious project showcases the studio at the top of its game, delivering brick-smashing fun and wonderfully ridiculous Star Wars humor from start to finish. While living in small moments, the sheer scale of the project seemed too broad for TT Games, as some of the content was uncharacteristically dry or unbalanced.”

If you enjoyed this review discussion, be sure to check out our similar videos, including Stranger in Paradise: Final Fantasy Origins, Eldon Ringand Horizon Forbidden West! Thanks for watching, we hope you enjoyed today’s video.