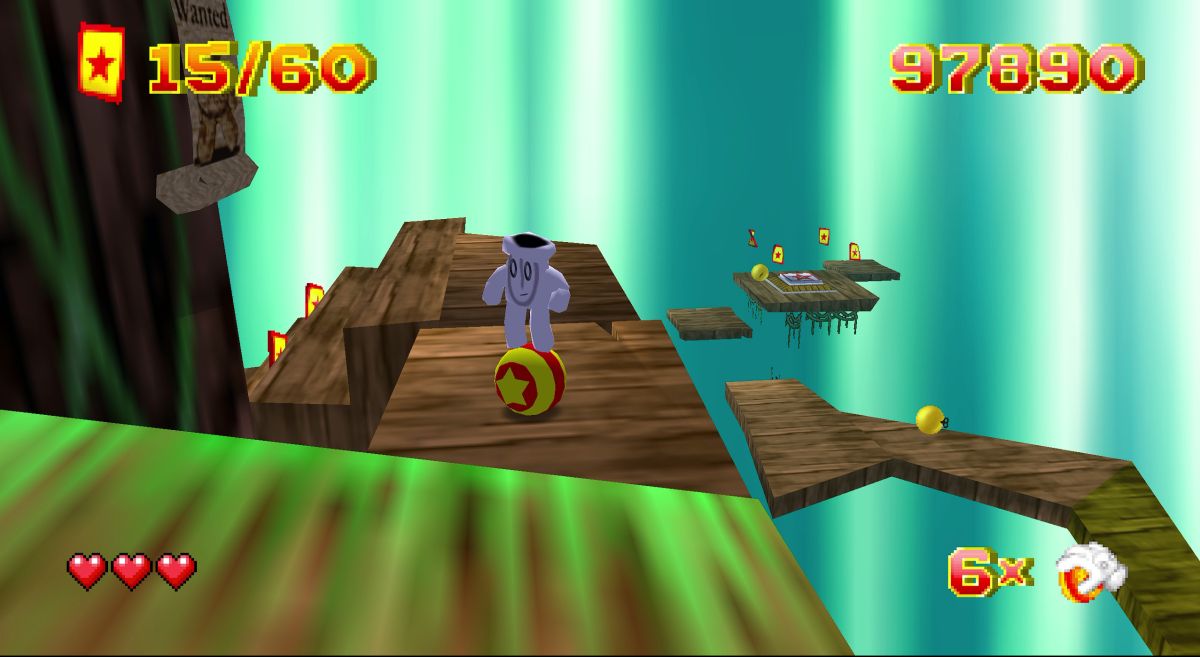 Just two months ago, I called the N64 game Glover one of many 3D platformers that “failed in the new millennium.”Now, it looks like my words are back, slapping me with the white anthropomorphic gloves because Glover will be steam and Gog today.

Glover’s return means the game is coming to PC for the second time (the first was in 1998). Developer Piko Interactive managed to get hold of the source code for the original N64 version, which means the game is very much as we remember it, with high-resolution graphics and widescreen support being the most notable improvements. According to Piko, they use N64 code because it’s superior to PC code (the less said about the notoriously bad PS1 version, the better).

The game is locked at 30fps, which might not sound like a lot, but it’s still double the frame rate of the N64 version. Piko says it won’t run at 60fps because “programmers say the mechanics of handball make the math very difficult for it to run at 60fps.” Looking at the Steam page, it doesn’t sound like it’s working on textures, models, soundtracks, or recovering content way to remake anything, but it does seem to have a better draw distance than the foggy original.

Glover was a 3D platformer of its day, set in six distinctly themed worlds, with moving platforms mysteriously floating in space and spinning collectible sprites beckoning you to danger. It’s both a platformer and a puzzle game where the goal is to guide the ball to the finish line in each level. Interacting with the ball is a joy as you can bounce it, throw it as a weapon, dribble it, and transform it into different forms like bowling balls and ball bearings to break walls or solve puzzles.

Piko Interactive stated back in 2018 that once Glover was released, they intended to finish and release Glover 2, which was originally announced for the N64 in 1999 but never came out.