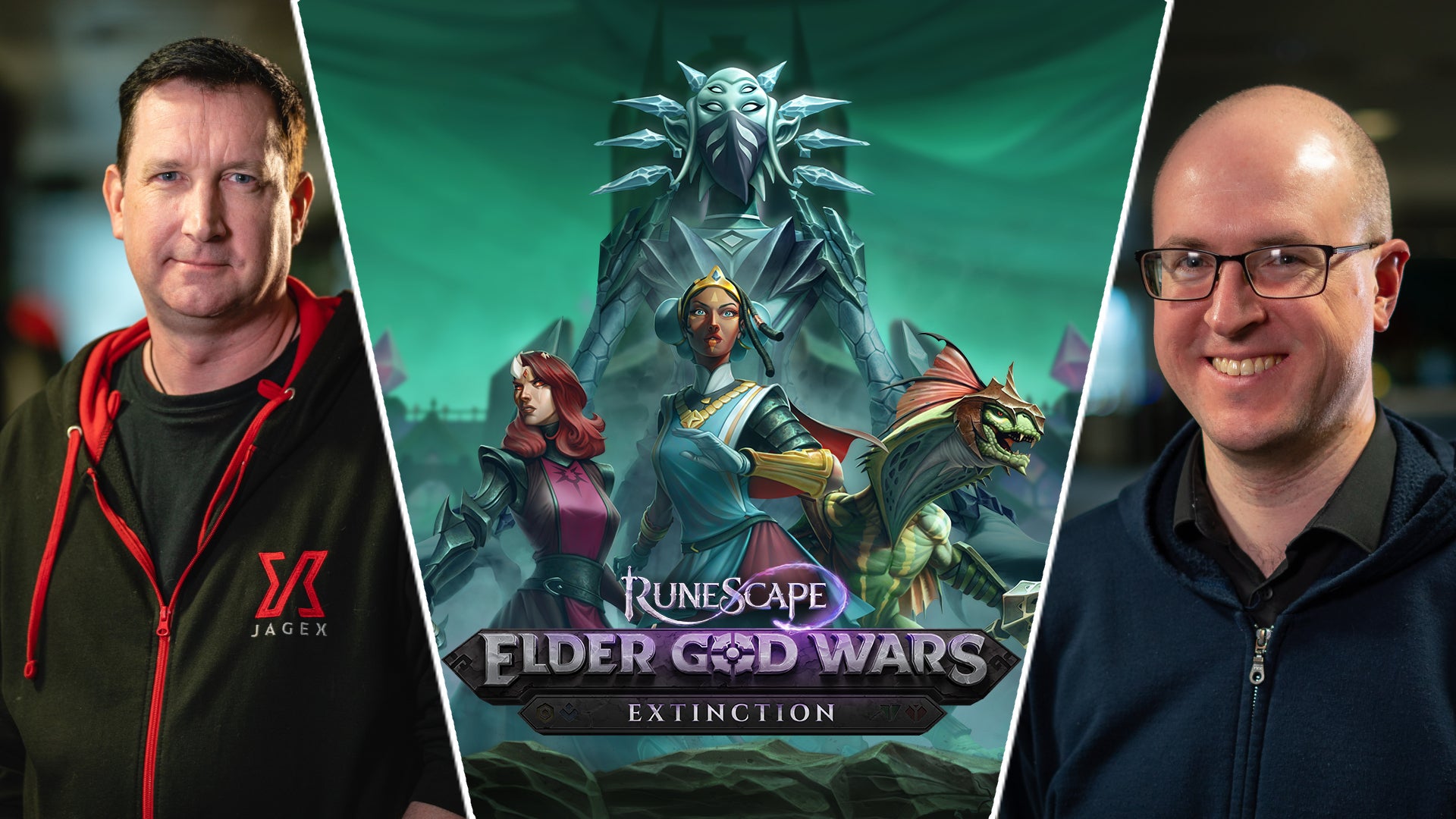 Runescape It’s been a while, so to speak. Originally appearing on the Internet in 2001, developer Jagex has released multiple versions of its popular MMORPG that have reserved permanent space on PC (and now mobile) for a growing community of players. The latest milestone is the end of The Old Gods War Saga, a series of content drops that have taken up most of RuneScape’s updates over the past year and brought a series of quests (and a fancy new dungeon) to the game in an unusual format from the past. RuneScape update.

As their latest mega-project draws to a close, I sat down with Product Director Matt Casey and Senior Game Designer Tim Fletcher to discuss the future of RuneScape after The Old Gods War, their narrative aspirations for the IP, and how RuneScape will play in the game. Out of the future massively multiplayer online games.

How does the community receive these tasks compared to some of the non-narrative updates in recent months/years?

male: If you look back to last year, we see more buzz from the community. As far as those who have been talking about RuneScape, last year was the best we’ve seen. The more people in the game, the more people discuss. I’m really happy to see this, especially with the staggered release schedule for The Old Gods Wars.

telephone: We’ve changed a lot in the way we deliver stories over the last year. In the past, RuneScape was almost divided into different areas. We’d release a boss, then there would be a quest unrelated to that boss, and then another quest would follow that quest 2 years later. It is scattered. Last year, we focused on delivering a more tightly-paced narrative that runs through most of the content we publish.

The missions released by RuneScape are unusual for most MMOs, and they appeal to most of our player base, but not all of them. So the idea of ​​War of the Old Gods is that the story develops through boss updates, not just quests, in a way that appeals to the rest of the player base. So this upcoming ending mission, not the end of a series of missions, but the end of everything that happened.

What are the narrative stakes in the future? Are we going to see a bigger threat of momentum continuing? Or are we going back to bake cakes in our next update?

telephone: Might as well bake a cake, but we wanted to lower the ante a bit! We don’t want to up the ante. It’s something we’ve recognized for a while, we want something that touches your level, something that threatens you.

Focused on creating a longer story for players to experience, do you think RuneScape will expand beyond gaming?

telephone: As a designer involving stories and lore in RuneScape, my desire is for RuneScape to be a success with a big fantasy IP. RuneScape is well known, but not for its characters and legends. I want to take us to a place where stories play a bigger role.

telephone: Yes! Strong characters, strong conflict, lots of back and forth stories. We want to be more involved in human politics, and we’ve been working on a Bioware approach to storytelling in which companions and characters play a bigger role.

Do you think future updates will follow that format we’ve seen with EGW missions? A more linear release schedule with clear progression between each update?

telephone: Absolutely. I think it’s a test run. We had to learn by doing because we didn’t have to deal with content that way before, which led to some really interesting initial issues like shortening the window to handle community feedback. In the past, we’d release a mission and have a year to review community feedback and take action to address the issue, while for EGW we’ve released six updates in a row, each taking a month. What we didn’t expect was that it didn’t give us many opportunities to respond to feedback on missions from previous months. As a company, we’re not used to that – we work with the players and take their ideas into account.

Of course, we did end up doing this, addressing the feedback a few months later, but it was an interesting moment where we realized we should have added some dialogue to address some issues, but we couldn’t do it in time because the next mission was already Finish.

Do you think you will change this format in the future to give yourself more time?

telephone: Yes, we need to figure out how to use it better.

male: For me, it’s its packaging. It’s producing content and entertainment in chapters, and the concept of seasons is something we’re pushing hard right now as we move into more seasonal structures with clear beginnings and endings. This will help us organize updates in an accessible way, if you’re a returning player and may have missed some of it. It provides a nice jumping off point.

You can see a lot in other forms of content, like boxed sets and the Marvel Cinematic Universe. It works well with RuneScape because we always release content updates on a regular basis, and our players recognize the value of common updates as part of their monthly subscription.

Why change direction now? The idea of ​​seasonal content has been around for a while – was there something about War of the Old Gods that prompted this change in strategy?

male: This is trial and error for us. We’ve had epic plans in the past, and sometimes those plans have been fragmented. If we get it right, we’ll have these episodes running through a season that can work. However, sometimes players get a little frustrated with not getting everything done in one go. So we needed to find a good way to present that content, and the Old Gods War quests would unlock one by one and bring people back. It’s all about keeping the right balance between the batch releases we’ve done in the past and the update style we’re doing now.

A hot topic among high-end players right now is the cost of death. I guess it’s an important part of the game’s economy as a major gold slot, but is there any progress in addressing this?

telephone: We have now assigned a developer. So we’ll announce when we have something about that. But as you said, this is a complex system and we have to be careful about the changes we make. Even what we say can have a knock-on effect on the economy! If we announce something and change our mind, it could have a bad effect on people’s bank value.

male: That’s the kind of thing we want to address this very carefully — it affects a lot of systems. We need to analyze the data and proceed with caution. Work is being done and it will be something we want to share with our players explaining what we are doing and why we are doing it.

I looked at some Jagex financial reports on Company House and mentioned the expansion of the RuneScape IP as one of your future goals. Can we expect to see RuneScape on other platforms, or maybe in a different genre?

male: I think it’s both. We’re always looking for ways to bring RuneScape to new audiences, whether it’s bringing it to parts of the world that we haven’t pushed hard in the past, or new platforms where it seems to work well. The challenge we faced was the nature of the game and it worked well on mobile! It doesn’t work well on gamepads! So we had to make some big changes to the game mechanics and control system to support console games.

Our vision is to bring the game to as many people as possible, although that doesn’t necessarily mean bringing it to every platform that exists, as it may not work. Having said that, we are always looking for ways to extend the RuneScape IP. This may have something to do with more games using game lore, the franchise, and the world of Gilanor. We have nothing to announce in this regard, but we are always looking for opportunities.

And, of course, you also have the company’s Jagex publishing division, which has come out and supported some game releases at the moment. I guess that’s going to be your tool for that extension, right?

male: Absolutely. We’ve seen products like Melvor Idle from a self-taught indie developer who is a huge RuneScape fan, and we’ve been able to bring it to the rest of the RuneScape community. We’re always on the lookout for more games to see if they fit into the Jagex release lineup.