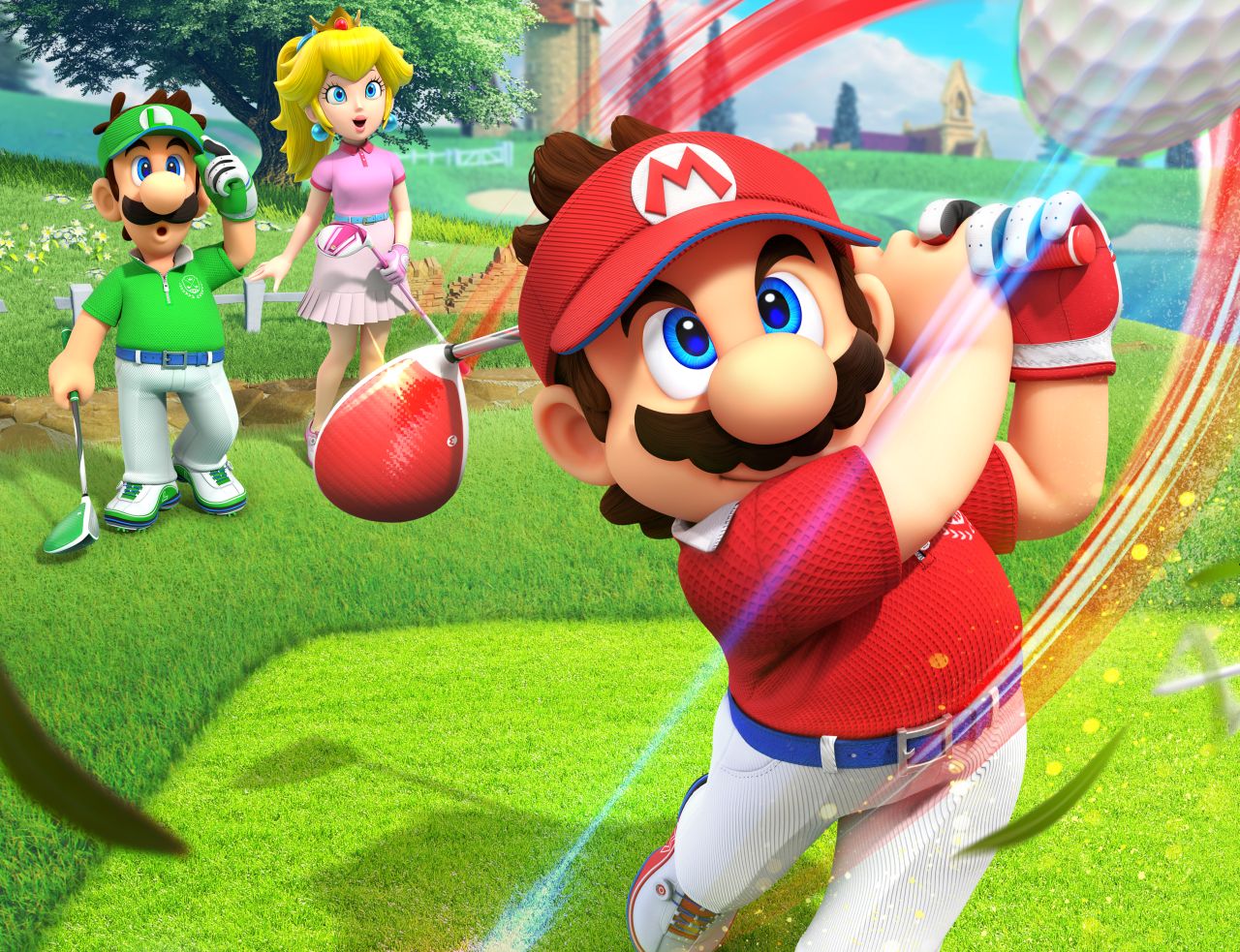 This includes free updates to the game, including additional courses and playable characters.

With the simple controls and shot gauge on the right side of the screen, you can hit shots that are quite difficult on a real golf course.

You can expect characters such as Mario, Luigi, Princess Peach, and Bowser to be included in the game. Some characters may be more powerful and others may have better control.

It has some familiar elements, but there are also additions such as speed golf and story mode.

It also supports both buttons and motion controls. With motion control, you can have a Joy-Con controller like a golf club and swing to hit shots.

Up to 4 players can participate in the fun in both local and online multiplayer.