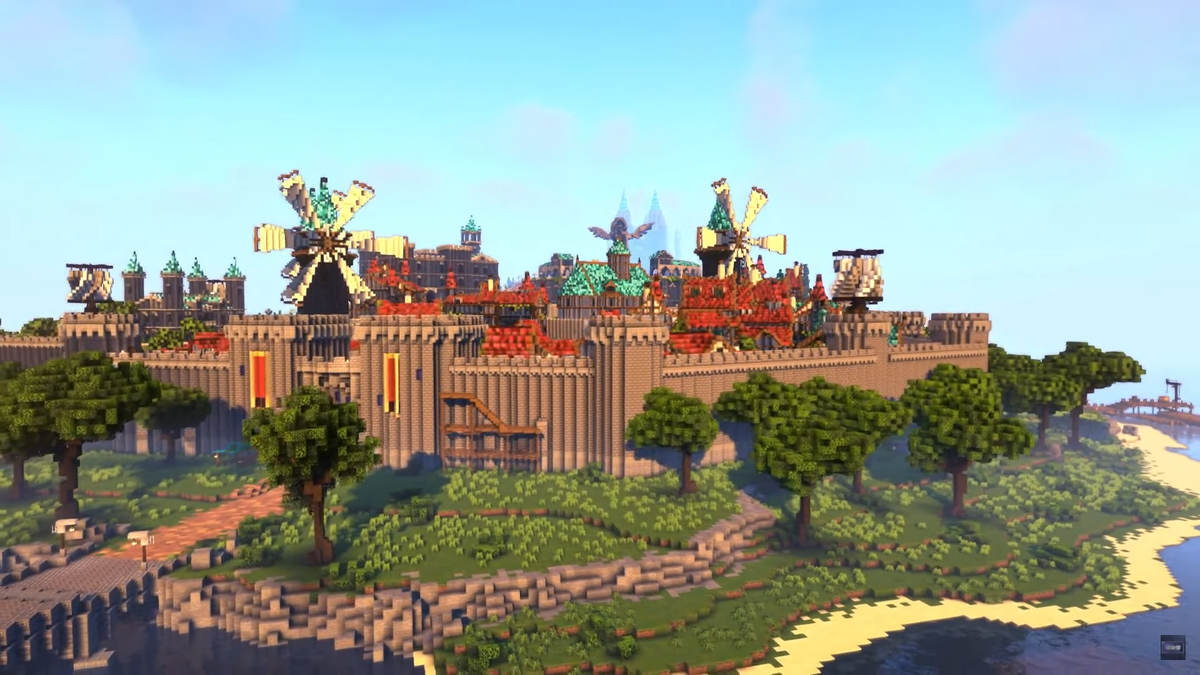 Mondstadt is the first major city in Genshin Impact and is basically the main center of the game for most of the game. Here, you’ll meet a lot of characters, take on quests, and generally spend a lot of time. Genshin is the equivalent of Whiterun, if you will. For a city like this one in a popular video game, it’s only a matter of time before Minecrafters get interested.

A German group called Skyblock Squad, led by Marvin Schmidt, has over the past five months rebuilt Mondstadt in Minecraft at an almost 1:1 scale (Thanks, NME). I say almost because, while it was an ambition, the team had to go to a 1:1.15 scale due to limitations in adding detail in Minecraft, especially internal detail. This in turn allowed the team to build the city with the most important buildings, which feature Genshin-accurate interiors.

The time-lapse video below shows most of the city, which is undeniably a beautiful building.

“Recreating an entire city from another game was quite a challenge, because you had to take measurements and get the scale right so it did look right in Minecraft,” reads Skyblock Squad’s description of the build. “The city was actually a little bigger than the 1:1 scale because Minecraft had limited means of getting the details. Marvin started planning everything in early August and we finally got it done, so it took 5 months in total.”

This isn’t the only Genshin Minecraft long shot: last month, Someone built Albedo’s campsite. It doesn’t look like anyone has managed to build the whole of Tevyat (including MiHoYo) yet, but this is just the beginning.You can grab the build and walk around in minecraft planet.