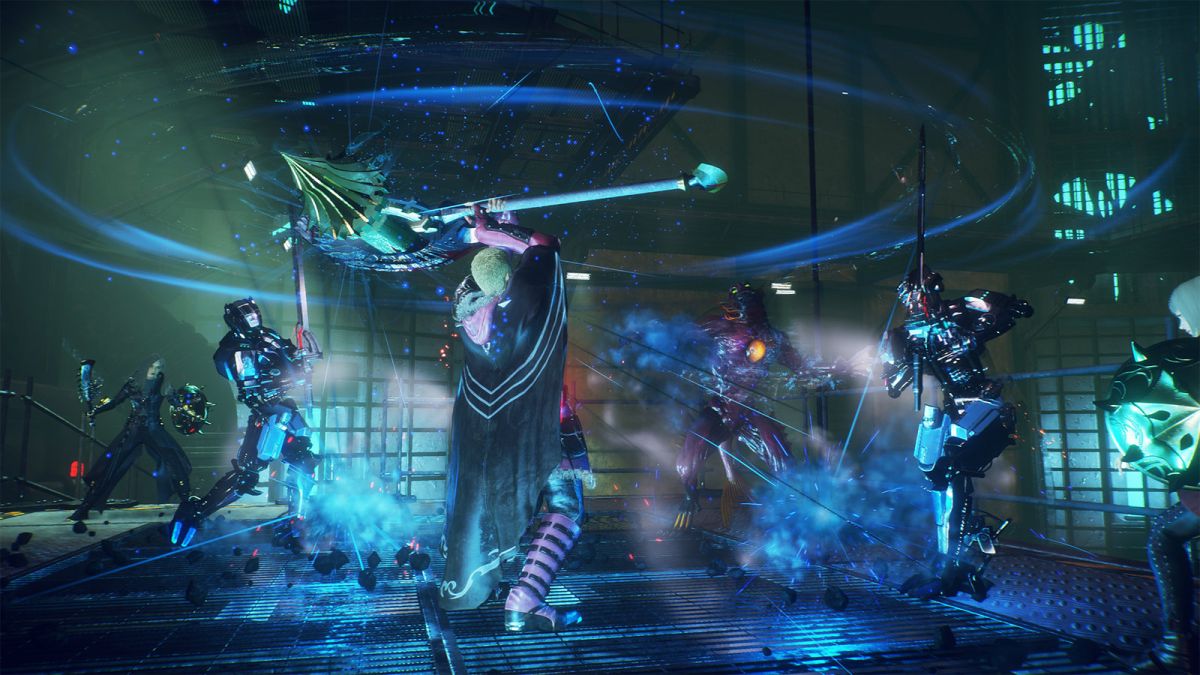 Team Ninja’s take on the Final Fantasy universe is less than two months away, and while the E3 2021 reveal trailer’s use of the words “Kill chaos” elicited a lot of scoffing, there’s reason to be optimistic. The prospect of a Final Fantasy soulslike developed by the studio responsible for Nioh is exciting enough, and some of the enemies shown in this new five minute trailer are genuinely spectacular. Sure, protagonist Jack is still heavily reminiscent of a PS3-era generic bro, but maybe some Frank Sinatra will take some of that edge off? There’s some Frank in the new trailer, too.

To coincide with the trailer’s release, some new details have emerged on the PlayStation blog. Two enemies are showcased: the Kraken uses its long tentacles to steal your precious buffs and will throw in the occasional water-element attack. Meanwhile, the Lich can inflict curses—always annoying—and to make things worse can also summon skeletons.

There will also be a job system, this being a Final Fantasy game, and these are basically combat classes. It sounds like there will be a lot of these to choose from, but three have been newly revealed: the red mage, berserker and samurai . Red mages are poised between an attack and support class, because they can use both black and white magic, all the better to both attack and heal. The berserker is a bit like a tank class, for those who prefer giant two-handed weapons , while the samurai is a more nimble job who can regenerate MP by attacking enemies.

The trailer gives you a bit of a flavour of all of this, as well as some vague scene setting, and it’s all incredibly dramatic until boom boom: old friend Frank Sinatra commences his croon. I don’t know why they used Sinatra, and maybe it doesn’t matter. Honestly, I’m onboard with the rather hamfisted tone of Stranger of Paradise. Depending on your mood, you can either take it deadly seriously or play it for laughs. It’s actually a retelling of the original 1987 Final Fantasy’s narrative, hence it probably lacks the sophistication of latter instalments. It naturally would also make a difference that Team Ninja is doing this, and not Square Enix itself.

The Stranger of Paradise: Final Fantasy Origin release date is March 18, when it will launch exclusively on the Epic Games Store.