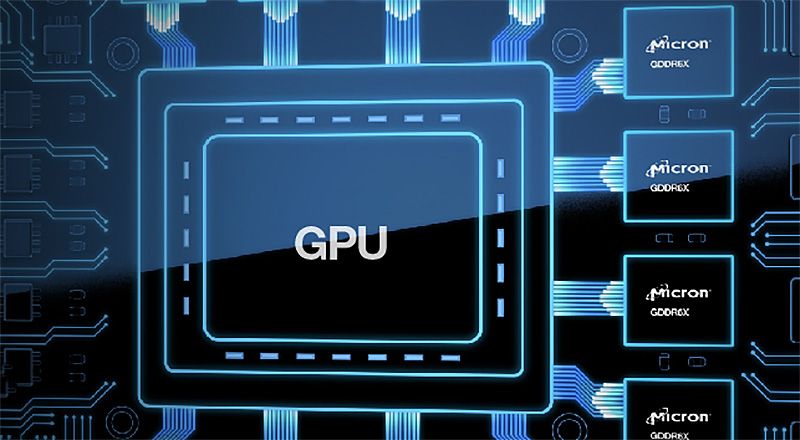 Next-generation graphics cards may feature GDDR6X memory running at 24Gbps. Memory maker Micron says its new 16Gb GDDR6X memory chips have “unprecedented headroom” of up to 24Gbps, although we’ve only seen those top speeds of 21Gbps on the new Nvidia GeForce RTX 3090 Ti.

Compare that to the 14/16Gbps GDDR6 memory used on many GPUs today, and you’ll see some ridiculously fast memory in the latest iteration of GDDR6X. Where else could it be put to good use other than Nvidia’s next-generation graphics card, dubbed Lovelace or Ada.

We might see these 16Gb high-performance GDDR6X chips make their way into Nvidia’s next-generation Lovelace generation cards, since they’re not reaching their full potential today. Micron says it has a “performance roadmap” to reach the touted 24Gbps.

I suspect this will be exclusively for high-end Lovelace GPUs. Cheaper, more widely available memory chips (from other suppliers such as SK Hynix and Samsung) may still be favored by higher-capacity cards with lower cost-effective stacks.

Nvidia is also likely to be the only GPU vendor using GDDR6X. Micron and Nvidia tend to work closely together on these faster memory specs — also working together on GDDR5X, which will make its way into Nvidia’s high-end Pascal graphics cards. That doesn’t completely eliminate AMD or even Intel from using these chips in future high-end GPUs, but history suggests it will remain Nvidia’s exclusive in the gaming GPU space.

As for non-gaming GPUs, they tend to rely on different memory technologies such as HBM2E.

The key to the high speed of GDDR6X is the PAM4 signal. PAM4 or 4-level Pulse Amplitude Modulation is effectively a technique for maintaining signal integrity through electrical connections, allowing more bits to be transferred per cycle. The result is, ultimately, greater bandwidth.

Not only GDDR6X memory uses PAM4. In fact, the PCI-SIG, the consortium that develops every PCIe specification, has announced PAM4 with the upcoming PCIe 6.0 standard.