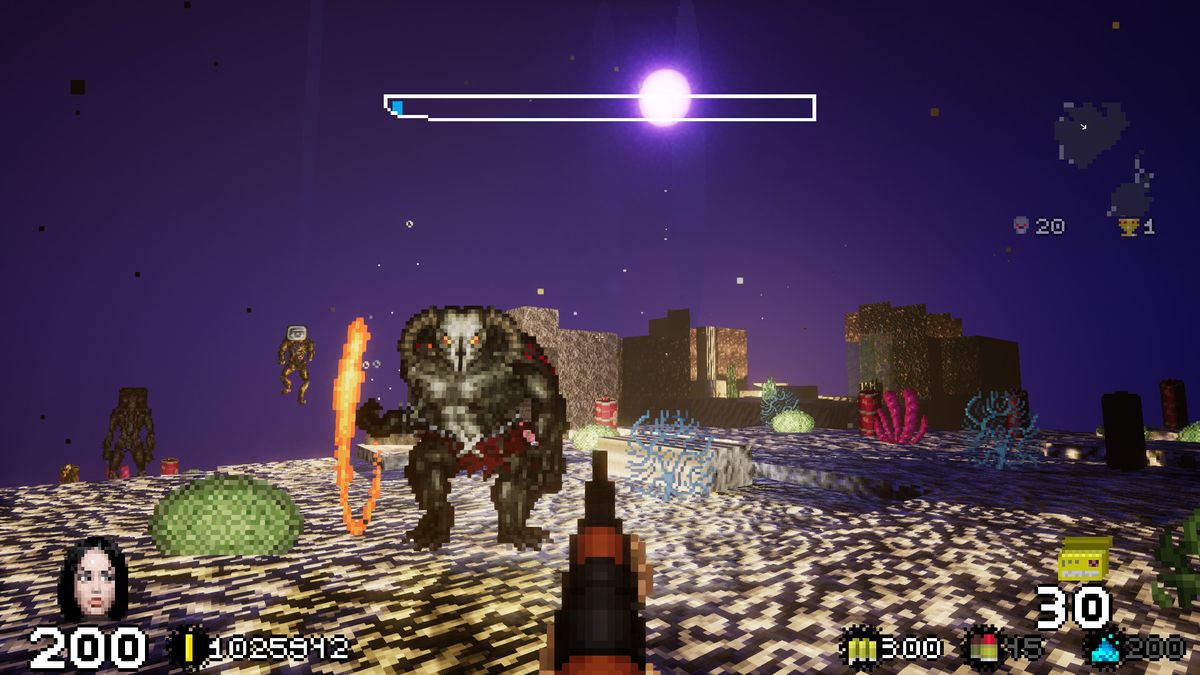 Between a modern roguelite and a retro FPS, Nightmare Reaper is the latest release from indie studio Blazing Bit Games, combining familiar elements into a formula that feels very fresh. Nightmare Reaper pits you against hordes of monsters that explode into fountains of blood, Nightmare Reaper features procedural and handcrafted open-ended levels that let you take on them however you want – as long as you like to blast them with over 80 weapons and all sorts of weird random modifiers destroy everything.

I really liked this weapon that could shoot lightning.

As you pass the levels, you’ll pick up new random weapons and a shower of gold coins. These coins can be used to purchase character upgrades and abilities through mini-games that you can play on what appears to be a Nintendo Game Boy Advance SP. I’m sure it’s either nostalgic or absolutely confusing to you, but it’s a weird little stylistic touch that lets you know exactly where Nightmare Reaper came from.

You can find the Nightmare Reaper on Steam and on GOG.