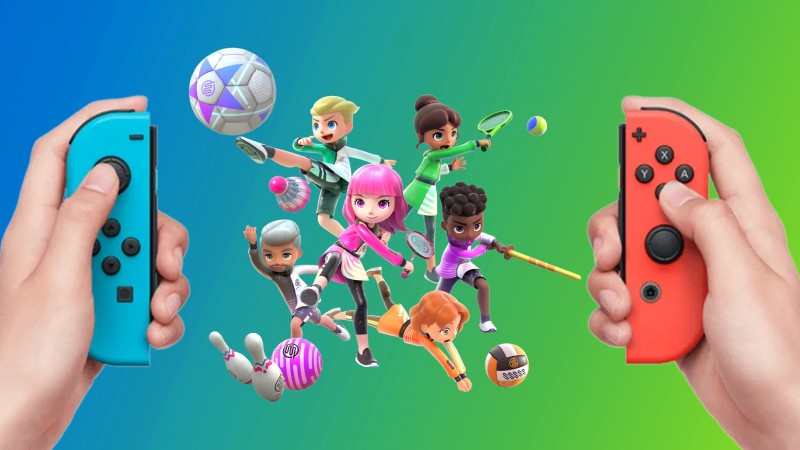 In today’s trailer, much of what we saw back in February is reiterated: the game takes place in the Spocco Plaza, a multisport facility unique to the Nintendo Switch. Activities like Volleyball and Chambara allow you to play your way through intuitive motion controls, from serving, bumping, setting, spiking and blocking to dual wielding swords to balance your opponents. In other games like tennis and badminton, timing can lead to more powerful shots. Bowling gives you wiggle room to roll straight or in different curves to catch coveted shots. Finally, Soccer has introduced an interesting new mechanic for the Joy-con, allowing players to wrap the controller around the thigh of their choice to simulate a dynamic kick.

Local and online multiplayer is a given, but a new ranked mode called Pro League ups the ante. Every sport has a professional league where you start with E-Rank and earn points from your wins to climb the leaderboards and get to the top A-Rank. There are 12 skill-based rankings in total – it would be nice if Nintendo Switch Sports accumulated a thriving esports scene. Of course, you can look cool while competing against AI or other players. The character customization menu allows you to create the sportswear of your Olympic dreams. Any points earned can be redeemed for cosmetics while playing online. You can also use Mii characters if you prefer a blocky, low-poly aesthetic.

Nintendo Switch Sports will launch on April 29 for the console of the same name. Golf will be rolling out an update this fall.