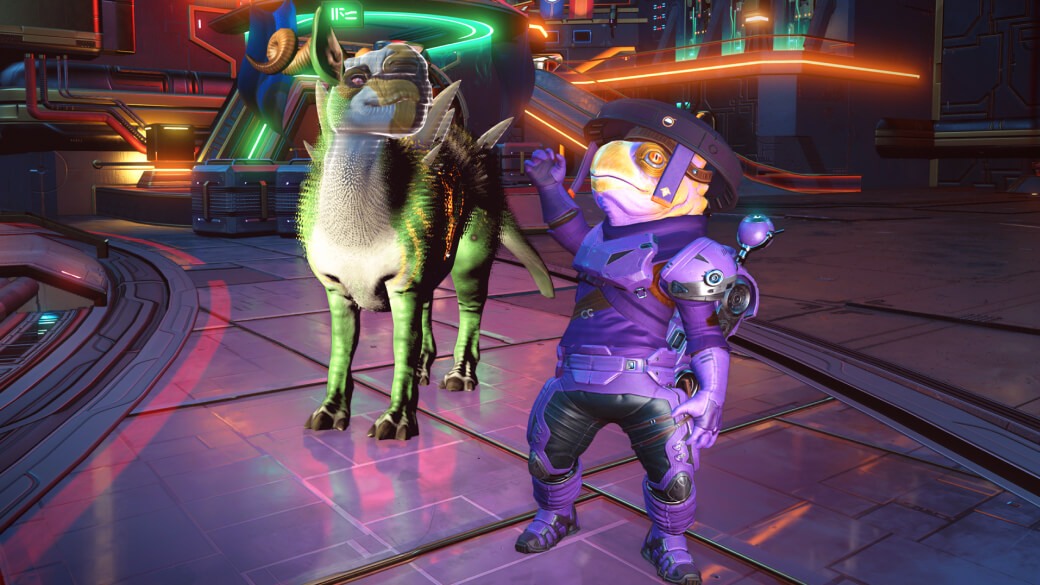 A new update for No Man’s Sky is available to make it even more beautiful.

Prisms update is now available No Man’s Sky, And it adds many visual improvements.

Expect support for Screen Space Reflection (SSR) technology for PCs, next-generation consoles, and Xbox One X. This allows you to create reflections as spacecraft and life forms move, and the illumination in the reflective areas feels higher quality and more realistic.

The update introduces a new style of volumetric lights, using color and directional volumetrics to add atmosphere to the entire universe. Interstellar navigation has undergone a “sensory overhaul” and the audio and visuals of the warp experience have been dramatically reworked.

PC players with compatible NVIDIA RTX graphics cards can take advantage of DLSS, and caves and underground biomes are even more heterogeneous and exotic as fungi and plants shine with new atmospheric lighting effects and the environment becomes more detailed and diverse. is.

The team has added new parallax occlusion mapping technology to previously add depth and definition to flat surfaces. Many textured surfaces in space anomalies and planetary structures are now displayed in more detail. Dangerous weather events, such as the effects of meteors and lightning, also have the opportunity to create valuable objects, giving those who bravely want to confront extreme planetary conditions.

The updated new lighting technology brings refraction to the game, and new effects can be seen everywhere in the universe, including glass base parts, spaceship cockpits, force fields, and alien bubbles.

The appearance modifier UI has been updated to provide a cleaner, clearer customization experience and a wider range of creatures to adopt. Fur has also been added to various creatures.

In addition, the type, quality, and number of stars in the sky have increased significantly.

The quality and control of the depth of field in Photo mode has been significantly improved, allowing you to manually control the bloom settings.

Sunbeams have also been reworked and improved to create atmospheric lighting effects.

There is There’s a lot to digest with updates, Catch the latest information in the latest blog posts.