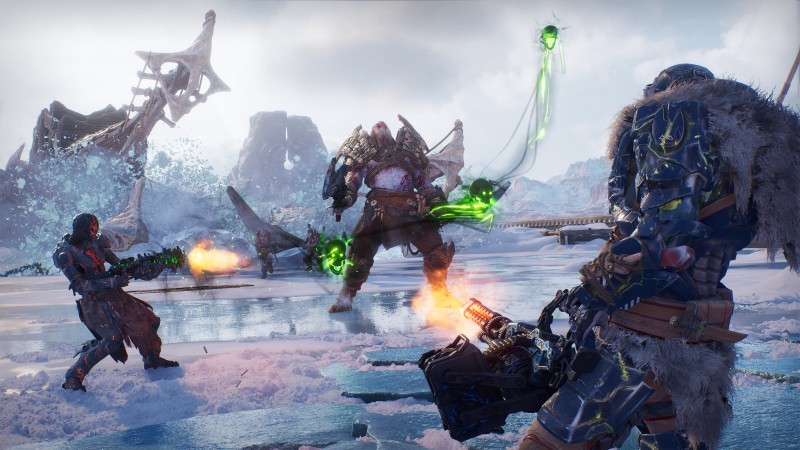 The Outsiders’ first major story expansion, Worldslayer, got a big reveal today during a special developer broadcast. A dense overview video provides a broad breakdown of its new activities, locations and features.

The Enhanced Edition of Outriders includes the base game as well as each update and New Horizons content. However, players who own the original game can upgrade to Worldslayer and transfer their progress data seamlessly. Existing players can bring their characters into Worldslayer, but if you want to start from scratch, new characters can be raised to level 30 so that expansion packs are readily available. It is also possible to play Worldslayer content first and then return to the original campaign.

Worldslayer takes place after the main story events of Outriders. Anomaly evolved further to produce powerful snowstorms that quickly froze the land. Ereshkigal is a powerful mutant rebel leader with sinister plans for the future of humanity and serves as the main antagonist. A new list of enemies and bosses stands in your way. In terms of loot, Worldslayer introduces over 100 new legendary items as well as additional weapon mods.

Progress has also been overhauled. The new PAX tree adds two subclass branches for each original class of existing classes, allowing you to diversify them further. Ascension is a long-term progression system that allows you to gradually increase your Stamina, Valor, Savage, and Anomalous attributes, unlocking a total of 200 points.

A new Apocalypse tier difficulty replaces the Challenge tier and will be available in all Worldslayer content. This level is capped at level 40 to keep fans engaged long after the event is over. The new tier also introduces Apocalypse gear, and it’s worth noting that these weapons include a third mod slot.

Completing Worldslayer’s campaign will unlock its endgame content: Trials of Tarya Gratar. Developer People Can Fly has been tight-lipped about the content, promising only that it’s “unlike anything we’ve done in Outriders before.”

Outriders Worldslayer is coming to PlayStation and Xbox consoles as well as PC and Stadia on June 30. There is no word on the price yet. Pre-ordering digitally gives you 48 hours early access to the base game and a 10% discount.