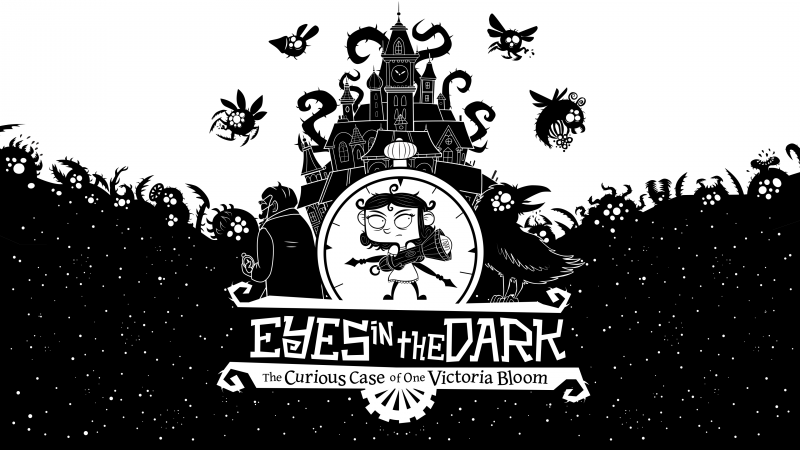 Croatian development studio Under the Stairs is working on a new roguelike under the Gearbox Publishing banner, putting the rogue-lite genre in a dark veil. Eyes in the Dark: A Victoria Bloom’s Curious Case is a black-and-white dual-stick platformer that debuts today at PAX East, aiming to make Players are shocked.

The studio has cleverly dubbed Eye in the Dark “Rogue Light”, and in it, as Victoria Bloom, you’ll explore the ever-changing, dark Bloom estate, using just a flashlight and slingshot for each run The search for her missing grandfather begins. The mansion has been shrouded in darkness, and every step inside is full of danger. With a paltry light source, Victoria will have to guide herself through the manor’s shady hallways, find batteries to keep her flashlight lit, and use dual-lever controls to fire her slingshot to face the threat within. Progressing through each area will give players the option to increase Victoria’s strength and run difficulty, while learning more about the Broome family, illuminating their history, and uncovering new insights that may aid in the ever-changing journey through the estate secret.

Like any rogue-lite, there will be plenty of items to enhance Victoria’s firepower or brighten up a room in creative ways. These items include a shotgun bulb, used to cast a wider beam of light in situations, and used to set enemies on fire. Darkness can cast a thick fog over the environment, which Victoria’s inspired weapons need to clear, while also competing with creatures hiding in the estate, such as giant spiders and other creepy reptiles that crash at night.

Under the Stairs has announced that Eyes in the Dark: A Victoria Bloom’s Curious Case will release on Steam and the Epic Games Store on July 14th for $14.99. Players who pre-order the game will receive the soundtrack for free, and save $4.99 on pre-release purchases.