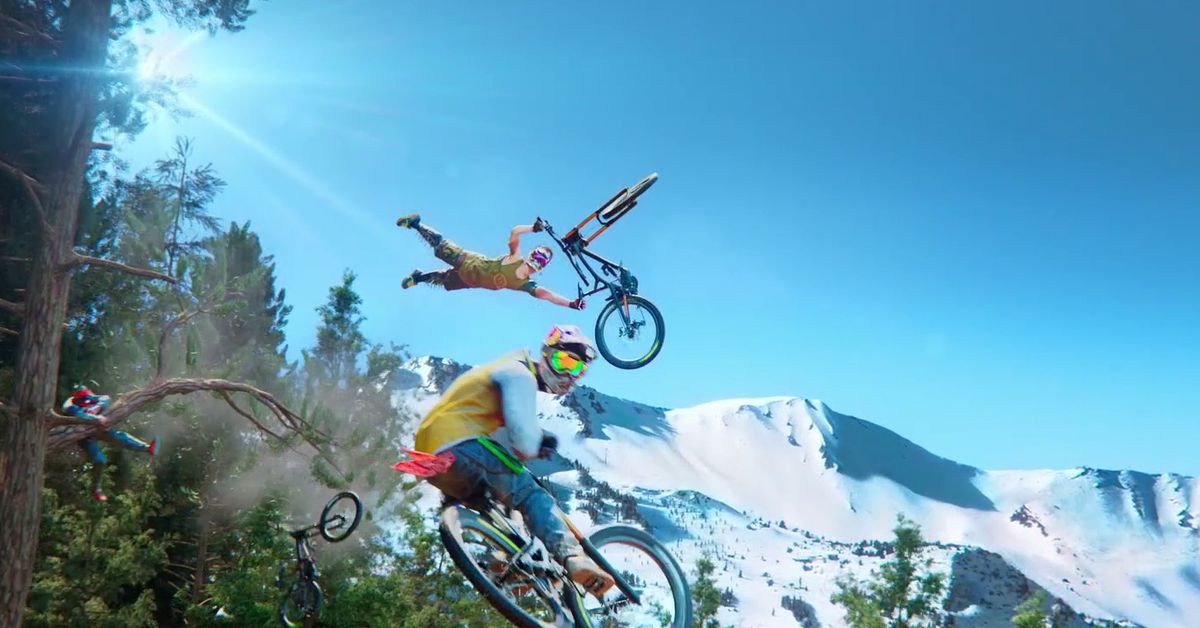 The trailer unveiled a new game mode called Trick Battle that allows players to change the color of the grind rails and ramps by performing tricks. Crushing all the rails in the area captures the team’s district, performing tricks and contributing to the team’s overall score.

Ubisoft also showed players gliding through the mountains on a first-person mountain bike, snowboarding around the park, and a rocket-propelled jetpack. All these sports have races, including rocket propulsion pedal bikes that fit the new jetpack.