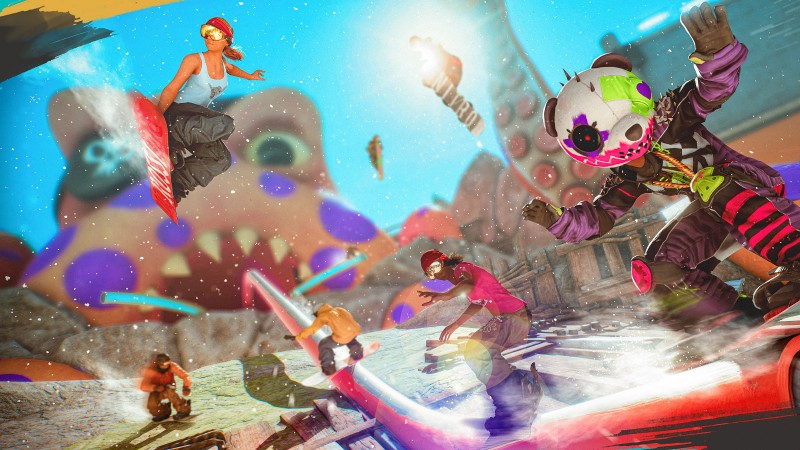 Today’s Ubisoft E3 showcase features an open-world action sports game, Riders Republic, featuring a variety of game modes, along with a hub that allows players to participate in missions and check in-game news. .. Registration for the multiplayer beta has also been announced.

The trailer featured a variety of terrain and sports available at Riders Republic. Snowboards and ski trails, deep crevices for wingsuits and parachute races, desert mountains for BMX racing, and more. Ubisoft closed the trailer promising more sports, courses, and game modes, but didn’t specify what they were and when to learn more. The game’s beta registration was also announced, but the publisher didn’t say when it would be released.

The new trailer can be seen in full below:

Riders Republic was first announced last September as an open-world multiplayer successor to the action sports genre. The game will be released on September 2 for PlayStation 5, Xbox Series X / S, PlayStation 4, Xbox One, PC and Stadia. Initially, the game was scheduled to be released on February 25th of this year, but was postponed to January to give time for development. Riders Republic was developed by Ubisoft Annecy, who developed Steep, an open-world winter sports game released in 2016 prior to this game. The studio has also worked to some extent on The Division and the Splinter Cell series in the past.

For more news from Ubisoft’s E3 presentation, check out the constantly updated E3 hub page, as the company has expanded its new look to include Rainbow Six Extraction, Far Cry 6, and Rocksmith.