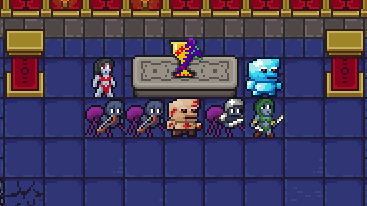 Hello! Do you like the idea of ​​traditional roguelike games like Nethack, ADOM, Caves of Qud or Cogmind?

Well, how about Rogue Fable 3, which is a traditional roguelike designed to provide a compact, cohesive, and replayable experience, not the spread of super-complex text that messes up your brain?

Thieves’ Fable 3 just released On Steam After three years of development (kismet, that), it counters the traditional roguelike trend by focusing on still short compact, in-depth experiences. It has the same qualities of depth and complexity, but it is not a huge one-hundred-story dungeon or a vast main world, but focuses on challenges that can be solved in an hour.

The neat part is not sacrificing depth to achieve speed. There are still a lot of weird items that can be used, combinations can be utilized and vague methods to blow up yourself…just…you can do it in an hour or two.

It has 10 professions, 8 races, a lot of power, hundreds of monsters, items and so on. It also has some fairly extensive environments, 13 in total, including poisonous marshes and volcanic areas specified by the government. Can you retrieve Yanduo’s goblet from the depths of the dungeon? Yes, you may be able to. Can you do it over and over again?