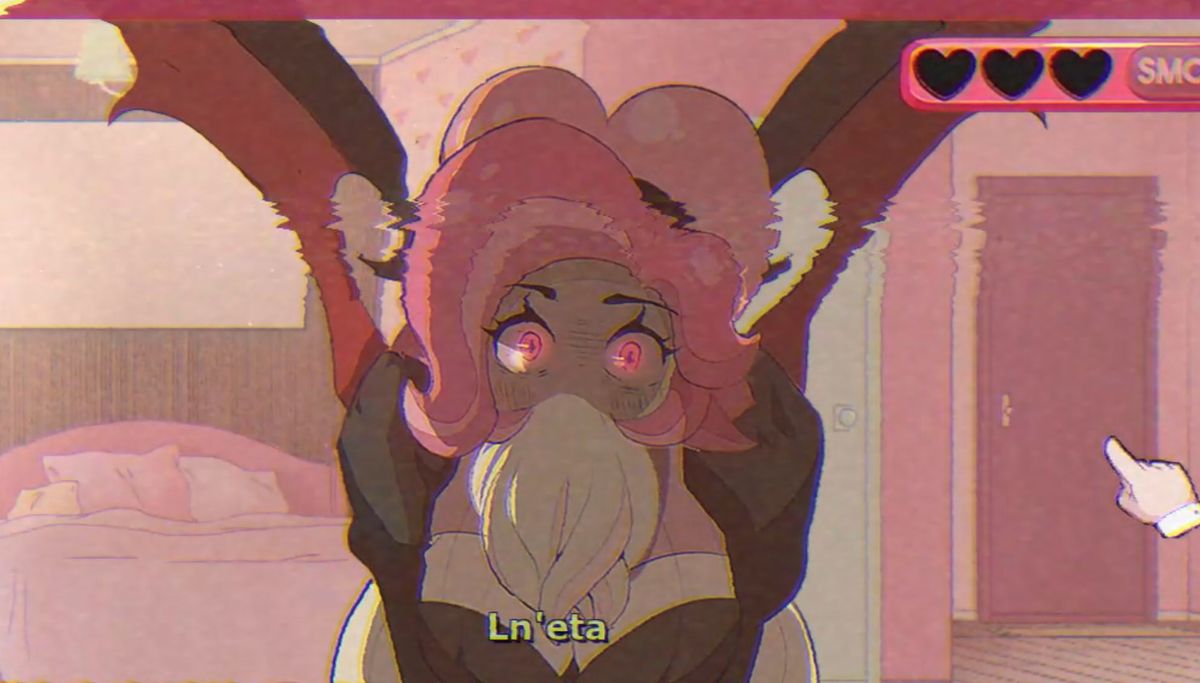 DreadXP, the publisher of the Dread X series of independent horror appetizers, is doing something different for its next game. This is a romantic visual novel and dating simulation game called Sucker for Love: First Date, which will be released in December. We have the first very strange trailer.

To be fair, this is no different from what DreadXP did before: it is actually a creepy horror dating simulator in which you will pursue your (literally) dream woman through invocation rituals— —Ln’eta, Estir or Nyanlathotep are inspired by the myth of Cthulhu. Fans may even be familiar: Sucker for Love: First Date is based on a pair of shorts from Dread X Collection 2.

Patrick Ewald, owner and producer of DreadXP, said: “After the original Sucker for Love concept in Dread X Collection 2 received amazing reviews, we knew we had something special on hand.” I am pleased to cooperate with developer Joseph Hunter Akabaka on expanding Sucker for Love into a series of interesting and bizarre games. “

Naturally, Sucker for Love: First Date is “significantly expanded” on the basis of the original concept, with a complete visual novel processing and a storyline that is more influenced by the player’s decision. Every dateable god in the game has a complete voice and will not judge you for any “abnormal desires”. Although the cosmic horror is scary in nature, you know, this is definitely not a horror game, and there is not even any real Dangerous player. “This is a dating game!” DreadXP said.

It may be so, but you rarely see a visual novel trailer that promises “No matter how humbling we are in front of the fear of imminent death, as long as I’m with you, everything is fine!” I am not a visual novel fan by any means, but I may need to look at this.

The sucker of love: the first date will be at steam And Itch.io in December. Check out more screens and images below.