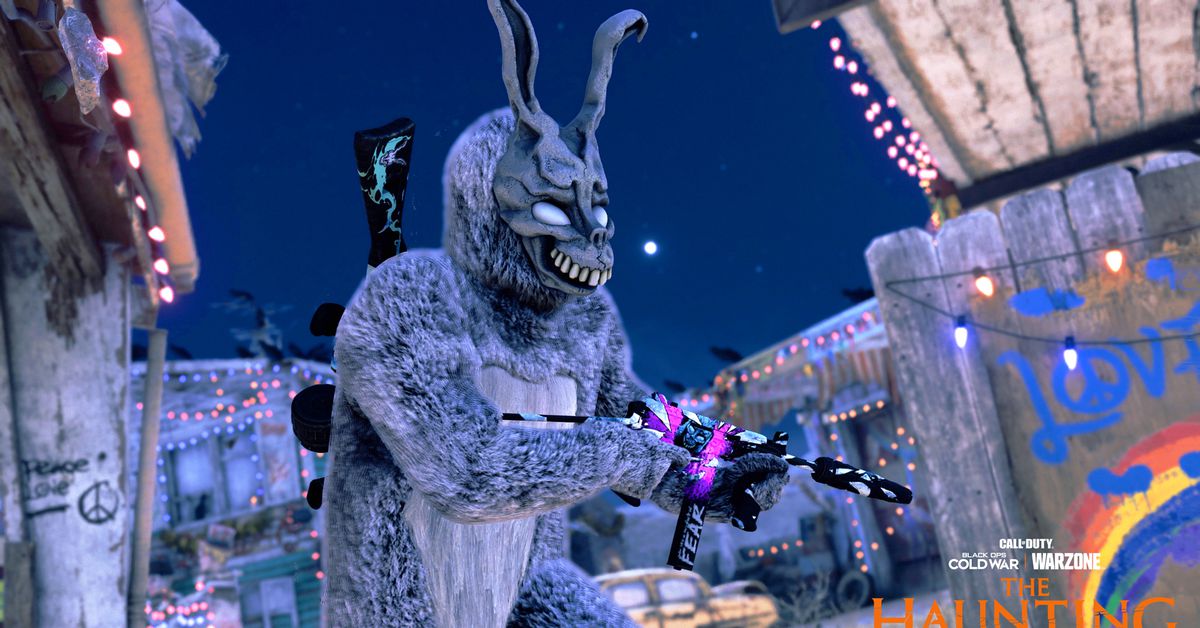 Call of Duty’s annual Halloween event The Haunting will return this week Call of Duty: Black Ops Cold War with Call of Duty: War Zone, Change Ghostface from Scream -There is a new one out-with Frank Rabbit Donnie Darko To the battlefield.And, yes, it seems that Frank can indeed throw at his enemies with the new jet engine. Donnie Darko-Inspire to complete the action.

From October 19th to November 2nd, the “Call of Duty” The Haunting event will bring a lot of creepy content. In addition to the Ghostface operator and Frank the Rabbit skins for Baker, there are new cosmetics: Necro Queen operator skin Portnova skin, Weaver Chaos Disciple skin, Maxis Lumens skin.

As night fell, Verdansk also turned black (literally) War zone Map, it was also infected by gg-ghosts during a limited time event. The developers of “Call of Duty” stated that the ghost of Verdansk is the “spiritual successor” of the Zombie Royale mode that debuted in The Haunting iteration last year. The limited time mode allows players to “fight against human and non-human threats” and act as ghosts.

According to the Call of Duty blog, in the ghost of Verdansk, “death will not send you to the Gulag”. Operators became ghosts after being eliminated for the first time. Although they had no weapons to fight after returning, they could jump, teleport, stun and stun the flesh and blood operators and catch them to death.

Scary game variants will also appear in Call of Duty as a limited-time mode: Infection, where the operator fights against a player-controlled zombie team; Prop Hunt Halloween, player-controlled skeletons, jack-o-lanterns, black cats, bats, and skeleton attempts Avoid other players on the Halloween-themed Nuketown map; and Scream Deathmatch, in which two operators become Ghostface and try to eliminate a group of survivors without any weapons.

The official still has a lot to digest Call of Duty Blog for Season 6 Halloween Event.