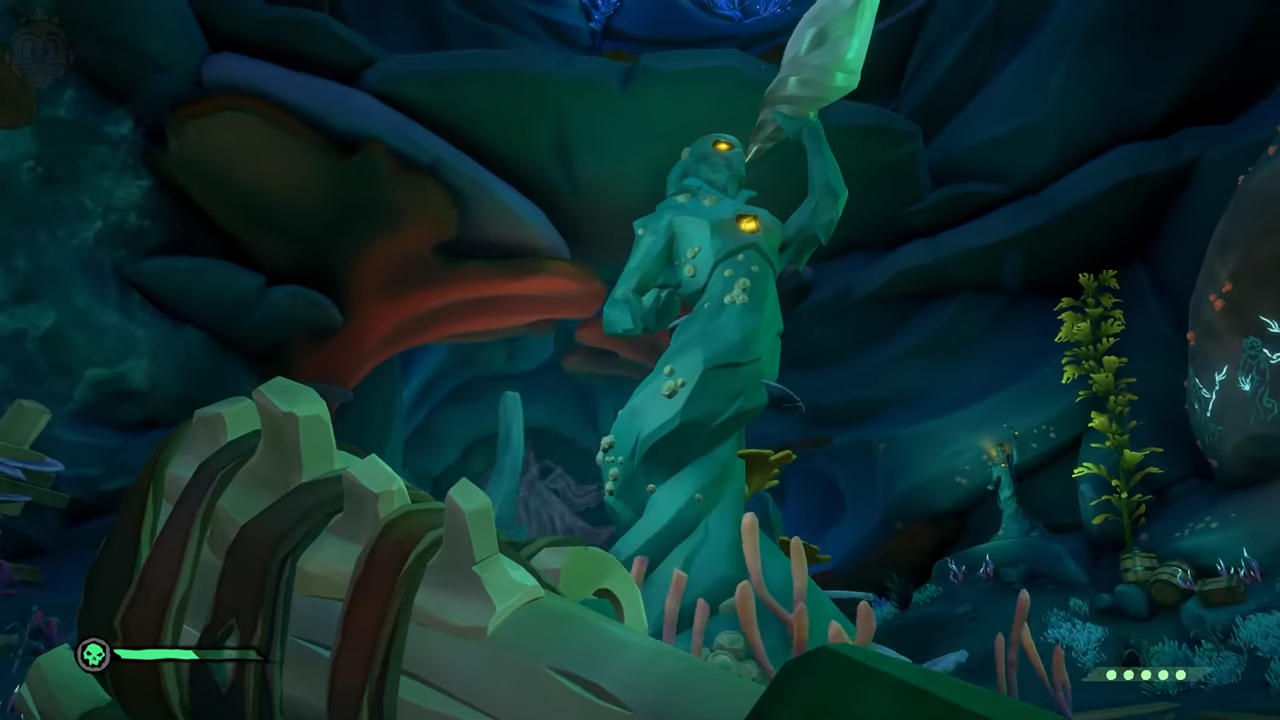 Sunk pearls This is the story introduced in the third season of Sea of ​​Thieves — As most fans are already familiar with, this features a major crossover with Disney Pirates of the Caribbean..

This is the second of the five tall tales that make up this season’s story campaign. Pirate life.. After completing the first quest of the campaign, you’ll have to go looking for Captain Jack Sparrow’s ship, Black Pearl … the only wrinkles, as the name implies, are in the now sunken kingdom. The seabed.

You need to traverse to get what you need from Pearl Siren Spire — You will need to complete the puzzle (and in some cases fight enemies) to move up the tower level.

When you first enter the Siren Spire, the mysterious voice that has guided you so far reveals that she is far less friendly than she appeared, and some ocean crawlers to fight you (this season). Call the new enemy type).

You need to use your chosen weapon to defeat some waves of these enemies.When the last one goes down, they drop Siren heart..

Take this and go around the siren statue in the cave. There are four in all, one of which is larger than the other statues.When you reach something with an empty cavity in your chest, follow the prompts Return the siren heart..

If you look around the cave, you’ll find a glowing mural depicting four sirens that happen to resemble those statues. From left to right, they are:

To solve this puzzle, you need to move the arm of each statue to hold the trident in the position shown in the mural. 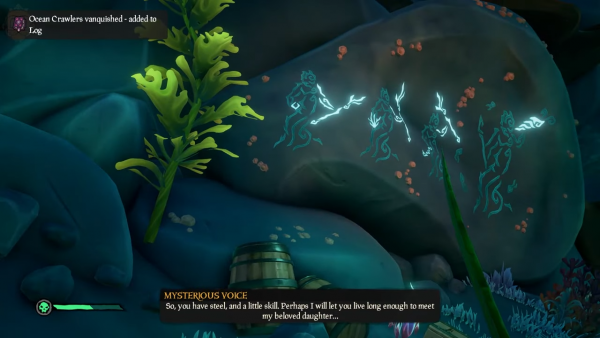 Please note that the angles shown in the murals can be a bit misleading. In particular, the Trident, which is held low in the mural, actually needs to be angled towards the floor of the statue.

Operate the statue’s arm by hitting the statue with the weapon of your choice. If you still don’t know the position, move each statue’s arm in several different rotations so that you can clearly see how they relate to each other. This makes it easier. 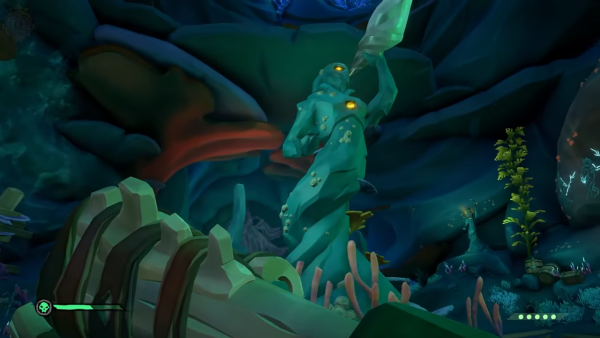 Once you have placed the statue, use your weapon on a large statue with a snail in the center of the cave. If the solution is correct, the cave will slowly begin to fill with water, taking you to the next level.

(If you make a mistake, there is no penalty, so you can retry if necessary.)

Good news: The second puzzle is very similar to the first puzzle. Sometimes the same statue is used. Not very good news. Thanks to the new water level in the cave, we will be doing the same underwater again.

(It’s not that difficult. Keep drinking the air bubbles that pass through to increase oxygen, or resurface if you really need it.)

There are new murals at this level of the cave, but they are very easy to remember. Each of the three small sirens holds the Trident in the highest position. In the statue, this means that the tip of the trident must be facing backwards over the shoulder. 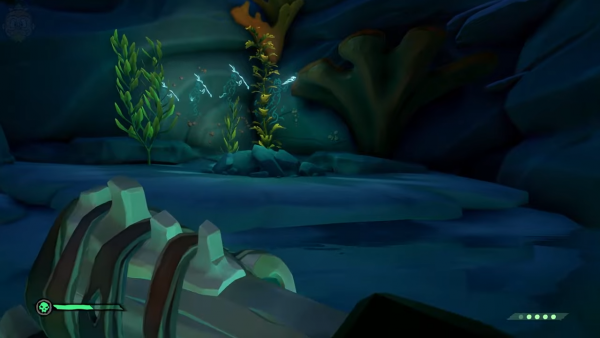 Swim to the final level, adjust the arms of the three small statues, and hit the large statue to blow the snails again. 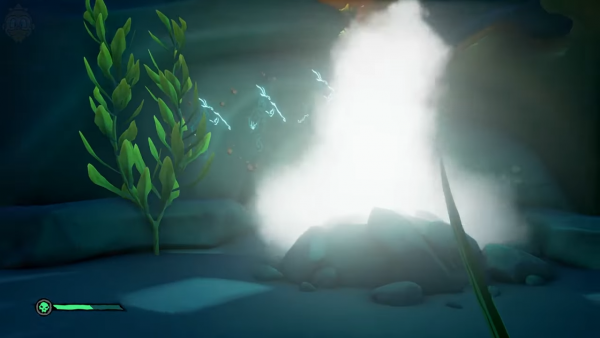 This time, instead of raising the overall water level, a geyser will be fired directly in front of the mural used to solve the latest puzzles. Stand on it and take a wild ride to the next level!

Reaching this level in the cave triggers two waves: Ocean crawler You have to fight. Be sure to pick up the last drop of siren heart.

This level includes a new set of murals and statues, so find what’s missing and put it back in the right place. 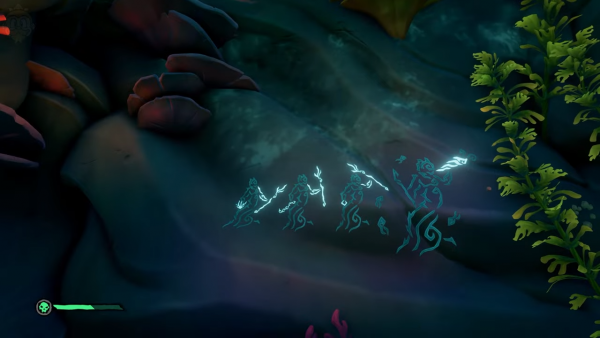 The sirens for this mural are as follows from left to right.

This puzzle is similar to the last two, except that one of the statues is on the shelf above you, out of reach of melee and short range weapons. Fortunately, there’s an armory nearby so you won’t get stuck without packing the right equipment. 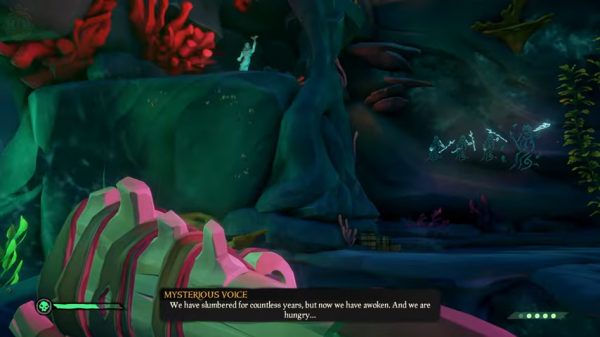 Interact with the large siren statue and blow the snails off again. With proper adjustment, the cave will begin to flood again. Make it float gently on the rising water.

When you reach a new level of dry ground, you’ll see even higher ramps made of what looks like the spine of some large aquatic mammals. 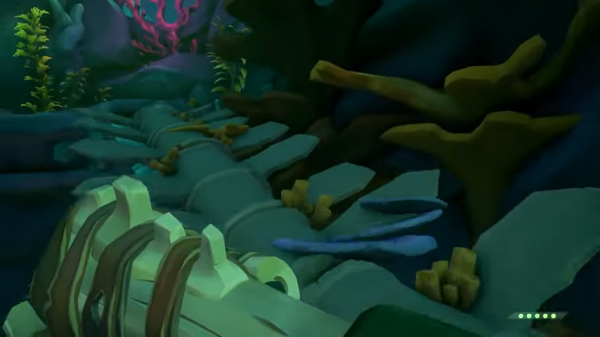 Climb the skeleton and climb the makeshift stairs until you reach the mermaid checkpoint statue and the shimmering barrier landing.

When you’re ready to continue, use your weapon to break through the barrier. Land in a kind of observation room at the top of Spire. There, Mysterious Voice reveals her identity and gives a classic villain speech. Meanwhile, something that looks suspicious, like the Kraken, turns intimidatingly. 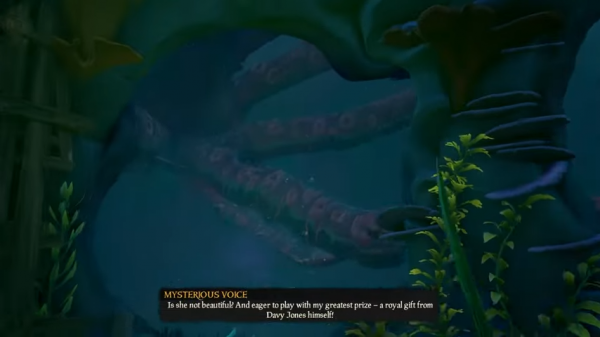 When she’s done, she can return to the sea by breaking through the barriers while keeping the room dry. It’s time to start putting it on the bubbles again.

You need to defeat some enemies before you can move again siren In combat. The final dispatch will drop another siren heart. Be sure to pick it up from where it fell.

Pull out Jack’s compass Following that, there is a rock wall carved with the face of a siren, with statues on both sides. Place the siren heart in the empty chest of the statue on the right. 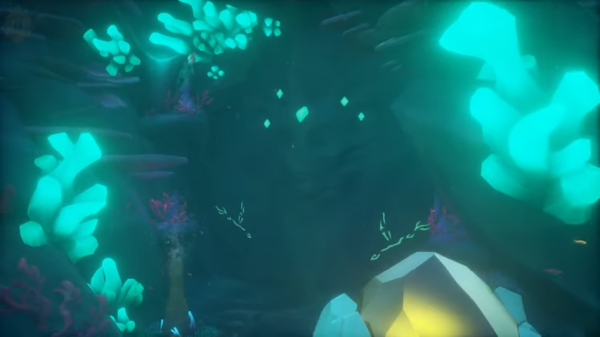 Looking back at the siren’s face, there are familiar murals on either side, indicating that the trident arms of both statues are moved to a central position. Once this is done, swim to the ledge above the statue on the left and interact with Conch and another big siren statue. 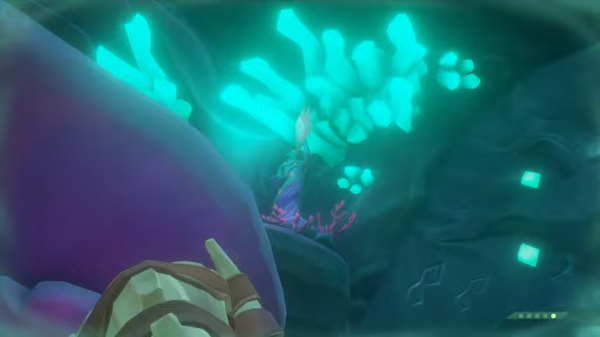 If you do this correctly, the walls of the cave with the siren face will drop, Sunken citadel And the next stage of the quest.