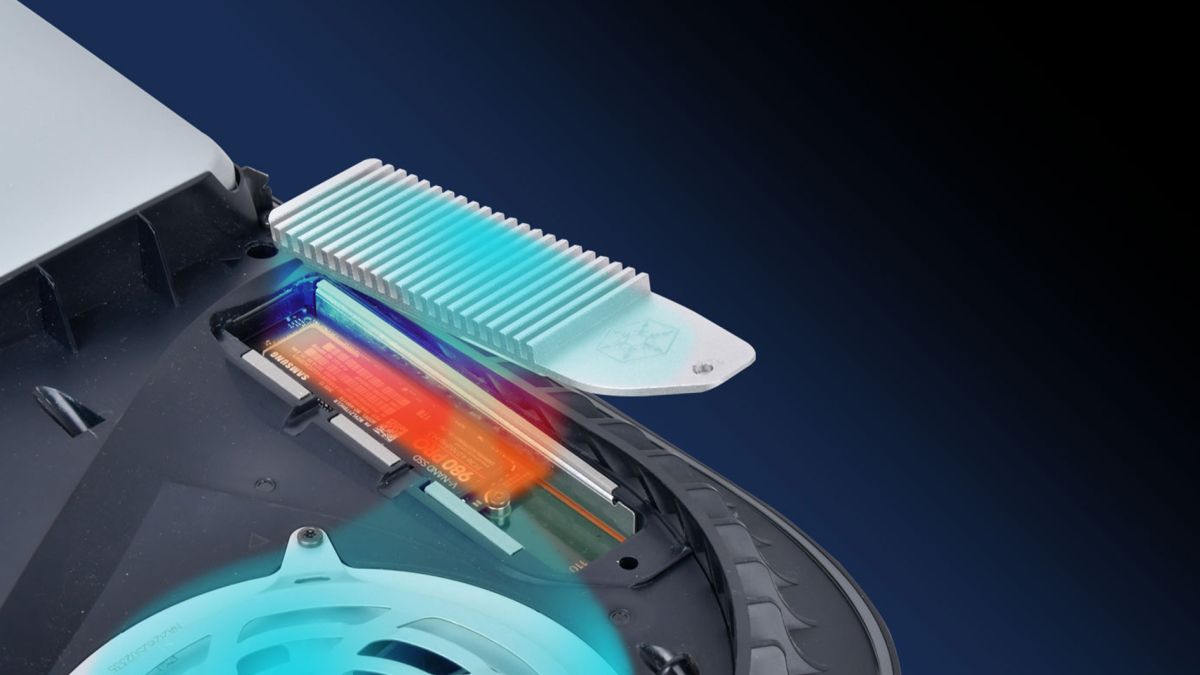 Console games still lag behind the PC realm when it comes to customization options. One of the greatest perks of being a PC gamer is being able to adapt the build to your needs.

Thankfully, consoles are getting better. For one thing, they’re all using some kind of external storage now. Some like the PS5 even let you tweak the internal storage with a replaceable m.2 drive, but even that’s not super easy due to cooling issues.

For PCs, the motherboard usually has enough cooling capacity to handle the heat of most drives plugged into it. However, the construction of the PS5 means that the SSD needs its own heatsink, which is not necessarily too common. Samsung recently put a cooler on its 980 Pro, making it an attractive option for console owners, but this new 3rd party standalone cooler might just be the ticket.

SilverStone (Discover hardware information) released TP06, a specially designed heatsink cover for PS5 M.2 SSD. This precisely-shaped piece of aluminum alloy is designed to sit perfectly on top of an SSD and stay cool. Hopefully, it will give people more options when it comes to upgrading the PS5 hardware, with plenty of SSDs to choose from regardless of the cooler.

And sorely needed, with the file sizes of today’s HD games, that space can fill up quickly. If you’re lucky enough to snag a PS5 while there’s a console shortage, you’ve probably also experienced the craving for a bigger hard drive. Hopefully SilverStone’s TP06 will come out at a price as reasonable as its proposed features.

Consoles aren’t necessarily the only ones that need a new radiator option for storage. SSDs are only going to get hotter in the future, with some predicting that as the technology heats up, SSD coolers will become the norm.