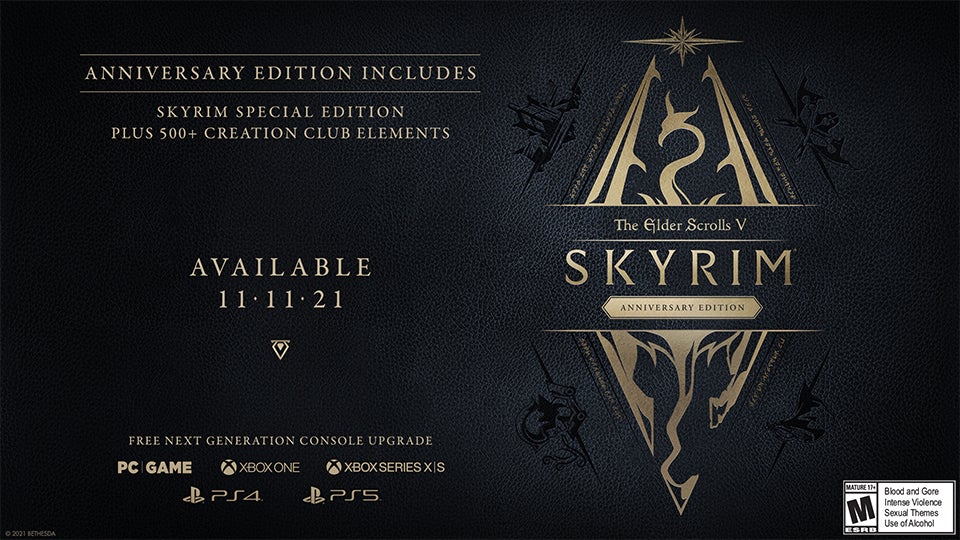 The main problem with the Anniversary Edition is that it is an update of an existing game rather than a new version. What followed was a change to Skyrim Script Extender, which is a plug-in that allows mods to work with games.This version updates the compiler from Visual Studio 2015 to the 2019 version, which changes the way the code is generated, “to force mod developers to find functions and write hooks from scratch”, a SKSE developer wrote Reddit postal.

“Plugins that use the address library need to be divided into’pre-AE’ and’post-AE’ eras. Code signing and hooks need to be rewritten. We all need to find the function again. The inline behavior of the compiler has changed enough to make one hundred thousand A function disappeared, or was inlined, or deleted, from the right perspective,” the article continues. In simple terms, this means that many mods will no longer work at all without having to invest a lot of work to update them. “This actually means that after the release of AE, the native code mod scene will be destroyed for an unknown period of time.”

Considering how mods have helped extend Skyrim’s lifespan over the years, it’s surprising that Bethesda seems to weaken the mod community with every update. In any case, the anniversary edition will include the highly sought-after next-generation update and new content such as fishing.

The Skyrim Anniversary Edition will be available on PC, PS4, PS5, Xbox One and Xbox Series X/S on November 11.